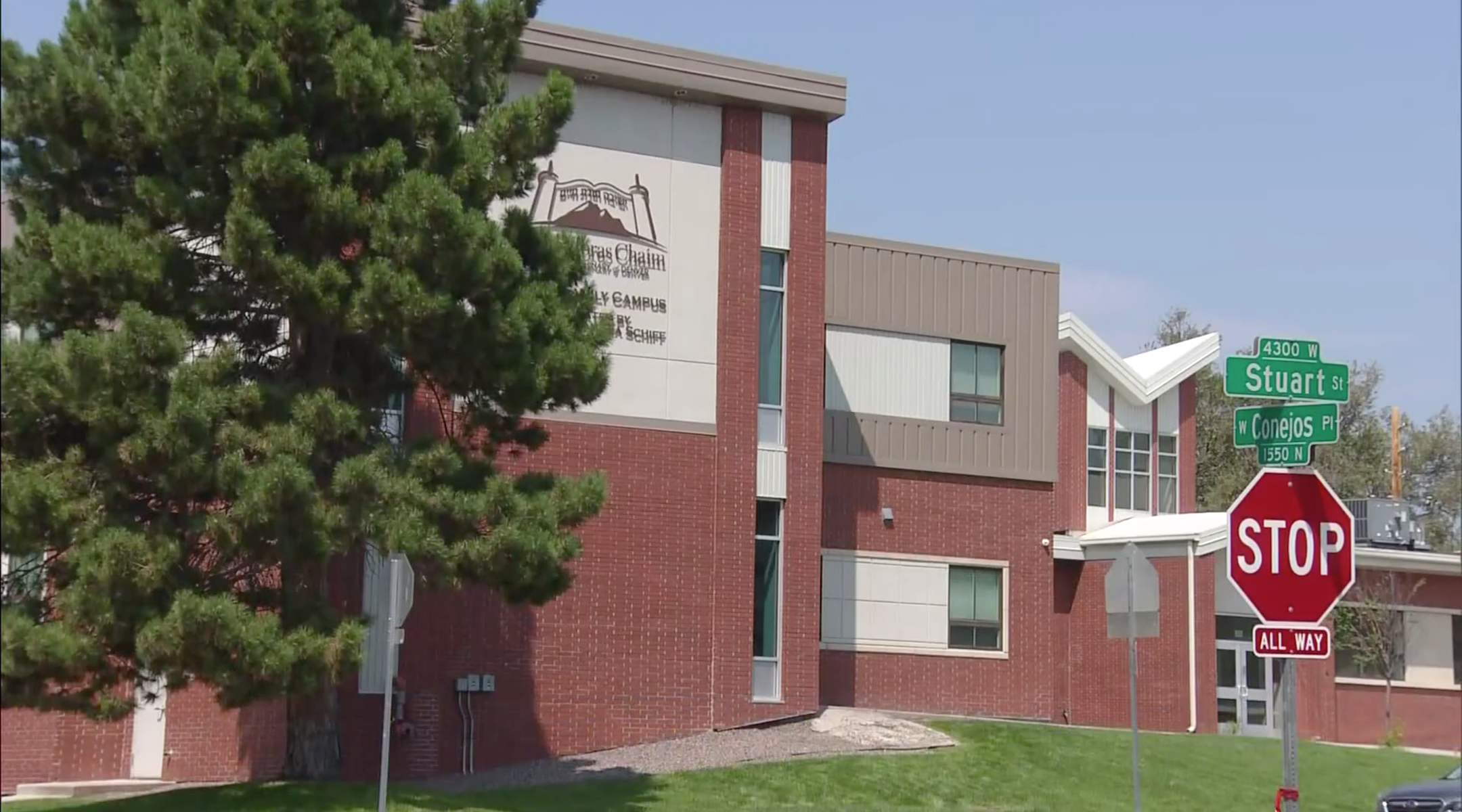 (JTA) — Four young men have been arrested for shooting and killing a Jewish student in Denver at the end of a violent crime spree Tuesday night. Police say there’s no indication the shooting was motivated by antisemitism.

The victim, Shmuel Silverberg, 18, was an Orthodox Jew who was killed outside Yeshiva Toras Chaim, the religious school where he was studying. But police say that after arresting and interviewing four of the young men suspected of murdering him, it doesn’t appear that he was killed because he was Jewish.

Matt Clark, a Denver police official, said that Silverberg’s death was likely the tragic end of a random string of crimes, allegedly committed one after another that night by the same group of people. None of the suspects, he said, has mentioned the fact that the person they are suspected of killing was a Jew.

Earlier in the night, the group allegedly shot another man while robbing him. They are also suspected of stealing a car and robbing a business. A fifth suspect is still at large.

“After examining the evidence, to include the series of offenses that were seemingly randomly committed, the random victimization that occurred, the close time frame of these events, I do not believe there is a bias motivation to these events,” said Clark, commander of the Denver Police Department’s major crimes division.

“At this point, no one has made mention of the victim’s religion or offered any information indicating they were targeting the school or the Jewish community,” he added. “While I cannot comprehend it, the best explanation we have at this point is that this group of offenders went out and randomly assaulted, robbed, stole from, shot and ultimately killed an individual that evening.”

Silverberg was shot outside the yeshiva, which is located in a quiet residential neighborhood of the city. According to police, he ran away from the attackers, who chased him just inside the school after shooting him. Fellow students tried to perform CPR on him before he was rushed to the hospital, where he died.

Originally from University Heights, a Cleveland suburb with a large Jewish community, Silverberg was studying in Denver as a post-high school student, the Intermountain Jewish News reported. His family has since moved to Lakewood, New Jersey, where his burial was planned for Thursday.

“Shmuely, Shmuely, where are you,” Steinberg said through his sobs. “What are we going to do without Shmuely? We need you! You can’t go away!”

The rabbis’ faces and tears revealed the shock and grief that Silverberg’s death brought to the Yeshiva Toras Chaim community.

They spoke of the “tremendous void” that the young man’s murder has brought to the school, the “infectious smile” that he regularly displayed, his devotion to Torah study, his passionate prayer, his sterling character and the helping hand that he regularly extended to his fellow yeshiva students.

More than one rabbi noted that Silverberg’s love of Torah and Judaism in general set an example not only for his fellow students but faculty members as well. “You came here,” one rabbi said, “to teach us to be better people.”

In the time since the shooting, varying accounts of the incident have circulated around social media, with some suggesting it was motivated by antisemitism despite police statements. A Yeshiva Toras Chaim official told the Jewish Telegraphic Agency that for now, the yeshiva is focusing on comforting Silverberg’s family and tending to the wellbeing of its students.

“There are different details and different things that happened,” the official told JTA Thursday morning. “Right now, the yeshiva is focused on making sure that the trauma to the [students] and to the family is taken care of. So we’re working on the mental health aspects of the [students], the rabbis and the Silverbergs.”

The four suspects in the shooting may have met in a juvenile correctional facility, according to police. Clark said that one of them had cut an ankle monitor off of his body before the crime spree, and said that “at least one of the offenders” was subject to an arrest warrant after escaping from custody. It’s unclear if Clark was referring to the same person.

The names of the offenders are Isaiah Freeman and Aden Sides, both 18, Noah Loepp-Hall, 19, and Seth LaRhode, 21. According to local news reports, LaRhode was previously sentenced to five years in juvenile detention for shooting his friend in the head with a stolen gun in 2017. Police are still searching for a fifth suspect, Samuel Fussell, 19.

A local Anti-Defamation League director, Scott Levin, said in a statement that Silverberg’s murder has shocked his community, even if he wasn’t killed because of antisemitism.

“While police do not believe the victim was targeted because of his Jewish identity, the shooting has certainly shattered a sense of peace and calm in the community,” said Levin, the ADL’s Mountain States regional director. “We continue to offer our deepest condolences to the family and friends of Shmuel Silverberg and extend our support to the entire Yeshiva Toras Chaim community.”