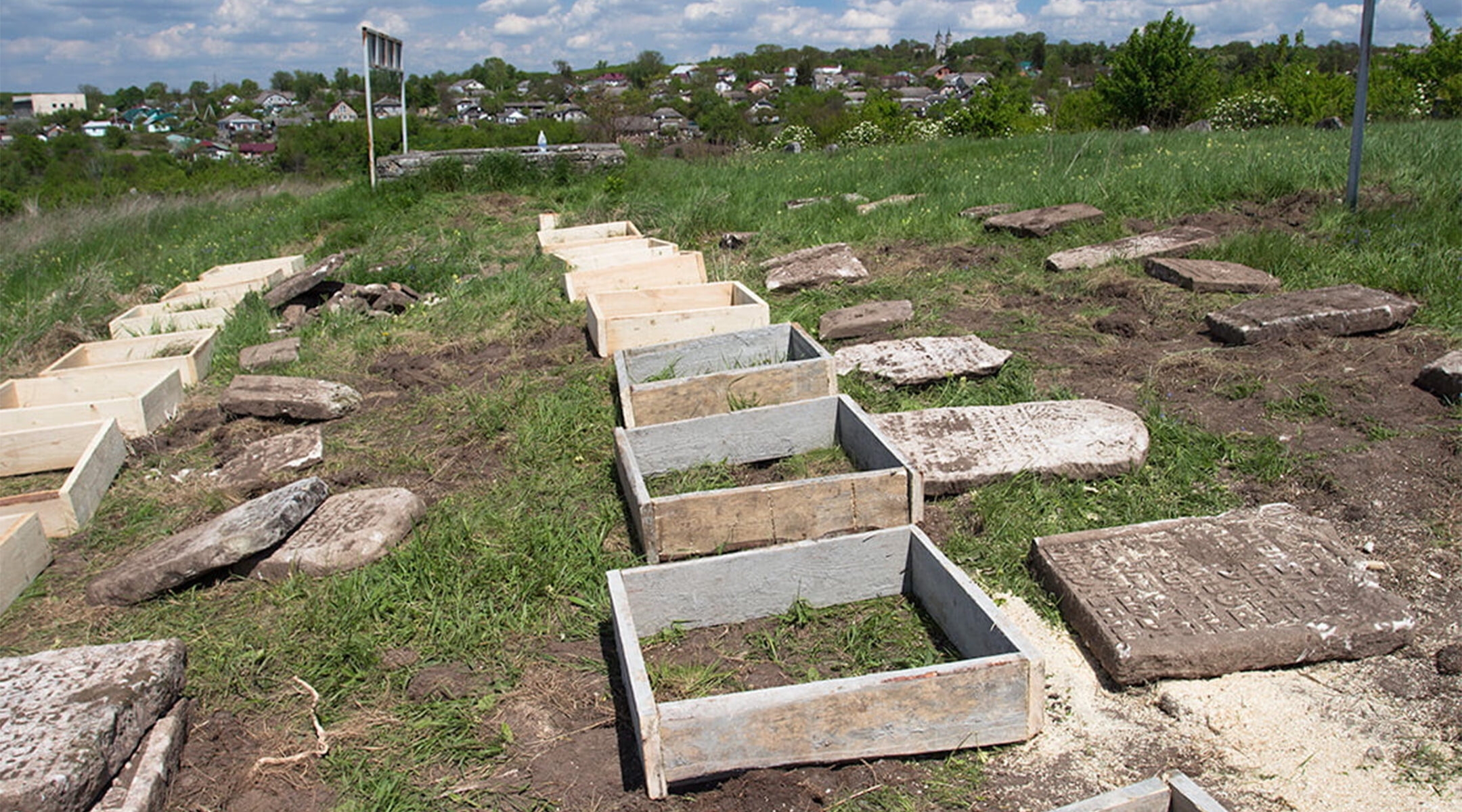 The dispute is over works at the cemetery of Sataniv, near Ternopil in western Ukraine, the website Jewish Heritage Europe reported Tuesday.

In recent months, Agudas Oholei Tzadikkim has been performing what the Orthodox group said was renovation work on some of the oldest parts of the cemetery. Jews built a synagogue in Sataniv as early as the 16th century.

According to the Jewish Heritage Europe report, ancient headstones were erected in the frameworks and planted at random in some parts of the cemetery, away from the graves whose whereabouts they mark.

Part of the cemetery has been “irreversibly harmed,” Ilia Rodov of the Department of Jewish Art at Bar-Ilan in Israel told JHE. “Many tombstones have been crudely renovated and misplaced.”

Boris Khaimovich, chief curator of the Museum of Jewish History in Russia, told JHE, “I think this is a crime.”

Ukraine has no laws to effectively regulate renovation works of the kind done there by Ohalei Tzadikkim, according to the report.

The group did not return the Jewish Telegraphic Agency’s emails and phone calls on Friday seeking comment.