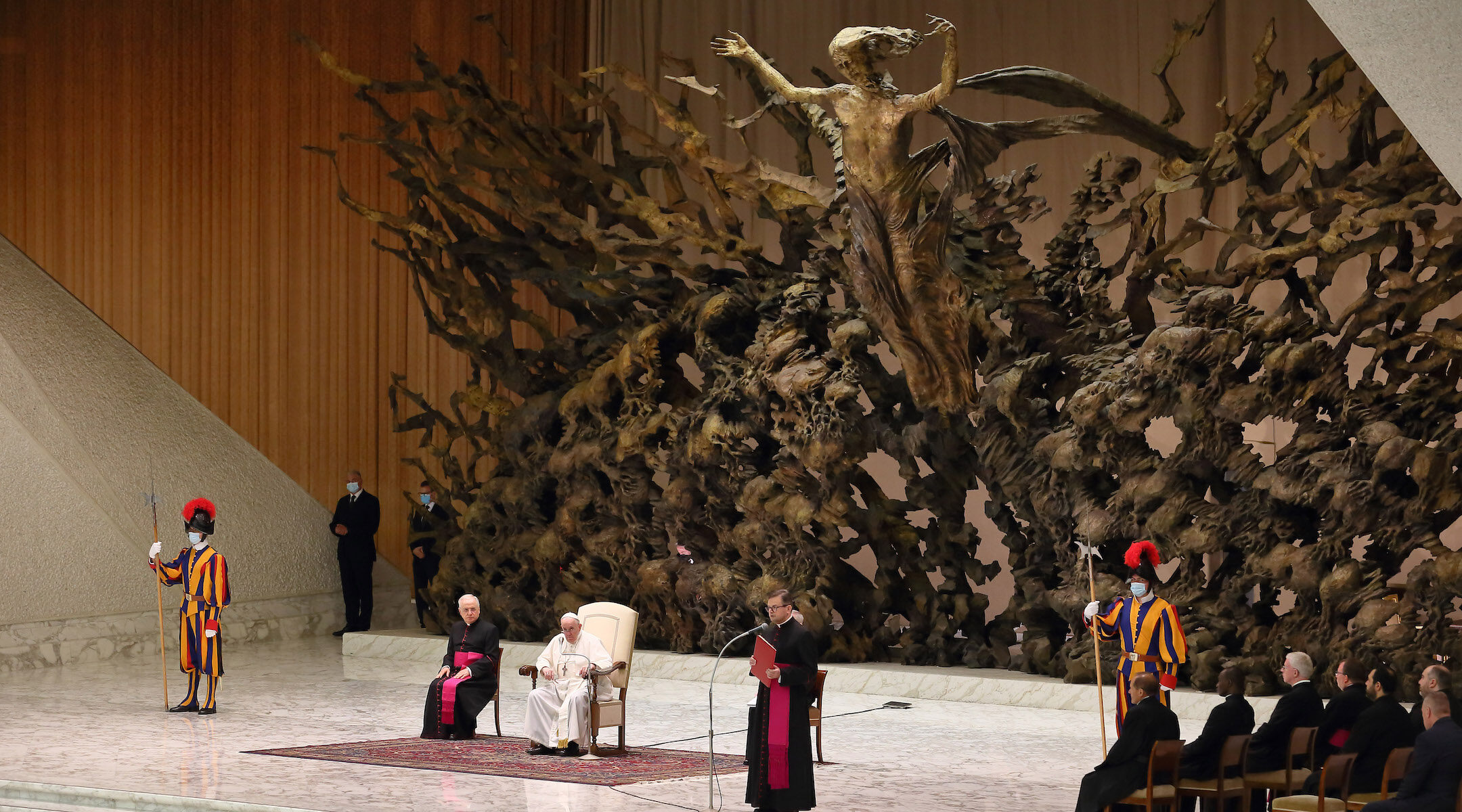 (JTA) — Israel’s Chief Rabbinate has asked Pope Francis to retract a recent comment about Jewish law that it said might lead Catholic listeners to “derogatory conclusions” about Jews.

Rabbi Ratzon Arusi, chair of the Chief Rabbinate’s Commission for Interreligious Affairs, sent a letter to the Vatican expressing concerns about an Aug. 11 lecture there on God giving the Torah to the Jews, Reuters reported Wednesday. The Torah is the name given to the first five books of the Jewish Bible.

“God offered them the Torah, the Law, so they could understand his will and live in justice,” Francis said in the homily, according to a translation of his remarks provided by the Vatican. “We have to think that at that time, a Law like this was necessary, it was a tremendous gift that God gave his people.”

What he said next is the objectionable part: “The Law, however, does not give life, it does not offer the fulfillment of the promise because it is not capable of being able to fulfill it,” the pope said. “The Law is a journey, a journey that leads toward an encounter … Those who seek life need to look to the promise and to its fulfillment in Christ.”

The letter from Arusi was addressed to Cardinal Kurt Koch, whose department at the Vatican handles Jewish relations.

“In his homily, the pope presents the Christian faith as not just superseding the Torah; but asserts that the latter no longer gives life, implying that Jewish religious practice in the present era is rendered obsolete,” Arusi was quoted by Reuters as writing.

“This is in effect part and parcel of the ‘teaching of contempt’ towards Jews and Judaism that we had thought had been fully repudiated by the Church.”

Arusi asked to “convey our distress to Pope Francis” and requested the pope act to “ensure that any derogatory conclusions drawn from this homily are clearly repudiated.”

Koch’s office told Reuters on Wednesday that he was “considering [the letter] seriously and reflecting on a response.”

Francis enjoys a good reputation when it comes to Catholic-Jewish relations. He co-authored a book with a rabbi many years ago when he was still the archbishop of his native Buenos Aires. Last month, Francis acted to restrict the use of the Latin Mass, a liturgical form that calls for the conversion of Jews and refers to Jewish “blindness.”