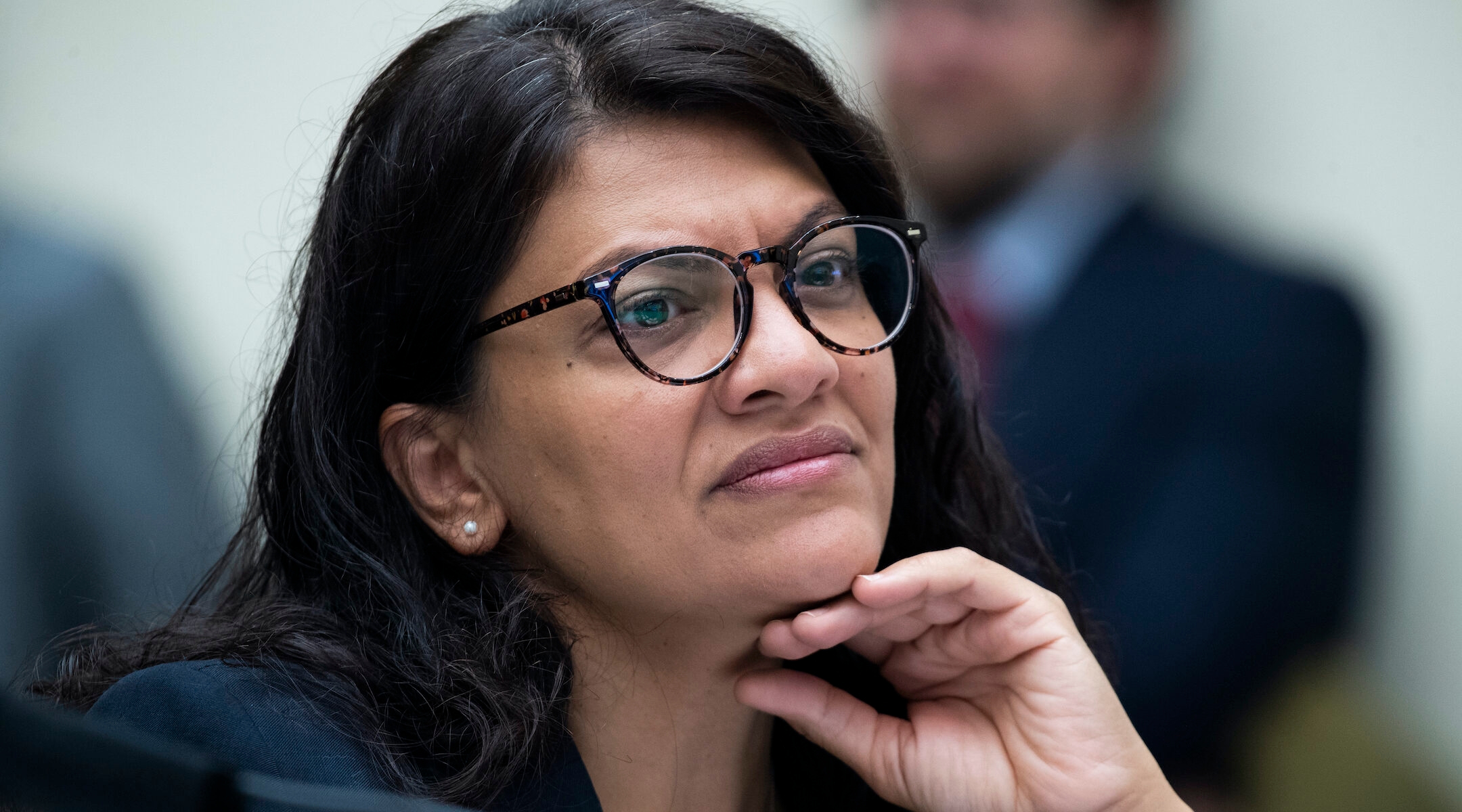 WASHINGTON (JTA) — Michigan Congresswoman Rashida Tlaib called for Israel to return the body of a woman who was killed while she attempted to kill Israeli soldiers.

In a Twitter thread on Saturday, Tlaib, one of Israel’s harshest critics in Congress, slammed Israel for its policy of holding onto the bodies of assailants who are killed during an attack.

“Meet Mai Afana’s mother, Khuloud, who is fighting to be able to bury her daughter & begin her healing,” wrote Tlaib, a Palestinian American. “Mai was a mother, loving daughter & successful PhD student. She was killed by the Israeli government last June. Israel won’t release her body to her family.”

Attached to the tweet is a photo of Afana’s mother holding up a poster of her daughter.

Afana was killed on June 16. The Israeli military said at the time that she had rammed her car into a West Bank checkpoint near Jerusalem and then, holding a knife, had rushed the soldiers at the checkpoint. An Israeli soldier was lightly injured in the attack.

Israel routinely holds bodies of assailants as a means of bargaining for live Israeli captives and the bodies of Israelis held by Hamas in the Gaza Strip.

Tlaib does not in her Twitter thread explain the background to Afana’s death except for an apparent allusion to her belief that the army had not made its case against Afana, saying that bodies are held “without proof.”

“I am sharing Mai’s story because I began to only learn last year of this inhumane practice by the Israeli govt,” Tlaib wrote. “Without proof, they make claims, and all to just continue to dehumanize Palestinians even after they have died. We must stand against this form of collective violence.”

Tlaib also does not address the underlying rationale for the policy — Hamas’ refusal to return Israeli bodies and captives. She does link to a Human Rights Watch report condemning Israel for holding another Palestinian’s body; that report mentions Israel’s rationale for holding the bodies and condemns Hamas as well.

“The Palestinian people deserve the same dignity as any other human being,” Tlaib wrote. “To deny the right to see their loved ones for a modicum of closure is another form of painful violence from the U.S. sponsored, Israeli arsenal. Mai’s dead body is one of hundreds being held.”

Tlaib is one of a handful of progressive Democrats who back the boycott Israel movement and who during the Israel-Hamas conflict in May called for a cut in funding to Israel. She is the only member of Congress who says she believes Israel should not exist as a Jewish state.