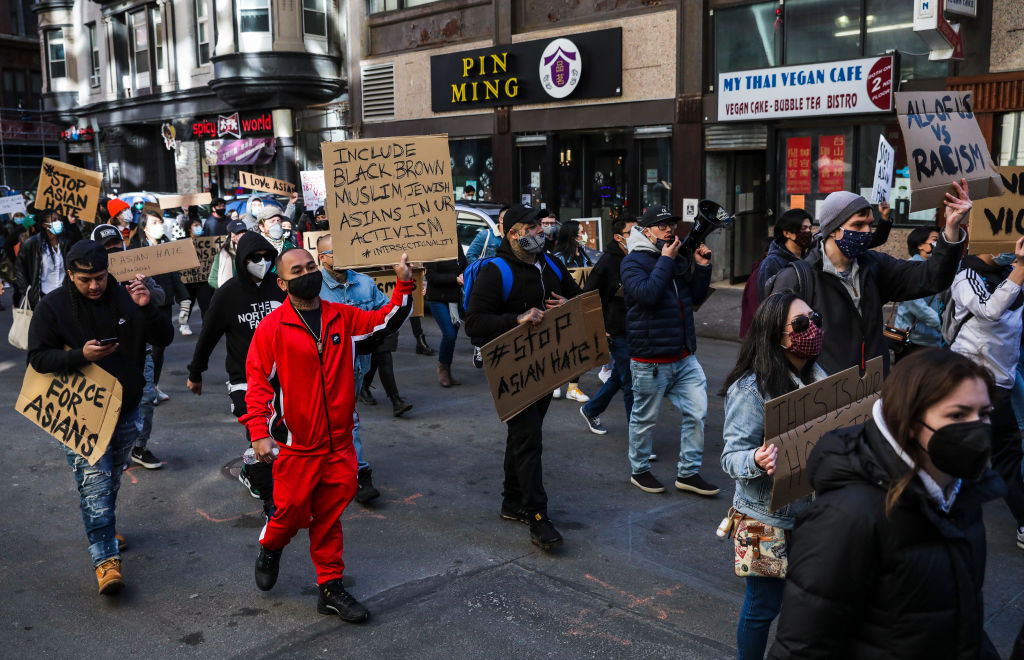 (JTA) — The FBI recorded the largest number of hate crimes last year since 2008, including spikes in the number of anti-Black and anti-Asian hate crimes.

Anti-Jewish hate crimes dropped from 953 in 2019 to 676 last year, a decrease of 29%. Anti-Jewish crimes again made up the majority of hate crimes based on religion in the annual report, which scholars and officials have cautioned not to view as a comprehensive reflection of the state of hate crimes in America.

Meanwhile, the number of Jewish incidents decreased last year relative to 2019, a year that was punctuated with three lethal antisemitic attacks and a wave of antisemitic street harassment in New York City. Those incidents became far less common in 2020 once street life, and in-person gatherings at synagogues, largely ceased during the pandemic. The report looked only at 2020, before the conflict between Israel and Hamas in Gaza in May 2021 drove a spike in reports of antisemitic incidents.

The FBI relies on reports of hate crimes from more than 15,000 police precincts nationwide, and a report from the Department of Justice last year found that 87% of precincts reported zero hate crimes in 2017. A book on the subject from this year by two criminal justice professors said the annual number stands at 89%.

In an audit released earlier this year, the Anti-Defamation League reported more than 2,000 incidents of antisemitism in 2020, a slight decrease from 2019. The discrepancy between the ADL’s and FBI’s numbers is due to differences in methodology. The ADL gleans its tally from individuals, organizations and media reports as well as police. In addition, for the FBI to count an incident, it has to rise to the level of a crime, while the ADL includes a broader range of allegations.

On Monday, ADL CEO Jonathan Greenblatt said the lack of reporting by police precincts is “simply not credible.”

“Data drives policy and without having a complete picture of the problem, we cannot even begin to resolve the issues driving this surge in hate and violence,” he said.

The FBI recently embarked on a national campaign to encourage people and police to report hate crimes to its 56 field offices around the country.

“We know that hate crimes are underreported,” the FBI told the Jewish Telegraphic Agency in a statement earlier this month. “It is our goal to increase this reporting, from law enforcement agencies and the public alike, so we can gather more information to identify trends and take action to stop these crimes from occurring.”