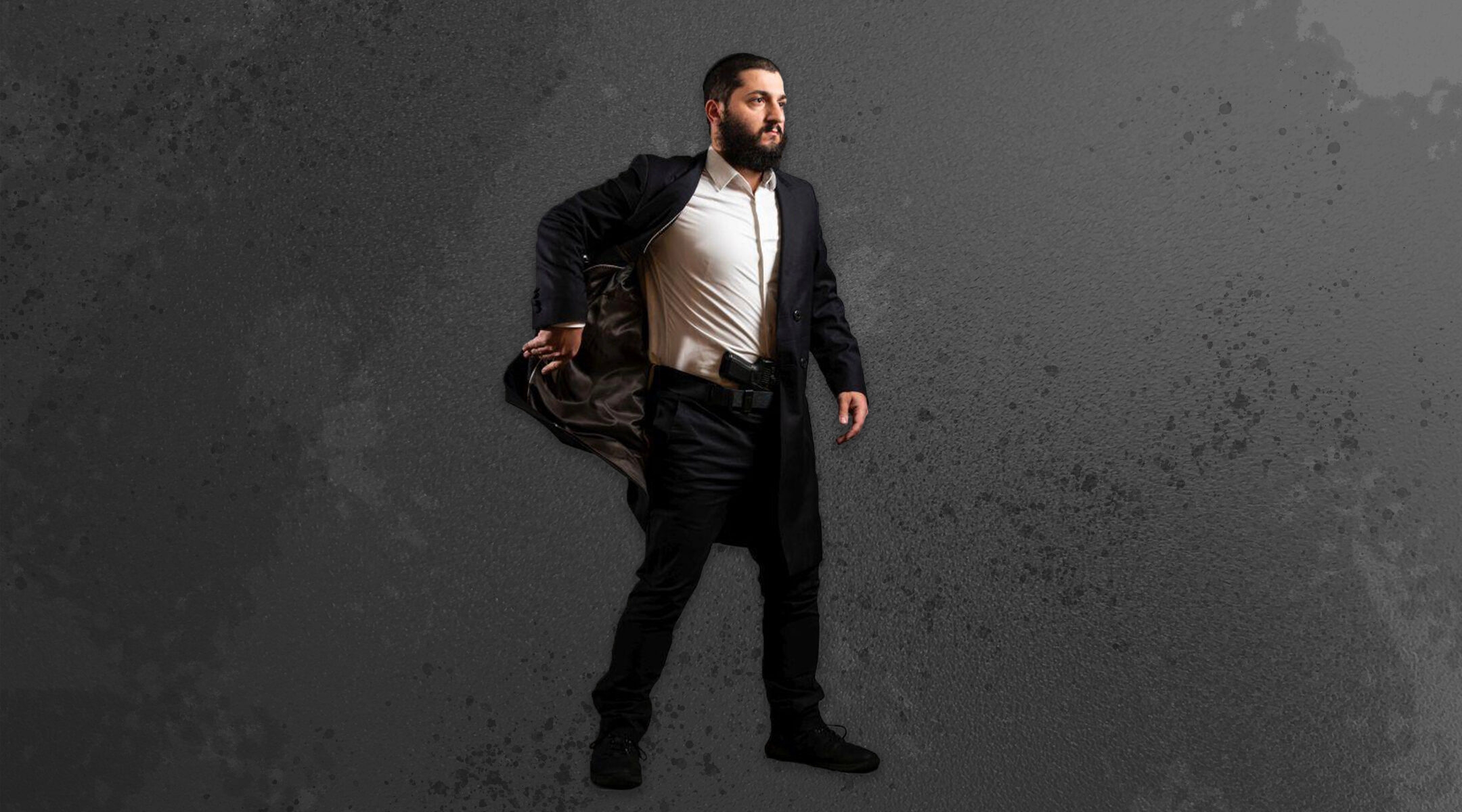 (JTA) — Rabbi Raziel Cohen doesn’t want you to have to draw a gun in synagogue. But if you must, he doesn’t want you to waste precious time unbuttoning your kapota, a type of jacket worn by men in the Chabad Hasidic community on Shabbat and Jewish holidays.

So Cohen, a firearms instructor who goes by the moniker “The Tactical Rabbi,” worked with Shaul Snovsky, who sells kapotas in South Florida, to create the Tactical Kapota. The jacket, which looks like any other kapota, closes with snaps instead of buttons for easy opening. Its cost: $550.

By adding snaps underneath the buttons, the Tactical Kapota looks like a regular jacket.

“Usually in a shul we try to keep a low profile, we don’t want to look like we’re in a war zone,” Cohen said.

A video ad for the kapota shows a man studying in a synagogue when the building is attacked. The man fumbles to unbutton his kapota to reach his holstered gun until the words “every second counts” flash across the screen. The video then shows the man unsnapping the Tactical Kapota in seconds before drawing his gun.

“I’m not selling fear over here, I’m selling awareness,” he said. “Some people are calling me and saying is it a joke, and it’s not a joke. You just never thought about it.”