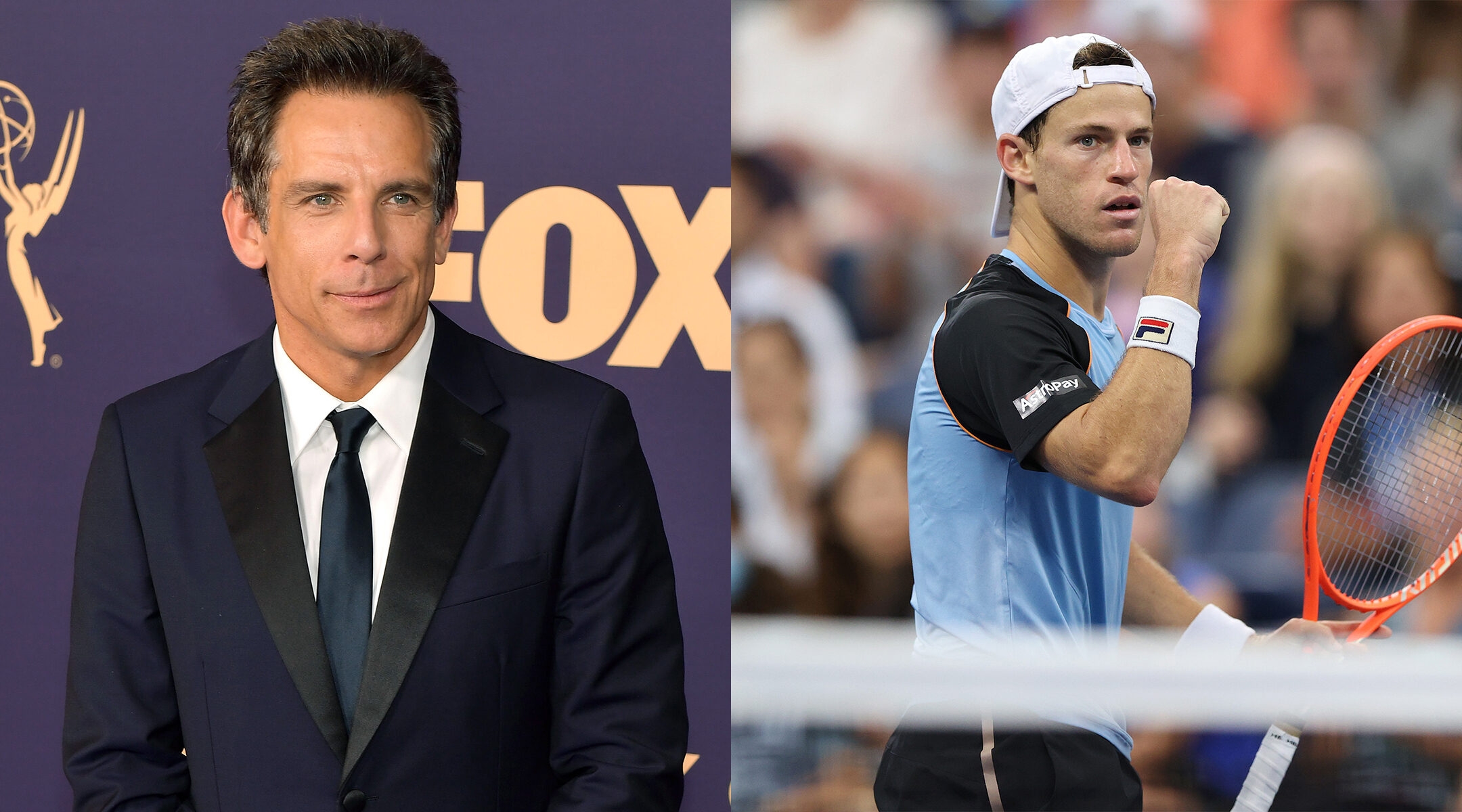 While Schwartzman was eliminated from the U.S. Open in New York on Sunday, he snuck in some more quality with Stiller, the Jewish actor who happens to be one of Diego’s biggest fans. On Wednesday, the Jewish tennis star’s girlfriend posted a photo of the three of them at a New York restaurant, captioned “Date night.”

The Stiller-Schwartzman friendship surfaced last week, after Schwartzman defeated his second round opponent in straight sets. Severe weather from Hurricane Ida caused delays and the players had to switch courts — but Stiller stuck it out to cheer Schwartzman on until the very end.

After the rain delay, Schwartzman stopped by his box, where Stiller was sitting.

“I said to him, ‘This is a movie, it’s for you, it’s your day,’” Schwartzman recalled. “He was smiling. Then he waited for the change to Ashe. He stayed here until 2:30 a.m. when everyone was able to go back to the city. It was great.”

But Schwartzman and Stiller had first met at the U.S. Open in 2019, when Schwartzman lost to Rafael Nadal in the quarterfinals.

“We took a picture. I put it on my Instagram at that time,” Schwartzman told the ATP Tour website. “After that we had a very good relationship on WhatsApp. We texted a few times. Obviously nobody came to the tournament [last year]. This year since I arrived in New York, I was in contact with him, texting him.”

Stiller remained an ardent Schwartzman fan, tweeting constantly during this year’s Open in support of the Argentine.

Stiller, not a big tweeter, tweeted nine times in support of Schwartzman over the course of his fourth round match. And while Schwartzman ultimately lost in an upset to Botic van de Zandschulp, a Dutch qualifier, Stiller remained a loyal fan.

(It’s worth noting that both Schwartzman and Stiller are both often generously listed around the same height of 5-foot-7 — perhaps that’s an extra reason for the solidarity.)

Schwartzman’s girlfriend Eugenia De Martino posted the date night selfie on the second day of Rosh Hashanah. It’s unlikely the group celebrated the Jewish New Year together, but Schwartzman did tweet out his own New Year message.