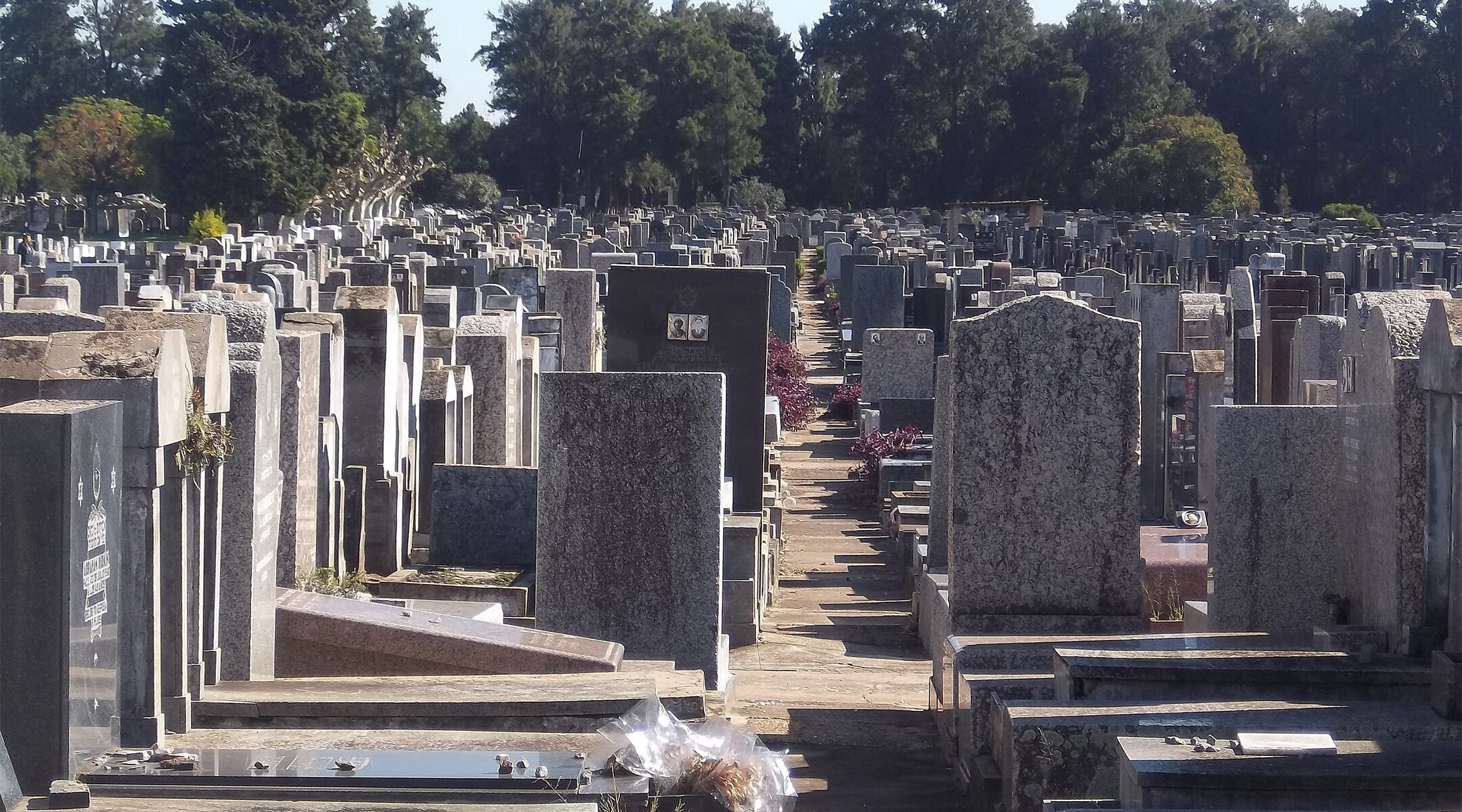 (JTA) – More than 100 headstones were smashed at a Jewish cemetery in Argentina that had seen similar damage in 2009.

The vandalism at the Tablada Cemetery in the Buenos Aires area was discovered on Sunday, the Jewish news site Visavis reported. The headstones were between the cemetery’s older section and the new one, which also contains the remains of dozens of victims from the 1994 terrorist bombing at the AMIA Jewish community center in Buenos Aires.

AMIA, the umbrella of Argentine Jewish communities, condemned the vandalism and lamented the “neglect and lack of control” by law enforcement around the cemetery in La Matanza, an eastern district of the Argentine capital. Police are investigating, AMIA said in a statement. It did not say whether there are indications of the vandalism being an antisemitic hate crime. There are no suspects.

In 2009, unidentified individuals defaced more than 60 headstones, including victims of the 1994 bombing. That vandalism also happened shortly before Rosh Hashanah, the Jewish New Year, which this year began on Monday evening. AMIA did call that vandalism antisemitic.