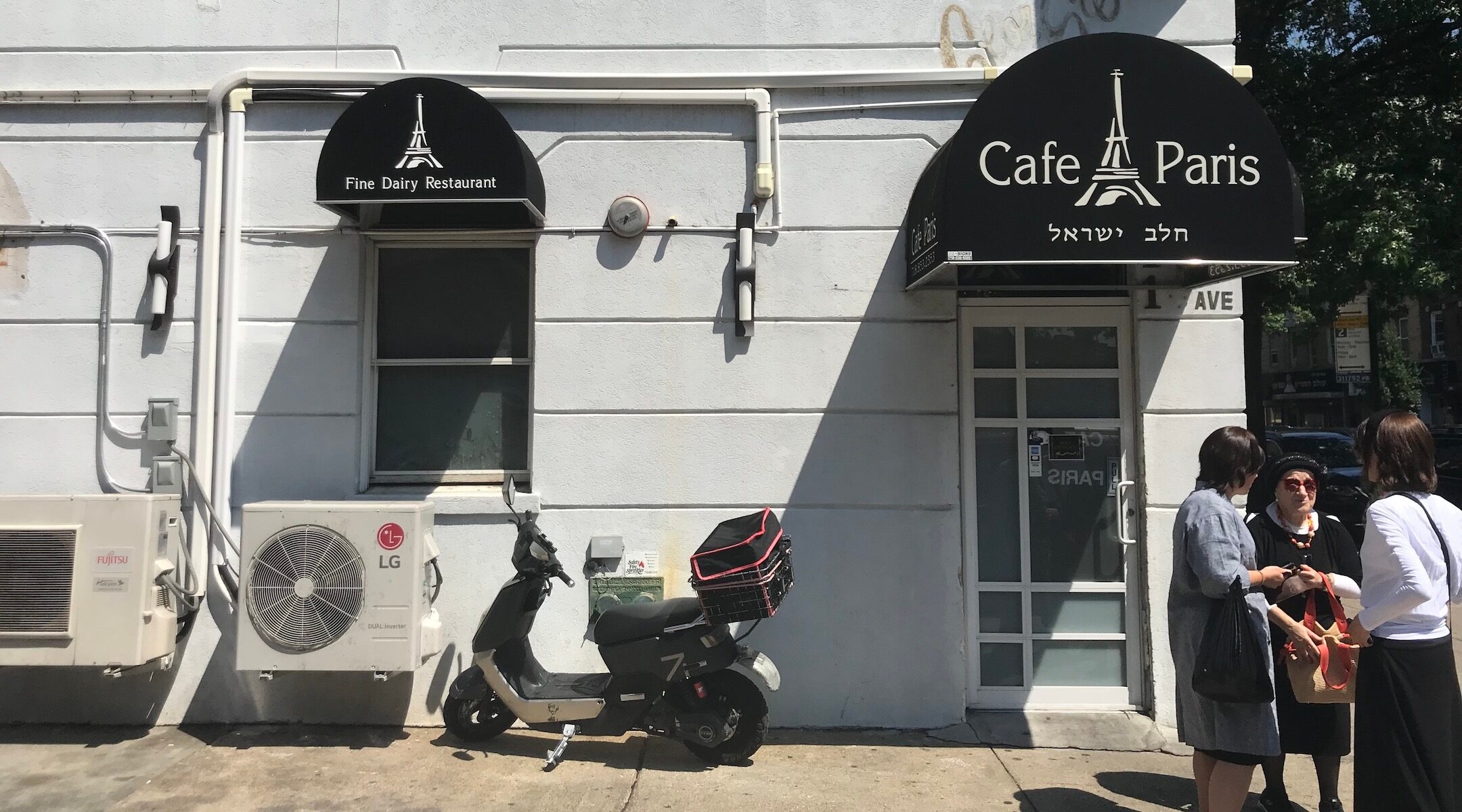 The owner of this kosher restaurant in Brooklyn says a vaccine mandate will not convince the unvaccinated to get the shot. (Lauren Hakimi)
Advertisement

(New York Jewish Week via JTA) — New York City Mayor Bill de Blasio announced last month that beginning Sept. 13, restaurants would have to ask customers for proof that they received at least one dose of a COVID-19 vaccine in order for them to dine indoors or else be fined.

As the deadline approached, some kosher restaurants in New York City were still debating the consequences of complying — or not.

“I don’t know what I’m going to do,” Miriam Lebovitz, the manager of Milk N Honey in Borough Park, Brooklyn, said last week. “I think it’s going to hurt us very bad.”

For kosher restaurants in Borough Park, where many Orthodox Jewish residents have taken to the streets to burn masks and protest COVID restrictions, deciding whether to follow the city’s mandate means weighing the cost of fines against the cost of losing unvaccinated customers.

“I don’t know what customers will do,” Lebovitz said.

A kosher pizzeria owner in Brooklyn is more confident. The New Yorker, who wished to remain anonymous for fear of inviting government inspectors to his neighborhood, said he’ll “100%” lose customers if his restaurant starts asking for proof of vaccination, even though the new policy allows unvaccinated customers to still dine outdoors or get delivery.

“If we open up the store and put up the sign, nobody’s going to walk in,” he added, referring to the signs that some restaurants have put up saying masks are required for entry.

Joe Klein, manager of Cafe Paris in Borough Park, said that while he supports vaccination because he’s seen the number of deaths caused by the coronavirus, he’s worried about losing unvaccinated customers.

While de Blasio hopes the mandate will push those on the fence to be vaccinated, Klein said that based on his conversations with customers, this will “definitely not” happen.

In the Zip code for heavily Orthodox Borough Park, only 44.65% of residents have received at least one dose of the vaccine, according to city Health Department data. This is lower than the first-dose rate for the city overall, 66.8%. On Sept. 7, the most recent day for which the data was available, there was a seven-day rolling average of 1,446 daily COVID cases among city residents.

“There are people who’ve, God forbid, boycotted restaurants who are following the law,” said Elan Kornblum, who runs a Facebook group where “kosher foodies” have debated the city’s new policy. “That, I think, is disgusting.”

Rivky Amsel, a mother of five in Brooklyn, says she doesn’t support a boycott, but she also doesn’t want to go anywhere where she will be asked for vaccine proof.

“I feel bad for [the restaurants]. I do,” the Midwood resident said. “And I also really appreciate the establishments who stand up and say ‘This is not OK.’ You can’t ask people to say that. It’s not your business.”

“Being from a family of Holocaust survivors, I know that it’s terrible,” Amsel said. “People don’t see it that way — they see the equating of the asking for vaccine cards to anything related to the Holocaust as very, very extreme and negative. But me, I just can’t help it. I come from a family where, if my husband wore a yellow tie, my great aunt would say ‘We don’t wear yellow ties because it’s too similar to a yellow star.’

“I don’t think I’m alone in that feeling,” she added.

The mandate comes at a time when many restaurants, despite receiving government aid during the pandemic, have already been suffering financially. Their workers have faced harassment, too.

“It’s very, very rough, very hard to get money, even if we don’t put up the sign” requiring masks, the pizzeria owner said.

If he decides not to ask for vaccine proof, he risks incurring fines of $1,000 after an initial warning, $2,000 for a third offense and $5,000 for any subsequent violations of the policy. Starting Monday, inspectors will be hitting neighborhoods in all five boroughs, de Blasio said Thursday.

“What happens if someone brings in a fake document?” Kornblum asks.

“Or what happens if someone comes in and gives them a problem and starts arguing with them? And we’re also wondering, how is the government going to enforce? Are these inspectors coming every day? Are they going to be walking up to restaurant customers and saying, ‘Can I see your passport?’”

Restaurant workers “have enough to deal with with reservations and no-shows and cancellations and a shortage of staff and rising costs of food and the entire gamut of what it takes to run a restaurant for decades, let alone the last couple of years,” Kornblum added.

Melissa Fleischut, CEO of the New York State Restaurant Association, said it’s not just kosher restaurants that are worried about the new policy.

“The concern is that they’re being put in a position where they have to police this, and some customers are very upset about the mandate and are pushing back on the staff,” Fleischut said.

In a survey conducted last fall by One Fair Wage, more than three quarters of restaurant workers surveyed said they experienced or witnessed hostile behavior, including sexual harassment, from customers when a worker tried to enforce COVID-19 safety protocols. Restaurant workers also reported a decline in tips.

“Don’t say ‘I’m not going to help the restaurant’ because you can still take out, you can still get delivery,” Kornblum said. “I encourage people to keep supporting restaurants and doing what you can, and just being respectful to others as well.”