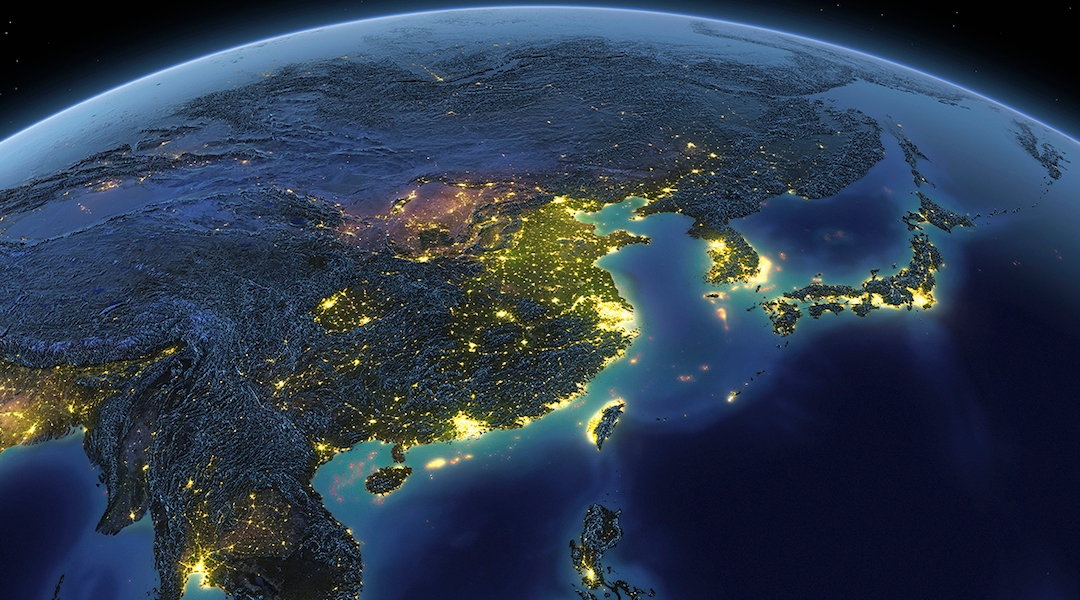 One of the distinctively Jewish benefits of the pandemic is that we can attend services virtually anywhere in the world. This time last year, probably like many of you, my family chose to spend Rosh Hashanah and Yom Kippur on Zoom with our home congregation in the Berkshires of Massachusetts.

This second round of pandemic-era High Holidays, however, with all due respect to our wonderful local Jewish community, we decided to switch things up. We figured, why not look for a service somewhere we’ve always wanted to visit? Our family loves to travel, and some of our most memorable vacation experiences have come from the services we’ve attended with Jewish communities around the country and around the world.

There’s a Hebrew expression, “im kvar, az kvar,” which literally translates as “if already, then already.” It basically means that if you’re already doing something, then go all the way. In our case, we were content to go halfway — around the world, that is.

Our initial criteria for where to go were pretty simple: We wanted a Reform synagogue in an English-speaking country we’d never been to — the farther, the better. (I speak Hebrew and Russian, and my wife speaks Russian and Ukrainian, but we wanted a shul where our sons, 8 and 10, would understand everything, too.) And so, in the week leading up to Rosh Hashanah, I virtually explored shuls in Australia, New Zealand and South Africa that I found on the website of the World Union for Progressive Judaism, the umbrella organization of the Reform movement around the world. A country search yielded 14 such synagogues in Australia, 11 in South Africa and three in New Zealand which, according to the Jewish Virtual Library’s 2019 Jewish Population of the World Vital Statistics, correspond to national Jewish populations of 113,200, 67,500 and 7,500, respectively.

Our secondary criteria were also fairly basic, though the more practical one involved the time difference. We weren’t going to be able to attend a morning service in South Africa, which was six hours ahead of our time on the east coast of the U.S., as that would be the middle of the night for us. By the same token, an evening service in New Zealand, which is 16 hours ahead of us, would also be the middle of the night.

The more amorphous of our secondary criteria was, “Does this seem like a shul we’d belong to?” That’s pretty hard to explain to someone else, but you know it when you see it. And we saw it on the websites of one shul in New Zealand and one in South Africa — the programs they offered, the way they wrote about them and the look and feel of the websites and physical buildings seemed like “us.” And so, that’s how we decided to “spend” Rosh Hashanah in Auckland with Beth Shalom, and Yom Kippur in Cape Town with Temple Israel.

Both shuls couldn’t have been more welcoming in their responses to our email inquiries about joining them. Temple Israel’s executive director, Eric Beswick, was a joy to deal with, as was Beth Shalom’s office administrator, Christine O’Brien. Beth Shalom’s Rabbi, Dean Shapiro — an American, who recently served as the rabbi of a congregation in Tempe, Arizona and relocated to New Zealand, where his partner is from, during the pandemic — also responded with his own email of welcome.

And so, on Monday, Sept. 6, at 6 p.m., which was erev Rosh Hashanah for us but Tuesday, Sept. 7, at 10 a.m. in New Zealand, we found ourselves exchanging “shanah tovahs” with the just under 100 Zoom participants of the over 200-family congregation. The faces may have been unfamiliar, but the names weren’t — Cohen, Levin, Bernstein and dozens of others I had grown up hearing in my hometown shul in Wayne, New Jersey, where my dad was the rabbi.

When the service began, the Rosh Hashanah prayers and melodies like “Avinu Malkeinu” and “Unetaneh Tokef” were familiar as well, once you got used to the fact that we were saying traditional morning prayers like “Modeh Ani” in the evening. I was particularly tickled by the New Zealand accent in Hebrew, which I immediately dubbed “Kivrit” — an amalgam of “Kiwi” and “Ivrit,” the Hebrew word for Hebrew. My kids thought the accents were cool, too, and marveled that there were Jews on the other side of the globe saying the same prayers we do. (Normally the boys see going to services as a chore, but the thought of spending the holiday in a foreign country — albeit on Zoom — had them pretty excited.)

Services were followed by what was billed as an informal “deeper dive.” It was already getting late for us, so my wife left to put the boys to bed. Rabbi Dean sent the several dozen of us who stayed into breakout rooms, encouraging us to take space and make space in telling each other the story of a journey we had taken. There were two other couples in the room when I got there: Michelle and Nik told how they had come from Toronto to New Zealand; Ali and Paul recounted their peripatetic journey from Australia to England and eventually back to Ali’s native New Zealand. And I told how we had come to be with them.

Our stories were all different and yet, they were somehow the same on a certain level, which only deepened the sense of connection we felt during the service, in spite of the disconnection caused by the pandemic. Another Hebrew phrase came to mind, “kol Yisrael arevim zeh ba-zeh,” which is often translated as, “all Jews are responsible for each other” but which I would translate as “bound up in each other.”

In microcosm, our experience is the story of the Jewish people. We are all wandering Jews, now at home together, a world away — like so many of us during this seemingly never-ending pandemic. But end it will. Someday. Until it does, I encourage you and your family to expand your horizons and cross the horizon for Yom Kippur, Sukkot, Simchat Torah or other services throughout yet another pandemic-era Jewish year.

As for my family, we can’t wait to do it again on Yom Kippur with Temple Israel in Cape Town. The congregation actually has three different synagogue buildings; the tag line on their website says, “Three centres, One community,” which reminds us of the Passover seder we spent in Paris five years ago with a congregation that had two buildings in different parts of the city. Perhaps one day we’ll join them again. Perhaps next year in Jerusalem. Although, at this point, we’ll be happy with Beth Anywhere But Home.