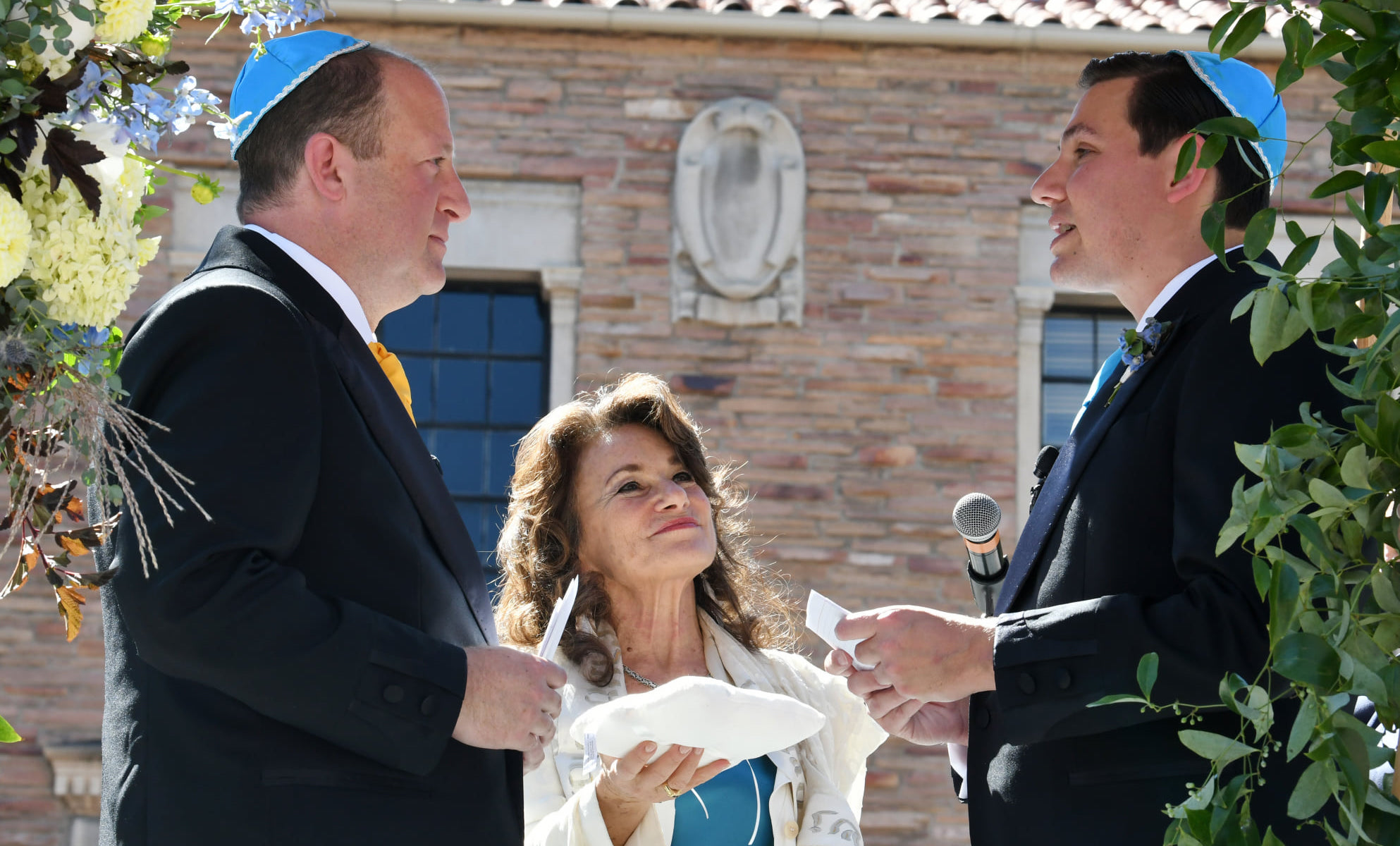 (JTA) — As his fellow Jews around the world prepared to annul their vows during Yom Kippur, Colorado Gov. Jared Polis got busy making some new ones — by marrying his partner of 18 years.

Polis announced his marriage to Marlon Reis, with whom he has two children, in social media posts late Wednesday afternoon, just hours before Yom Kippur. Pictures showed the two men wearing kippahs and breaking glasses beneath a brightly colored chuppah, or wedding canopy, all hallmarks of traditional Jewish marriage ceremonies.

Rabbi Tirzah Firestone, the founding rabbi of Congregation Nevei Kodesh, a Renewal synagogue in Boulder, officiated. The synagogue is one of three that Polis told the Jewish Telegraphic Agency in 2017, when he was running for governor, that he and Reis belonged to in Boulder.

The men were engaged last year after contracting COVID-19 and picked Wednesday to be married because it was the 18th anniversary of their first date.

“The greatest lesson we have learned over the past eighteen months is that life as we know it can change in an instant,” the couple wrote on social media. “We are thankful for the health and wellbeing of our family and friends, and the opportunity to celebrate our life together as a married couple. After eighteen years together, we couldn’t be happier to be married at last.”

The marriage makes yet another first for Polis, who became both the first openly gay governor of any state and the first Jewish governor of Colorado when he was elected in 2018. Now he has become the first governor to be married in a same-sex wedding while in office, according to CNN.

Polis grew up in a Reform Jewish home, told JTA that he identifies as “in between Conservative and Reform,” and counts a prominent Orthodox rabbi in Washington, D.C., among his cousins. Last spring, he became emotional when rejecting comparisons of his extended stay-at-home public health order to Nazism. Two years ago, he posted on Facebook that he had broken his Yom Kippur fast “with the traditional pueblo chile on gefilte fish.”