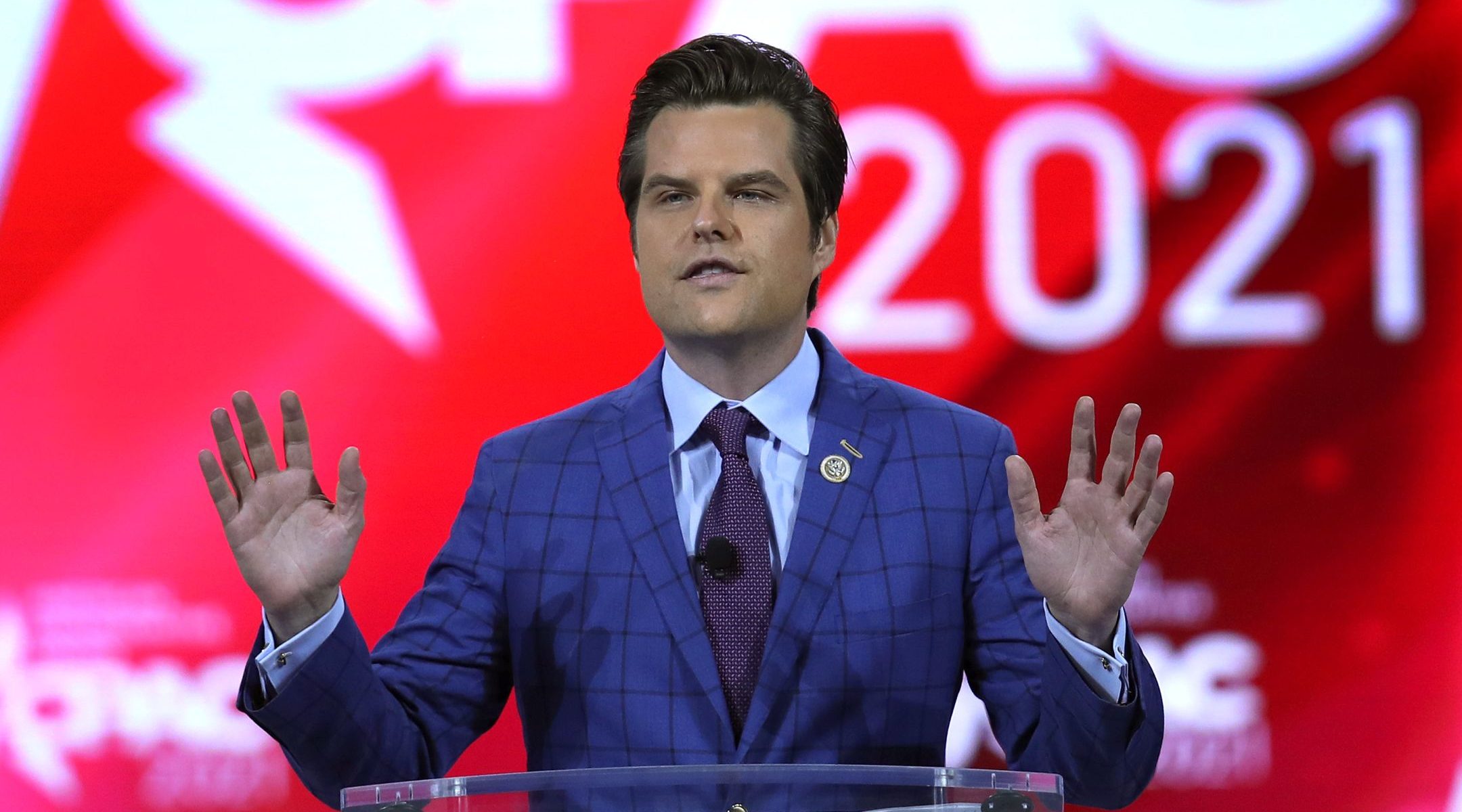 On his popular show Wednesday, Carlson trumpeted the idea that Democrats are working to bring foreigners into the United States in order to weaken the voting power of white people. He said,”this policy is called the ‘Great Replacement,’ the replacement of legacy Americans with more obedient people from far-away countries.”

The “Great Replacement” is a term used by white supremacists who (falsely) claim that Jews are orchestrating the replacement of white people in western countries with nonwhite immigrants. It has inspired multiple antisemitic and extremist attacks, including the 2018 Pittsburgh synagogue shooting. A year earlier, white supremacists marching in Charlottesville, Virginia infamously chanted “Jews will not replace us.”

This is not the first time Carlson has promoted this conspiracy theory. In April, the ADL called on him to be fired after he sad that “the Democratic Party is trying to replace the current electorate, the voters now casting ballots, with new people, more obedient voters from the Third World.”

At the time, ADL CEO Jonathan Greenblatt tweeted that “Tucker must go” because he invoked a “white supremacist tenet.” At the time, Fox News leadership defended Carlson, writing that “Mr. Carlson decried and rejected replacement theory,”.

On Friday, after Carlson explicitly endorsed the “Great Replacement” theory, Greenblatt again called on him to be fired.

“For @TuckerCarlson, host of one of the most watched news programs in the country, to use his platform as a megaphone to spread the toxic and xenophobic “Great Replacement” theory, is repugnant and a dangerous abuse of power,” Greenblatt tweeted.

But Carlson has attracted defenders, including Gaetz, who gained a reputation for his outspoken defense of former President Donald Trump. On Saturday, Gaetz tweeted that Carlson was right to promote the “Great Replacement.”

“@TuckerCarlson is CORRECT about Replacement Theory as he explains what is happening to America,” Gaetz wrote. “The ADL is a racist organization.”

In the tweet, Gaetz did not elaborate on why he considers the ADL racist.

Gaetz’s tweet about the ADL comes about two weeks after Josh Mandel, a Jewish Republican candidate for U.S. Senate in Ohio, called Greenblatt a “kapo,” a term denoting Jews who were coerced into working with the Nazis during the Holocaust.