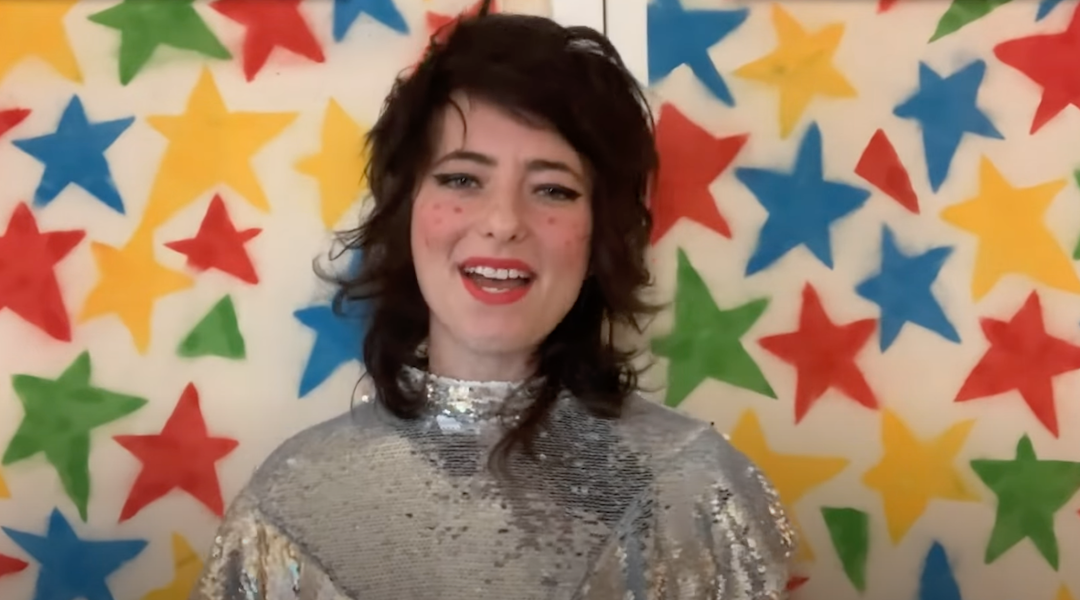 Sarah Sherman in a video posted to YouTube that she claims was a "Saturday Night Live" audition. (Screen shot)
Advertisement

(JTA) — “Saturday Night Live” announced that Jewish comedian Sarah Sherman will be joining its cast for its upcoming 47th season.

In a 2020 interview with Vice, Sherman opened up — in humorous fashion — about her Jewish background formed in “Jewish Long Island,” and called herself a “f***ing freaky Jewish woman.”

“My phone number says ‘Garden City,’ and that bothers me. I’m from really Jewish Long Island, and Garden City is really Catholic Long Island, so that’s where I draw the line,” Sherman said. “It’s like, can my area code really reflect that I sort of live in [the world of] ‘Uncut Gems’?”

“Jewish guilt is more like my dad, who’s very Howard Ratner… He’s always calling me up on a High Holiday: ‘Did you go to shul?’ I’m like, ‘No.’ And he always says, ‘Just remember, 6 million in the oven, that’s all I’m gonna say.’ That’s Jewish guilt,” Sherman said.