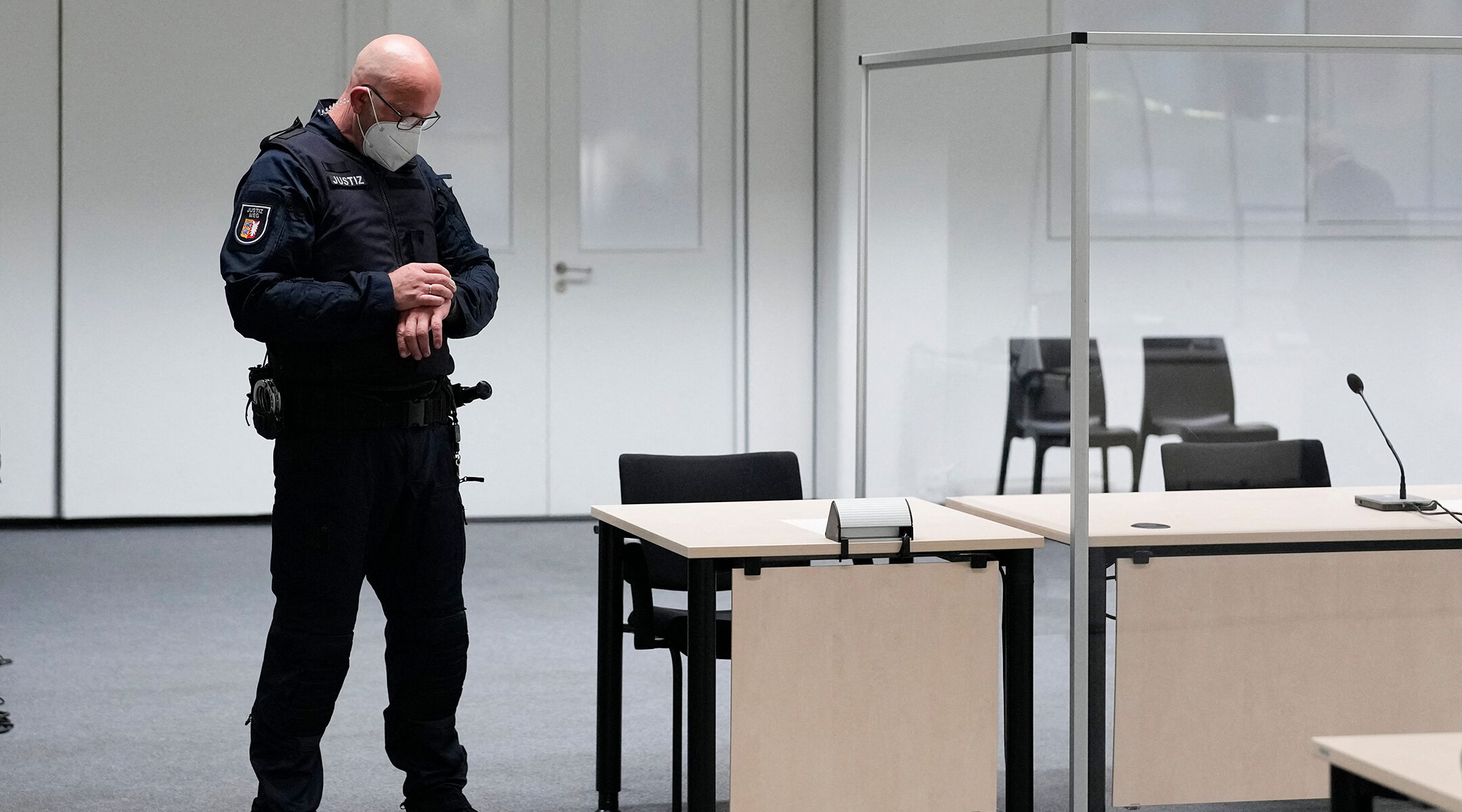 A judicial officer looks at his watch prior to a trial against 96-year-old alleged war criminal Irmgard Furchner in Itzehoe, Germany, on Sept. 30, 2021. (Markus Schreiber/Pool/AFP via Getty Images)
Advertisement

(JTA) — Police in Germany arrested a 96-year-old suspected war criminal after she failed to show up for the first day of her trial.

The woman, Irmgard Furchner, was indicted in February for complicity in the murders of 10,000 people at Stutthof, a camp in occupied Poland where she served as a secretary during World War II. Although she is 96, she is being tried by a special youth court because she was 18 at the time of her alleged crimes.

The Regional Court of Itzehoe near Hamburg declared Furchner a “fugitive” on Thursday when she failed to appear before the court. Police located her a few hours later. They and prosecutors are considering whether to place restrictions on her freedom of movement ahead of the new court date of Oct. 19.

“She left her [nursing] home this morning. She took a taxi,” Frederike Milhoffer, a spokeswoman for the Itzehoe court, said when asked about the defendant’s whereabouts, according to the Frankfurter Allgemeine.

Before her trial, Furchner had argued that her advanced age and medical complications connected to it prevent her from standing trial. Efraim Zuroff, a Nazi hunter and director of Eastern European affairs at the Simon Wiesenthal Center, questioned that argument in the wake of her failure to appear in court.

The indictment against Furchner was based on testimonies from survivors of Stutthof who are now living in the United States and Israel. About 65,000 people were murdered there during World War II; it was one of just a few concentration camps where the Nazis and their accomplices operated a stationary gas chamber.

Furchner has admitted to working at Stutthof but has denied having any knowledge of the murders that were carried out there.