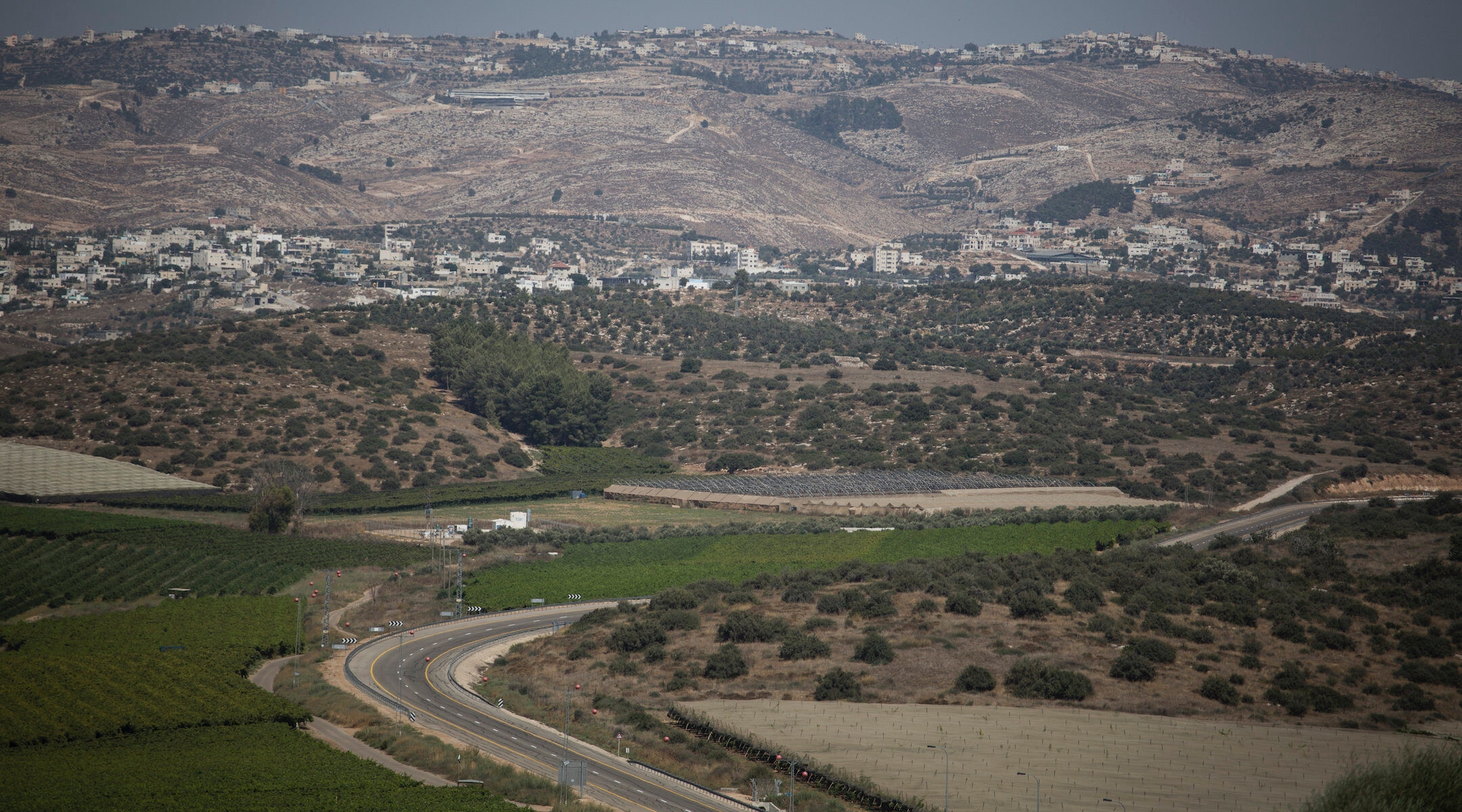 A view of the South Hebron Hills, taken in 2015. (Hadas Parush/Flash90)
Advertisement

(JTA) — Three Israelis have been arrested for an attack on Palestinian residents of the West Bank that sent a three-year-old to the hospital over the Jewish holiday of Shemini Atzeret.

The attack came amid a week in which several Palestinian terror suspects have been killed in the West Bank and Jerusalem. A man in Gaza who Israeli troops said was carrying a “suspicious bag” was also shot dead Thursday, according to the Times of Israel.

On Tuesday afternoon, dozens of Israeli settlers entered the Palestinian village of Khirbat al-Mufkara, throwing stones that injured 12 people, smashing windows and damaging homes and cars. Among the injured was the 3-year-old boy, who was taken to a hospital in Israel in moderate condition.

“This is not Israel’s way and it is not the way of the Jewish people,” he tweeted on Wednesday. “This is a crazy, violent and dangerous fringe group and we have the duty to bring those responsible for this criminal act to justice.”

The attack took place in the South Hebron Hills, a particularly contentious area of the West Bank where Israel restricts Palestinian construction and access to water. Earlier in September, an Israel Defense Forces officer was reprimanded after he injuring and teargassed Israeli left-wing activists in the area.

The attack followed Israeli raids at the beginning of the week targeting terrorist cells suspected of planning a series of murders and kidnappings across the country. Five Palestinian suspects were killed in the raid and about 20 suspects arrested.

On Thursday, in another raid, Israeli forces killed a member of the Palestinian Islamic Jihad terror group. In addition, on Thursday, Israeli police killed a woman who they said was trying to stab officers.