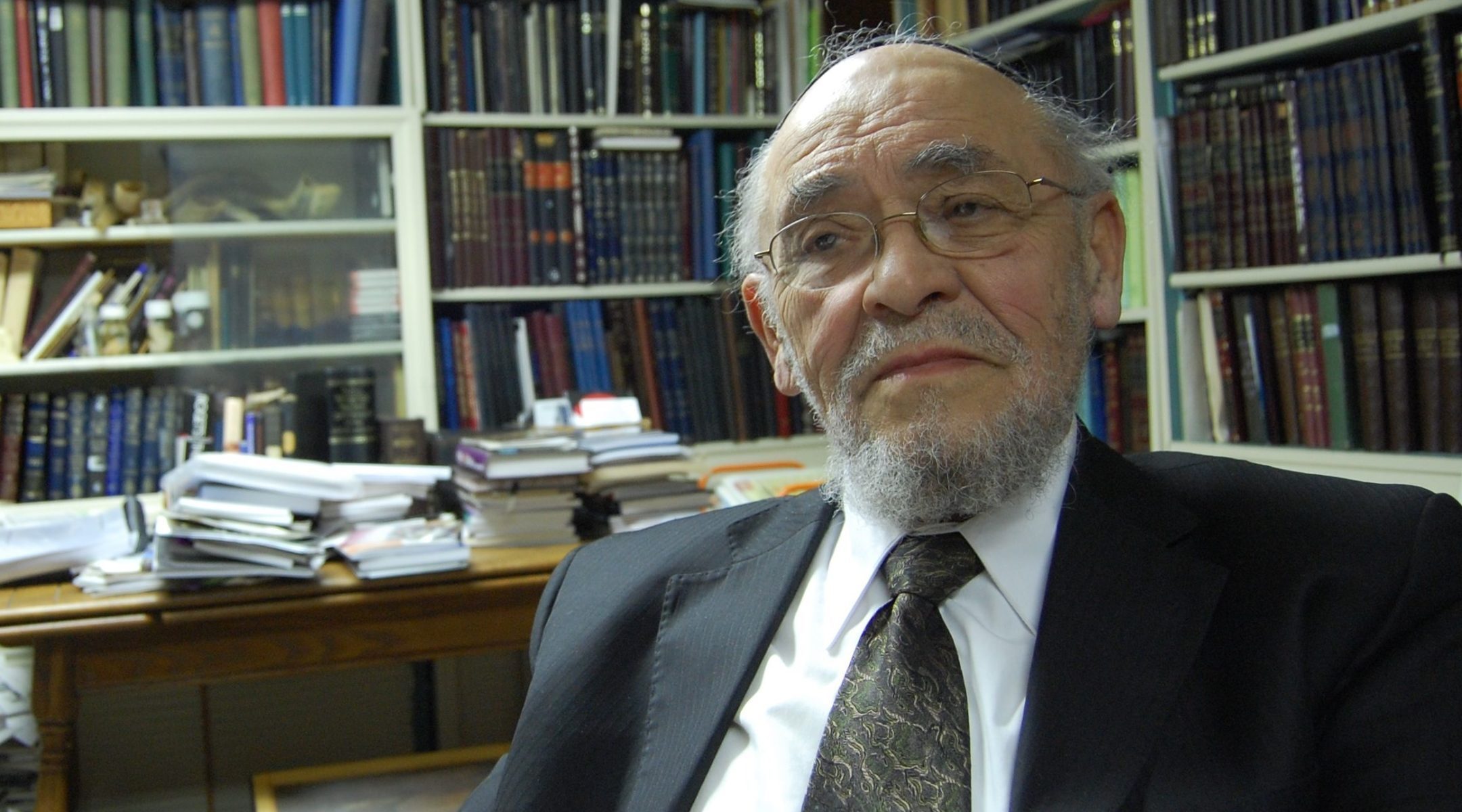 Rabbi Moshe Tendler, who died Sept. 28, was a strong proponent of the view that brain death, rather simply the cessation of a heartbeat, should be considered death according to Jewish law, thus allowing organ donation. (Ben Harris)
Advertisement

A dean of the rabbinical school and a professor of Jewish medical ethics and biology at Yeshiva University, Tendler was considered an expert in issues of Jewish law and medical ethics.

But he was most famous for the fierceness with which he advocated for the Jewish legal position that brain death constituted death, thus allowing Orthodox Jews to donate and receive organ transplants for organ donation in the case of brain death.

He was also known for the sometimes dismissive attitude with which he regarded those who disagreed with him on that question and others. When a group of rabbis issued an opinion concluding that the cessation of heartbeat, rather than brain death, constitutes death, he denounced them publicly, in an act unusual in the typically sober world of Orthodox Jewish law decisors.

“You say a thing, I believe you’re ignorant on this topic,” Tendler told the Jewish Telegraphic Agency in 2011. “That’s not an insult. It’s a fact.”

Born and raised on the Lower East Side of Manhattan, Tendler was immersed in the dual pursuit of rigorous secular and religious studies from a young age under the tutelage of his mother, a law school graduate, and his father, head of the Rabbi Jacob Joseph yeshiva.

Tendler grew up just a few blocks away from Rabbi Moshe Feinstein, one of the most important Orthodox rabbinic authorities in the United States in the 20th century. Tendler eventually became Feinstein’s son-in-law. He met Feinstein’s daughter, Shifra, when she approached him at a public library in the neighborhood to ask him a question about chemistry.

In addition to teaching, Tendler also served as the rabbi of the Community Synagogue in Monsey, New York from 1967 until his death.

Tendler became an important influence on Feinstein’s positions on questions of Jewish law and medicine and served as a bridge between the scientific experts and the experts in Jewish law and ethics, writing articles in the top medical journals as well as for Jewish scholars.

“I remember him telling me how he used to sit with Rabbi Feinstein and he would describe the science behind it. Rabbi Feinstein would ultimately make the rulings but Rabbi Tendler was his interpreter of much of the scientific knowledge,” said Alan Jotkowitz, a professor at Ben Gurion University of the Negev, director of the Jacobovits Center for Jewish Medical Ethics and director of the Medical School for International Health and Medicine.

Jotkowitz, who was a student in Tendler’s biology and Talmud classes at Yeshiva University, described Tendler as a major influence for himself and other Orthodox doctors, whom Tendler empowered to be scholars of both Judaism and science.

Tendler’s funeral, which was delayed because he died on the first day of a two-day holiday, is scheduled for Thursday afternoon at the Community Synagogue in Monsey, New York. He is survived by eight children.