Jews, Christians and Muslims come together to paint over swastikas in Argentinian Jewish cemetery 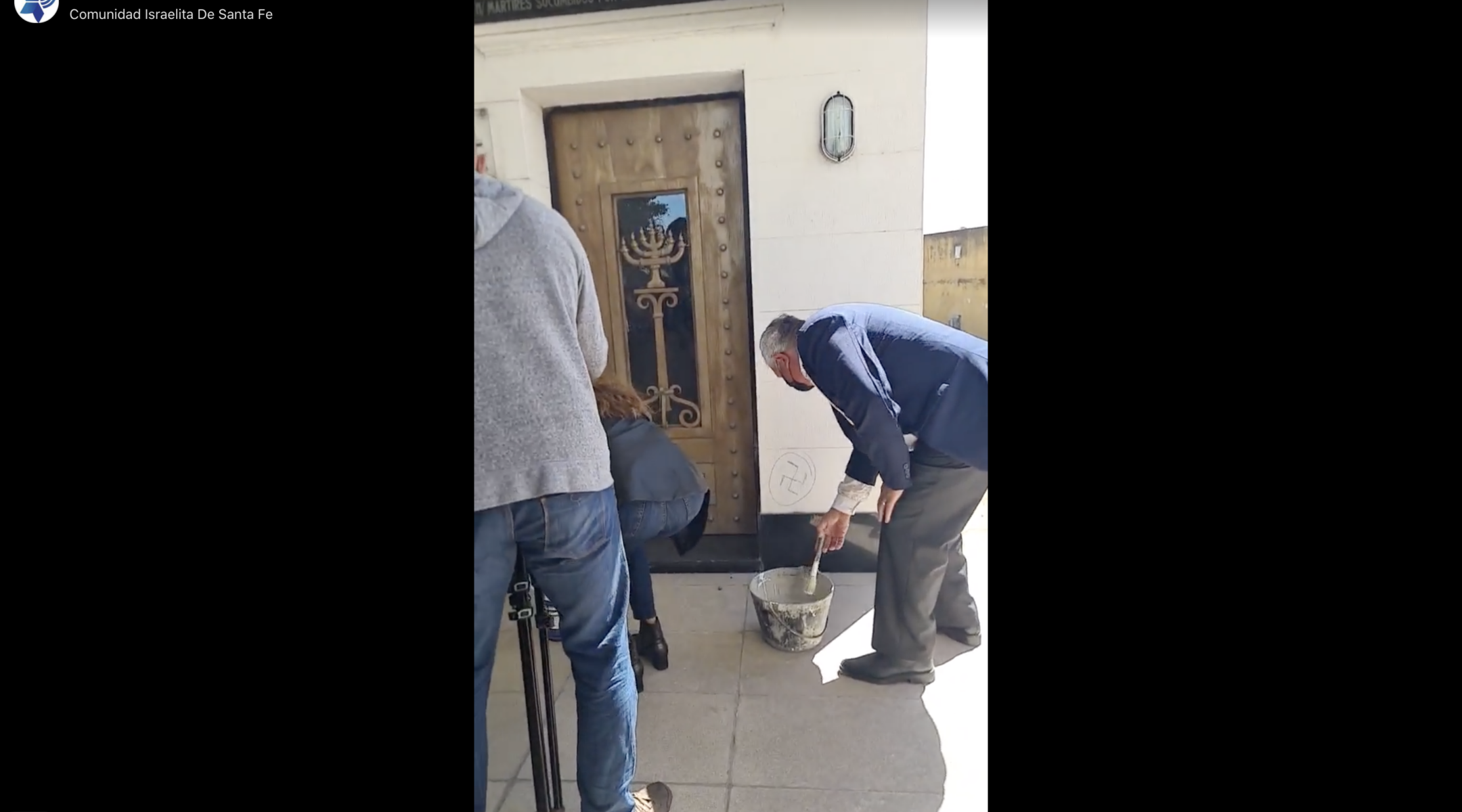 (JTA) — After Nazi graffiti was found at a Jewish cemetery in Argentina last week, the local Jewish community wanted to do more than just paint it over.

So on Friday, the local Jewish community of Sante Fe, a province about 300 miles northwest of Buenos Aires, convened representatives of other religious groups for an interfaith ceremony to remove the swastikas painted in the cemetery, one in the area dedicated to the memory of Holocaust victims.

The ceremony included evangelical Christians, Catholics and Muslims as well as representatives from a host of local groups, and it was streamed online. A video showed several people brushing over swastikas painted near the ground, followed by a series of comments from representatives of different groups.

“These are acts of hatred and can’t remain unpunished,” Horacio Roitman, the Santa Fe representative of the Argentinian Jewish group DAIA, told the UNOSantafe newspaper before the event, hosted by the Interreligious Initiative of Santa Fe. “A clarification of what happened is owed to the whole society.”

The vandalism at the Santa Fe Jewish cemetery comes after a series of incidents at the biggest Jewish cemetery in the country, in Buenos Aires. In that case, no Nazi or otherwise antisemitic symbols were found, and Jewish leaders denounced a lack of security.