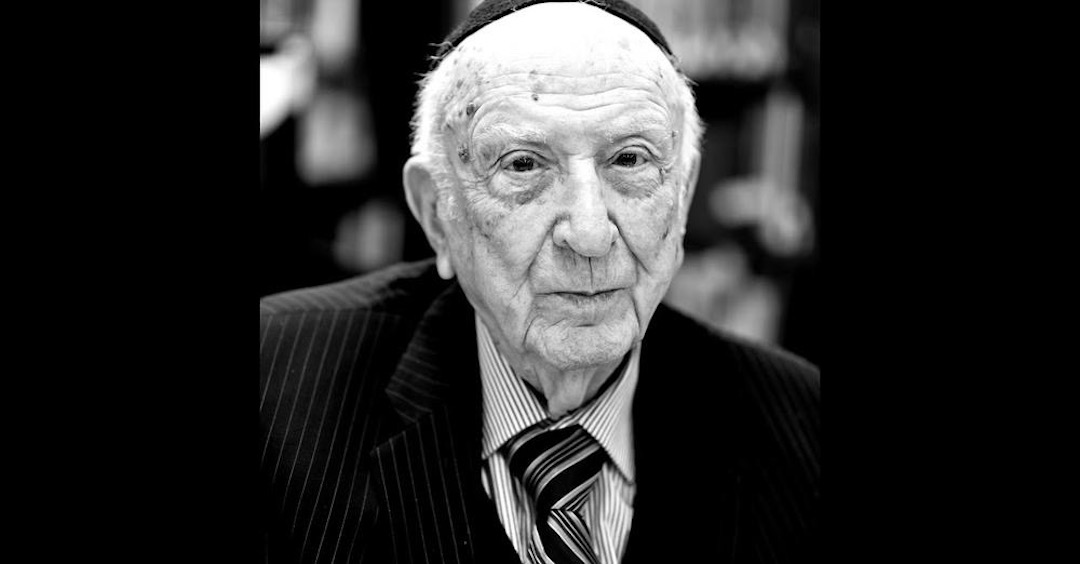 Eliach, who was 99, supervised the education of thousands of children at the Modern Orthodox school between 1953, when he moved from Israel to teach there, until his retirement as dean in 1997 at age 75. He remained closely involved at the school for the rest of his life, visiting multiple times a week to mentor teachers until the pandemic forced him to transition to phone calls instead.

“His contribution to Jewish education across the globe is unparalleled and his impact on thousands of students will be felt for generations,” the school wrote in an email announcing Eliach’s death late Thursday.

“To me, Rabbi Eliach is synonymous with YOF,” the head of the high school, Rabbi Raymond Harari, told the school’s magazine last year.

Born in Jerusalem in 1922, Eliach studied at a yeshiva in Hebron and devoted himself to teaching after working with children who had come to pre-state Israel after being orphaned or separated from their parents during the Holocaust. It was in that context that he met his wife Yaffa, a Lithuanian survivor who later became a pioneering Holocaust historian. Yaffa Eliach died in 2016.

The couple moved to the United States after Eliach was recruited to join the Yeshivah of Flatbush by its founder, Joel Braverman. He quickly gained a reputation as an inspiring teacher who was deeply devoted to Modern Hebrew.

He spoke in “a very clear, beautiful Hebrew that was so expressive,” Joseph Telushkin, the rabbi and author, told the New York Jewish Week in 2012 about Eliach, who had been both his teacher and camp counselor.

By 1967, Eliach had become the yeshiva’s high school principal, then its dean. Under his leadership, the school added a community service requirement, introduced Israel study that became de rigueur for Orthodox high school graduates and pushed students to engage in political issues of Jewish significance.

“Great institutions can die if they don’t adjust themselves to a new era, if you think you’re so good that you don’t have to change,” Eliach told the Jewish Week just before his 90th birthday. “I always knew I wasn’t good enough, that I always had to change and adapt. You can always learn.”

Over the years, Eliach racked up an array of honors, including an honorary doctorate from Yeshiva University in 1987 and the Covenant Award, a prestigious Jewish education prize, in 1992. He told the Covenant Foundation that he was proud that Yeshivah of Flatbush graduates were leaders in their fields and in their Jewish communities.

Selected as a Covenant winner in 2019, a Yeshivah of Flatbush teacher who also graduated from the school said Eliach’s mentorship was central to her success. “He’s a true mensch,” Sally Grazi-Shatzkes told the foundation.

In 2020, Gefen Publishing House published a collection of his Hebrew poetry, “Shurot.”

Eliach is survived by his two children, each an educator: Yotav Eliach is the principal of a yeshiva on Long Island, and Smadar Rosensweig is a professor of Bible at Yeshiva University. His funeral will be held Friday morning at the school.