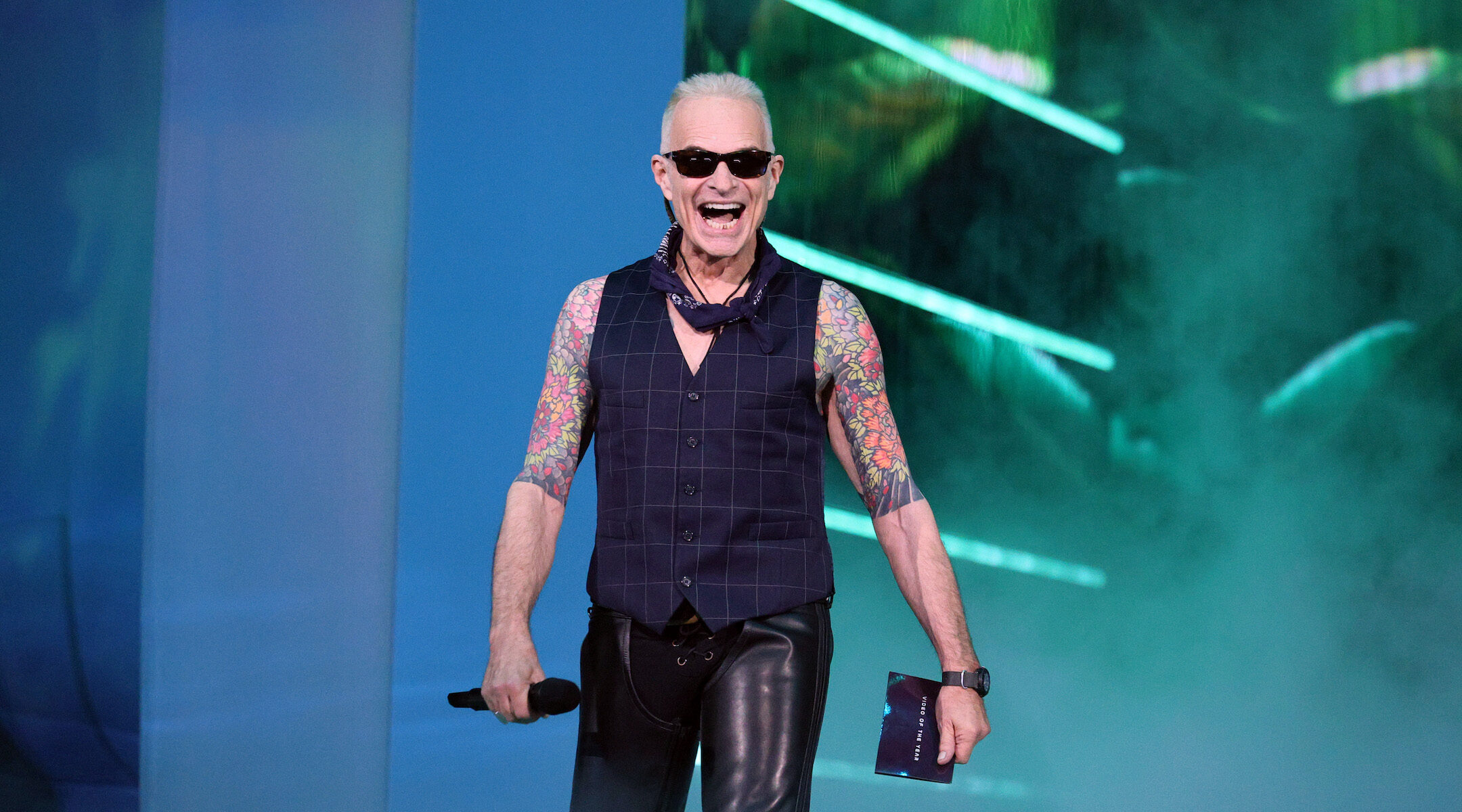 (JTA) — David Lee Roth is done running with the devil.

The Jewish rock star, best known for fronting Van Halen during the influential band’s heyday in the 1970s and ’80s, said Friday that he is retiring from music.

“I am throwing in the shoes. I’m retiring,” he told the Las Vegas Review-Journal. “This is the first, and only, official announcement.”

Roth, 66, grew up with Jewish parents and reportedly first learned to sing while preparing for his bar mitzvah. His grew up in Indiana and later southern California, where he performed with other bands before joining Van Halen in 1974. As a part of the world famous group, also anchored by its late virtuosic guitar player Eddie Van Halen, Roth became one of rock music’s most famous showmen. He first left the band in 1985 — he would leave and rejoin it multiple other times — and embarked on a less touted solo career, releasing seven albums on his own.

In his autobiography “Crazy From the Heat,” and in a rollicking interview with The Washington Post during a stretch of his solo run in 2003, Roth expounded on his Jewish identity. He claimed, in the words of Post writer David Segal, that “much of his style and energy came from fury over anti-Semitism and an urge to crush Jewish stereotypes.”

“There’s not a lot of Jewish action figures,” Roth told Segal. “Heroes for little Jewish kids are very few and far between…”

“Jewish kids take a paperback to the beach instead of a football,” he added later, “half-approvingly” according to Segal.

Roth was a member of Van Halen again during the time of its guitarist’s death last year, after which the group disbanded.

He will play a farewell series of shows in Las Vegas in January.