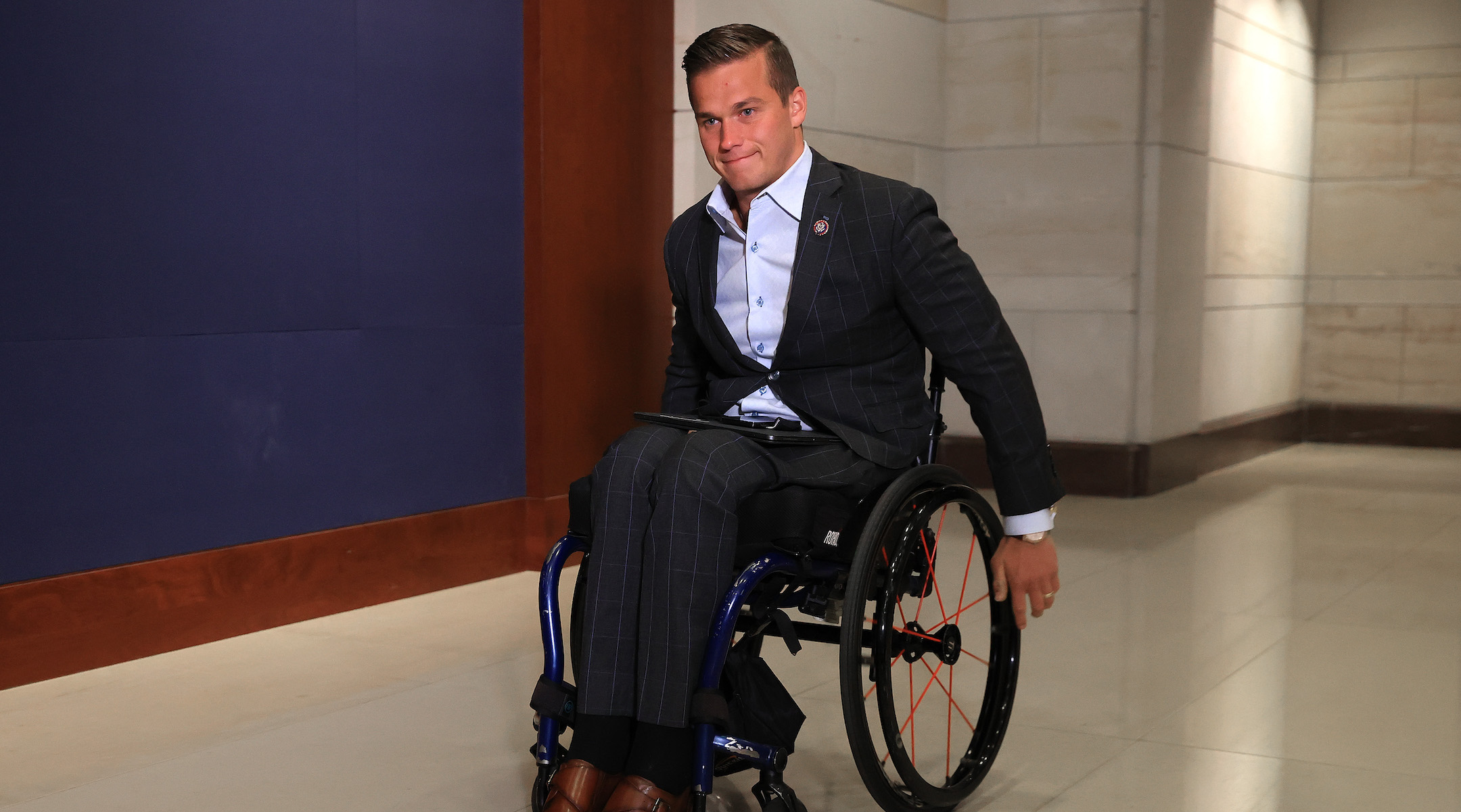 (JTA) — Madison Cawthorn wants his constituents to push government leaders to “uphold Christian principles.” For an example, Cawthorn says, look no further than the Hebrew bible.

“Look at David, look at Daniel, look at Esther — look at all the people who influenced the government of their day to uphold Christian principles,” the House representative from North Carolina said in a new campaign ad released Sunday night that declared that a “spiritual battle” is happening on Capitol Hill. It is “time for the American Christian church to come out of the shadows,” Cawthorn says in the clip.

Where are you, men and women of faith?

If we lose this country, our children will never know freedom.

Stand united as men and women of faith to fight for America! pic.twitter.com/FQNKo8vfRs

The ad is part of the 26-year-old’s reelection campaign. Cawthorn, a Republican, is already facing challenges by several Republicans and Democrats ahead of next year’s midterms.

This is not the first time Cawthorn has appropriated a piece of Jewish history in service of his campaign. In January, Cawthorn tweeted an adaption of a well-known poem about the Holocaust to promote his campaign merchandise. He later apologized for the tweet in a meeting with North Carolina Jewish leaders.

Cawthorn has also been criticized for posting pictures from a trip to the Eagles Nest, a Nazi retreat favored by Hitler. He later removed the photos from Instagram.

RELATED: Following a string of controversies, Madison Cawthorn meets with his Jewish constituents