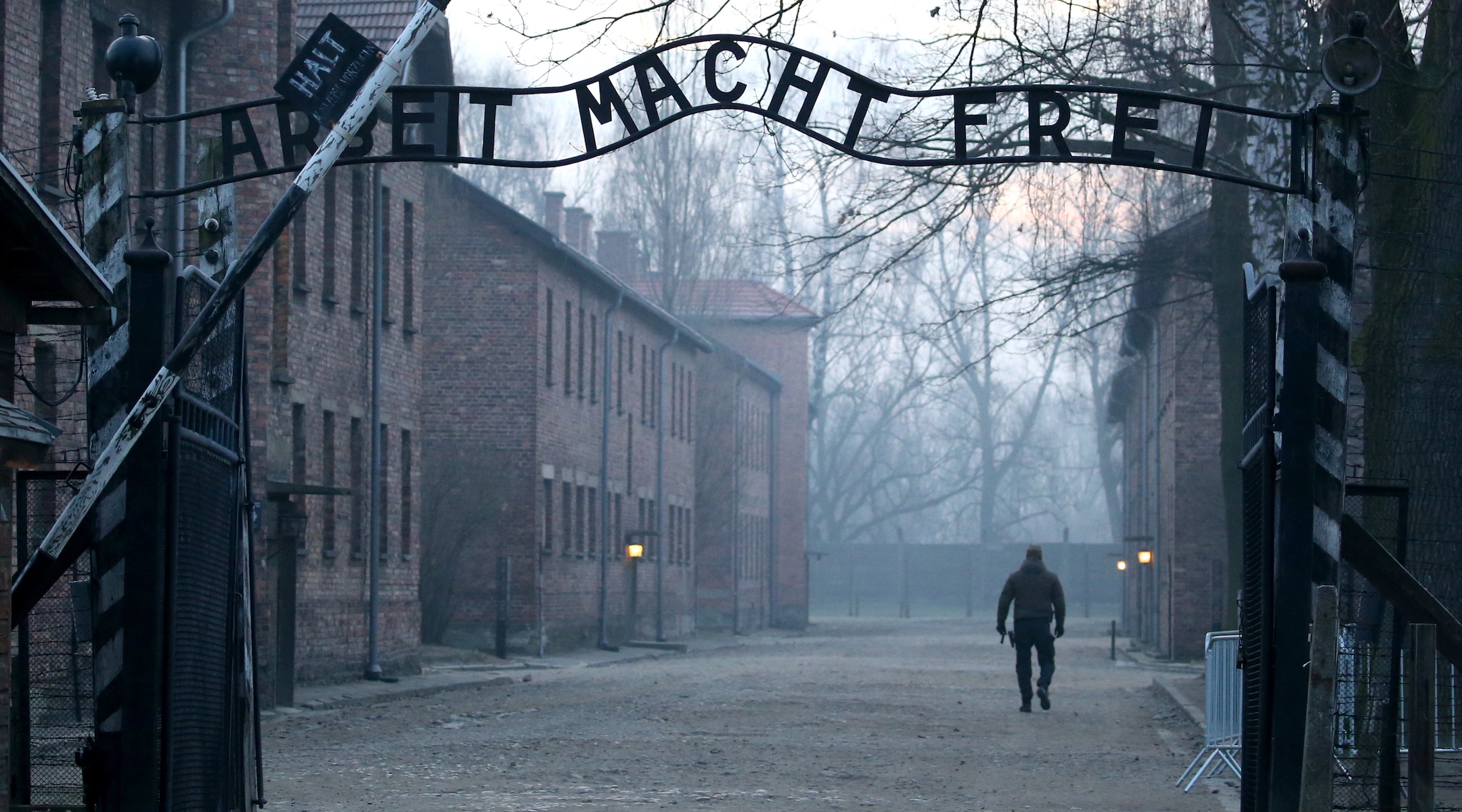 (JTA) — Police in Poland are investigating antisemitic vandalism at the Auschwitz-Birkenau Memorial and Museum.

Spray-painted slogans in English and German, some of them “antisemitic in nature,” were found on the museum’s grounds recently, the institution wrote in a statement Tuesday. There were “two references to the Old Testament, often used by antisemites, and denial slogans,” the statement also said.

The statement did not include further information on the vandalism. The site has robust security and enforcement measures in place to prevent vandalism and other abuses, which are rare.

The perpetrators’ actions were “an outrageous attack on the symbol of one of the greatest tragedies in human history and an extremely painful blow to the memory of all the victims of the German Nazi Auschwitz-Birkenau camp,” the museum said.

The Nazis and their collaborators killed at least 1.3 million people, including over a million Jews, at the former concentration camp. In 2019, over 2 million people visited the museum, including 396,000 visitors from Poland, 200,000 from Great Britain and 120,000 from the United States.