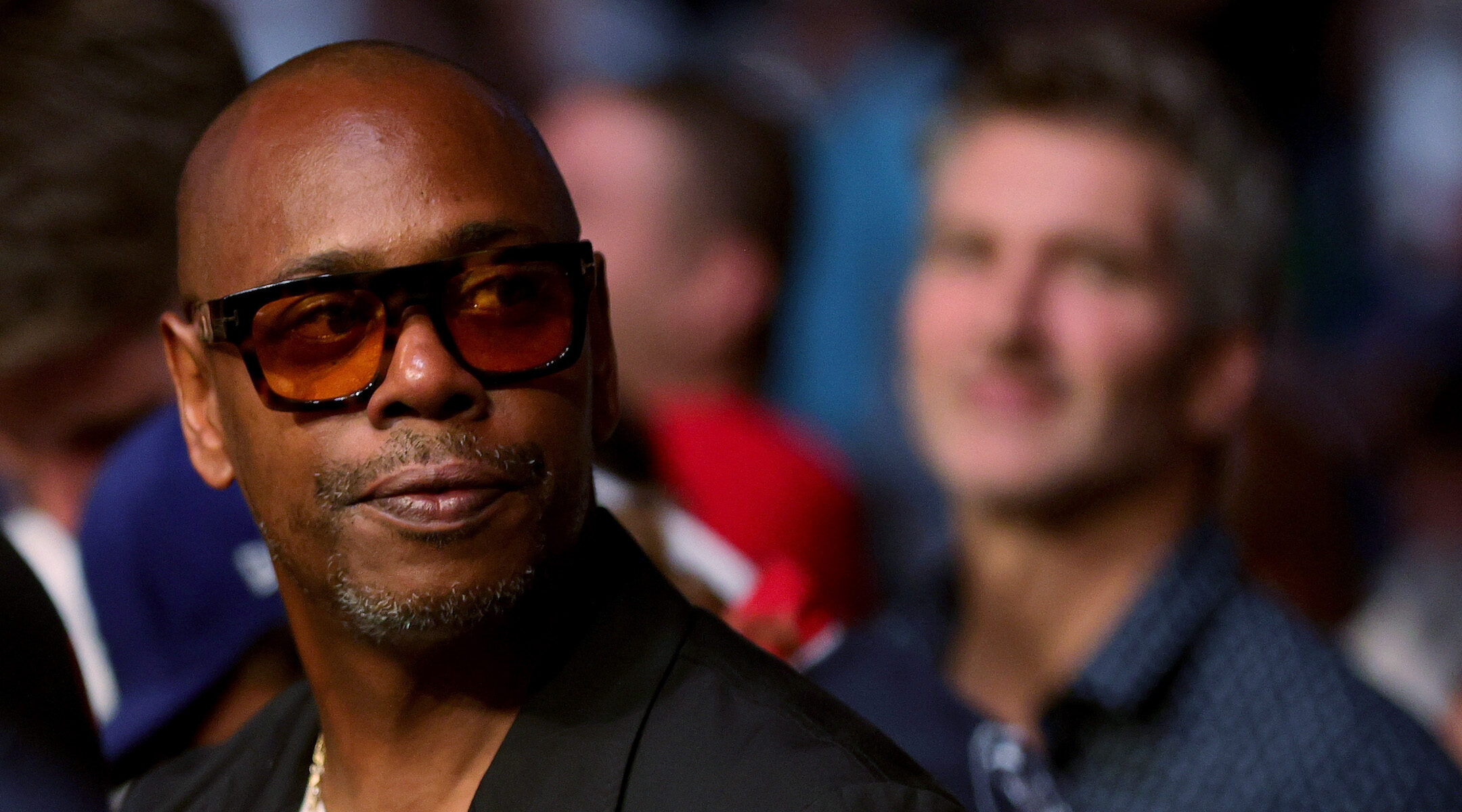 (JTA) — Dave Chappelle was well aware that his latest Netflix standup comedy special was going to bring him a storm of criticism online. That’s likely why he starts it by saying that it will be his last standup special for a while.

In “The Closer,” released Tuesday, the longtime provocateur crosses lines that for most celebrities lead to pop culture suicide in 2021.

He starts by joking about how good he felt while being molested by a preacher as a child. Then he talks about watching videos of Black people beating up Asian people during the COVID-19 pandemic, while he was quarantining with an asymptomatic case of the virus. Chappelle, who is Black, likens the beatings to his body’s efforts to beat the virus  — effectively comparing Asian people to the coronavirus.

Then he turns to Jews, saying UFO videos gave him an idea for a movie.

In my movie idea, we find out that these aliens are originally from earth — that they’re from an ancient civilization that achieved interstellar travel and left the earth thousands of years ago. Some other planet they go to, and things go terrible for them on the other planet, so they come back to earth, [and] decide that they want to claim the earth for their very own. It’s a pretty good plotline, huh? I call it “Space Jews.”

After the joke gets only a little applause, Chappelle says, “All right, it’s gonna get worse than that, hang in there.”

Whether the joke is a Zionist allegory or a bit about world domination, NPR critic Eric Deggans called it antisemitic.

“[Chapelle] knows reviewers like me will quote the joke and criticize him for it, which I am. I don’t really care what point he’s trying to make; a joke which sounds like anti-Semitism gets a hard pass from me,” Deggans wrote.

But Jewish screenwriter Brian Koppelman, creator of the show “Billions,” reacted in a more positive way.

hey @DaveChappelle, have you sold the rights to Space Jews yet? If not, let's hondle.