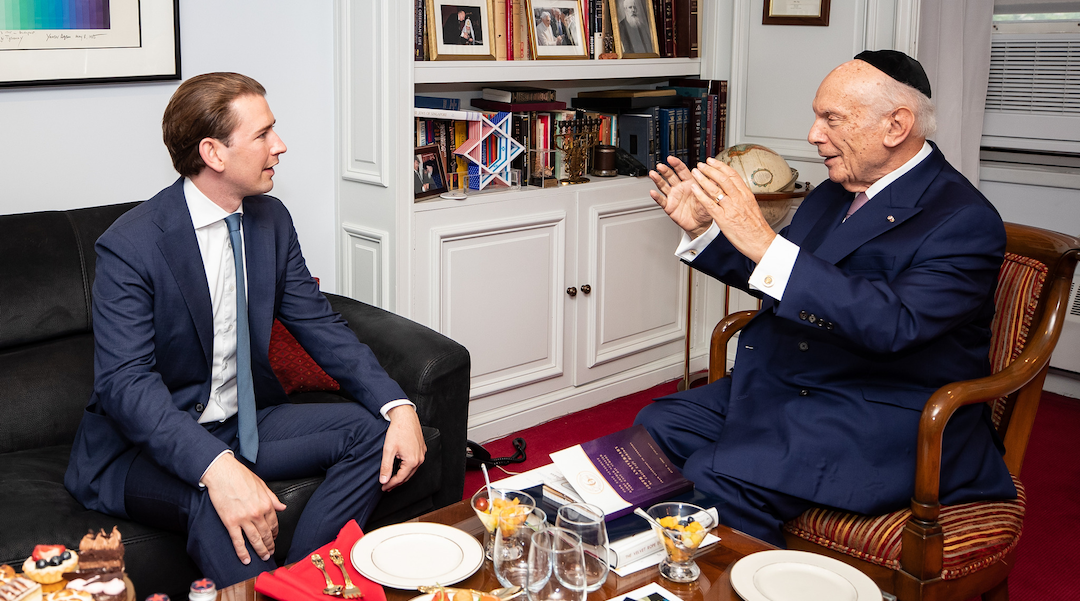 (JTA) – Austrian Chancellor Sebastian Kurz, who made support for Israel and the fight against antisemitism key policy priorities, has stepped down amid a corruption probe.

Kurz’s resignation, which he announced Saturday, means that he shares yet another trait with Benjamin Netanyahu, the former Israeli prime minister he admires: out of office, with a scandal hanging overhead.

Under Kurz’s leadership, Austria reversed its stance toward Israel, going from very critical to very supportive. This year, its parliament passed a resolution calling the Boycott, Divestment and Sanctions movement targeting Israel a form of antisemitism. Kurz has called Austria’s annexation into Nazi Germany in 1938 something that “guides my political work today.”

He has spoken of Netanyahu as an inspiration, citing Israel’s then-prime minister’s seemingly successful handling of the onset of the coronavirus pandemic as a blueprint for his own.

A police investigation is underway connected to the alleged funneling of public funds between 2016 and 2018 toward publishing opinion polls favorable for Kurz’s center-right party. Kurz denies the allegations, the Heute daily reported.

But coalition partners of his People’s Party threatened to call a new election unless he stepped down. Chancellor since 2017, Kurz remains the leader of his political party and has suggested his foreign minister, Alexander Schallenberg, as a replacement.

“In these difficult times government should never be a question of personal interests or party tactics, because my country is more important to me than my person,” Kurz said in a speech.