After years of debate, including over its handling of Jews, California’s ethnic studies requirement is signed into law 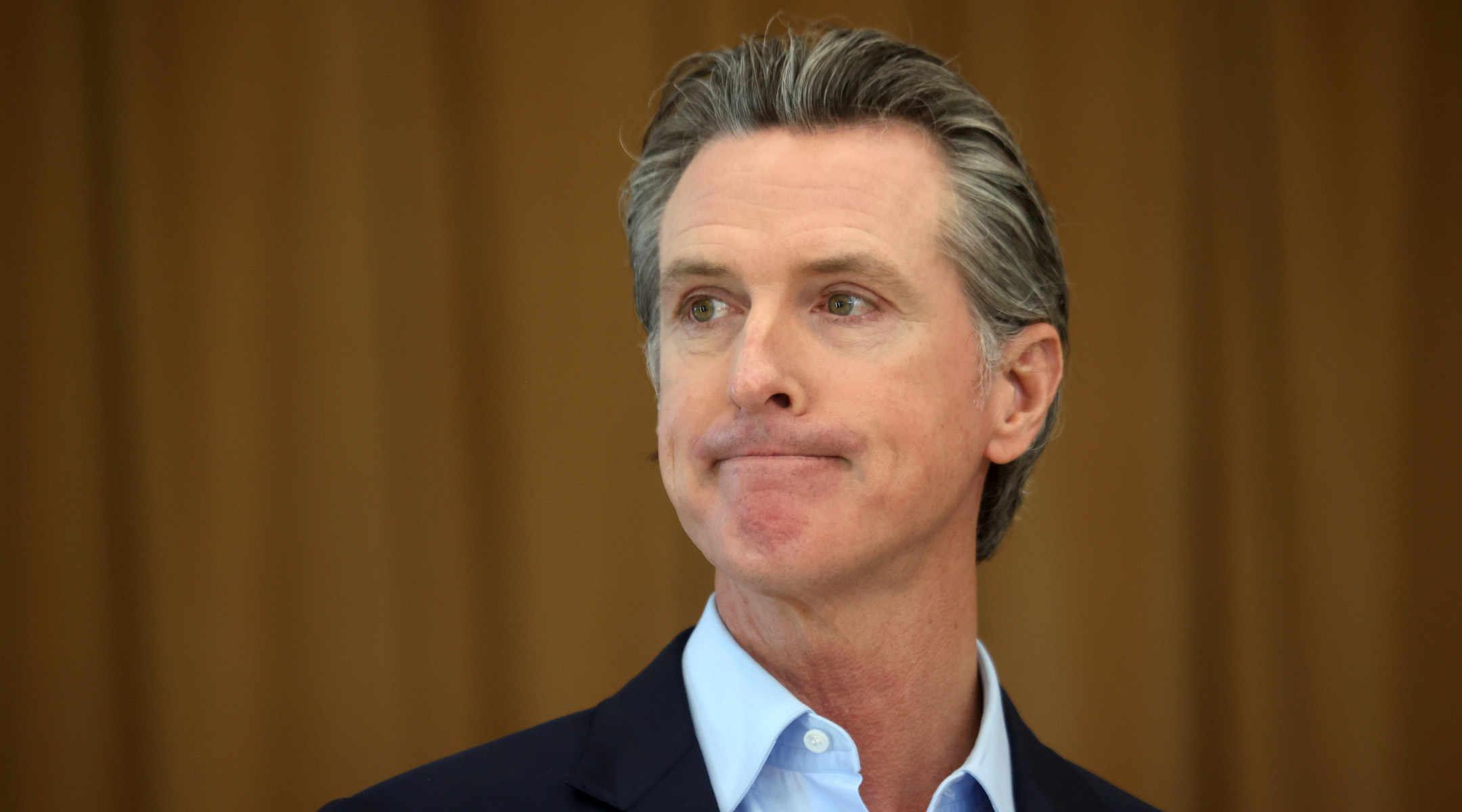 (JTA) — After months of controversy and tens of thousands of public comments, California Gov. Gavin Newsom has signed off on legislation that eventually will require students to pass at least one course in ethnic studies in order to graduate from California high schools.

Under the law, schools will have to offer at least one class in ethnic studies by 2025, and the graduation requirement will go into effect in 2029.

Newsom’s signature on Friday caps an extended debate over the legislation, which was accompanied by a recommended curriculum that faced criticism in its earlier drafts and which Newsom vetoed in an earlier form last year.

After the first draft of the curriculum, meant to teach students about the historic and current challenges faced by minority groups in the United States, was released in 2019, several Jewish groups suggested changes to the draft, as did representatives of other minority groups that believed they were unfairly excluded from the curriculum. The draft did not include a section dedicated to American Jews but did include material that some deemed antisemitic, particularly in the way it discussed Israel.

Citing the controversy surrounding the first draft, Newsom vetoed a bill in 2020 that was much like the one he signed into law Friday. Some 57,000 comments were submitted to the state’s department of education between the release of the first draft and the third draft, which was released last December.

By the time the third draft was published, including two lessons focused on American Jews and without the sections deemed antisemitic, several of the groups that had campaigned for changes to the first draft celebrated the curriculum. Several Jewish groups from the Bay Area issued a joint statement Friday praising the ethnic studies requirement.

Others continued to oppose the law, arguing that the fight against the inclusion of antisemitic material in the ethnic studies classes would now move to the district level. Tammi Rossman-Benjamin, director of AMCHA Initiative, a group focused on antisemitism on college campuses, claimed that most school districts would use the first draft, rather than the updated third draft, in their classes. “This bill could and should have been stopped at the legislative level and must not be forced on the Jewish community to fight in each of California’s 1300 school districts,” she said.