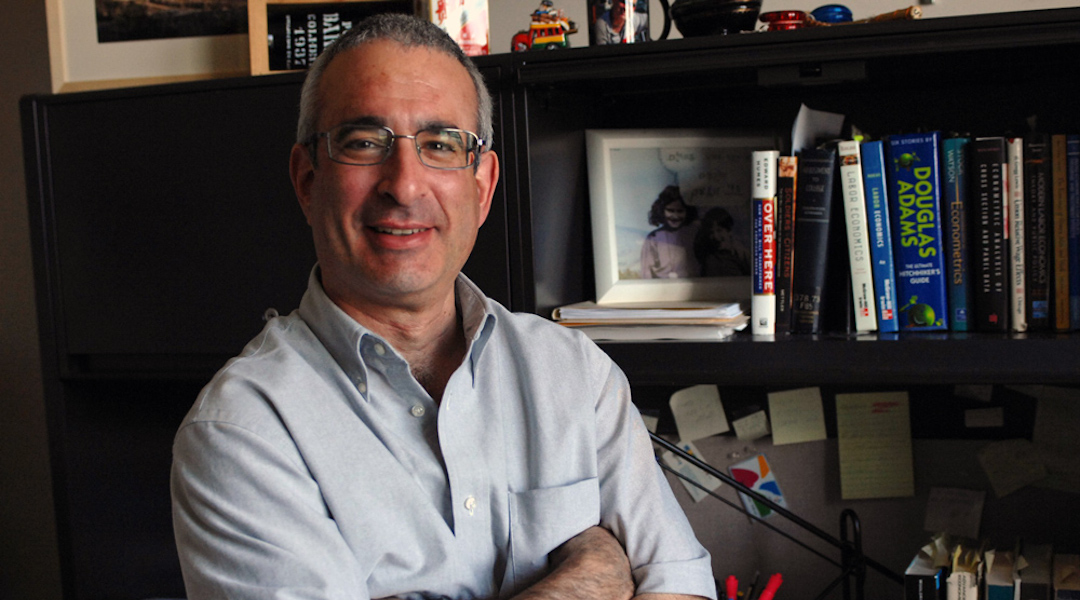 Joshua Angrist, a professor at the Massachusetts Institute of Technology, was awarded the 2021 Nobel Prize in Economics. (MIT)
Advertisement

(JTA) — Professor Joshua Angrist, an economist at the Massachusetts Institute of Technology with dual Israeli-American citizenship, was named one of three winners of the 2021 Nobel Prize in Economics for his work on how public policy developments impact society.

Angrist and Stanford University’s Guido W. Imbens shared half of the roughly $1 million in prize money for their joint work on these so-called “natural experiments,” and University of California, Berkeley professor David Card received the other half. Natural experiments, which track societal cause and effect, are far more difficult to conceptualize than scientific ones, which compare physical outcomes in highly controlled settings.

For example, Angrist and Imbens have recently studied the sociological effects of mask mandates and other COVID-19 public health measures, according to NPR.

Born in Columbus, Ohio, Angrist earned his master’s degree and doctorate from Princeton before living in Israel for a few years in the 1980s. Angrist then taught at Hebrew University from 1991 to 1996 before becoming a professor in the economics department at MIT.

He has written several papers about labor conditions in Gaza and the West Bank and served as a member of Israel’s Finance Ministry Working Group on Israeli-Palestinian Labor Market Relations in 1994.