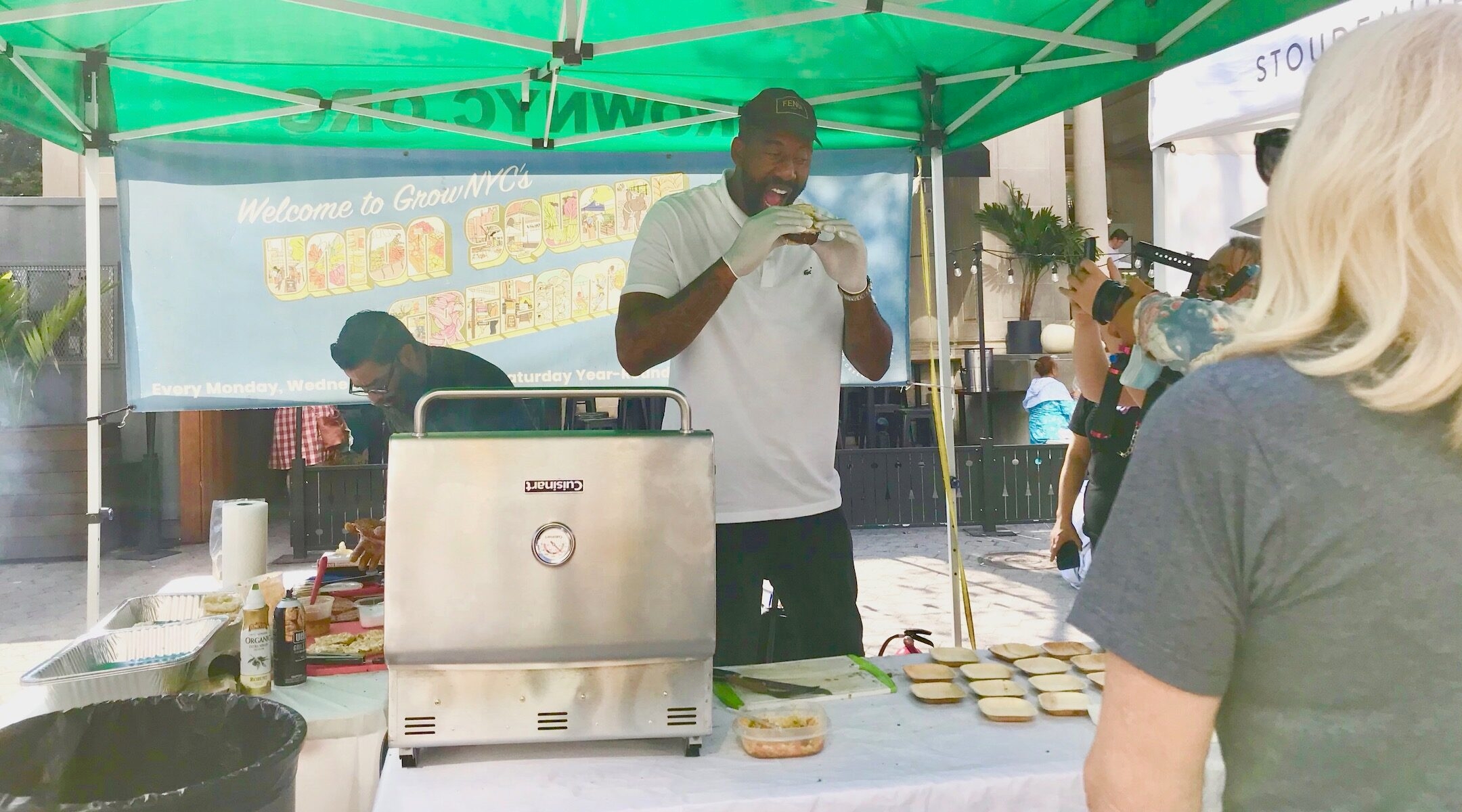 Amar'e Stoudemire, assistant coach of the Brooklyn Nets, samples one of his own signature Stoudemire Farms burgers at his booth at the Union Square Greenmarket in Manhattan, Oct. 15, 2021. (Julia Gergely)
Advertisement

The former NBA star and current Brooklyn Nets assistant coach was helping staff a booth at the Manhattan farmers’ market, where customers were able to pick up fresh brisket, steaks, burger patties and condiments from Stoudemire Farms, his family-run farm in Duchess County, New York that ethically and sustainably raises Black Angus cattle.

The meat, however, is not certified kosher, unlike the wines he produces in Israel at Kfar Tikva, a winery that employs individuals with developmental disabilities. (The winery’s website describes the African-American athlete as the “first kosher winemaker of color.”) Stoudemire became an Israeli citizen in March 2019 and completed his conversion to Judaism in August 2020.

The cattle farm, which has been in operation since 2015, has had a booth at the Union Square Greenmarket every Friday since June.

He is currently pursuing his MBA at the University of Miami while running Stoudemire Farms, which he founded in order to “create a legacy for his children, and to raise awareness of the importance of building intergenerational wealth in the African American community,” he writes in a letter on the farm’s website. “We’ve dedicated nearly 200 acres to teaching the next generation about the legacy inherent in land ownership and the dignity in reclaiming food sovereignty.”

On Oct. 15, fans steadily lined up for a selfie with Stoudemire and a taste of his signature Stoudemire Burger. Ground beef patties, grilled by Chef Jay Kumar of Jay’s Brooklyn, were dressed with a secret sauce that included garlic, ginger, cumin and fennel, and served atop a toasted English muffin baked by Dam Good English Muffins.