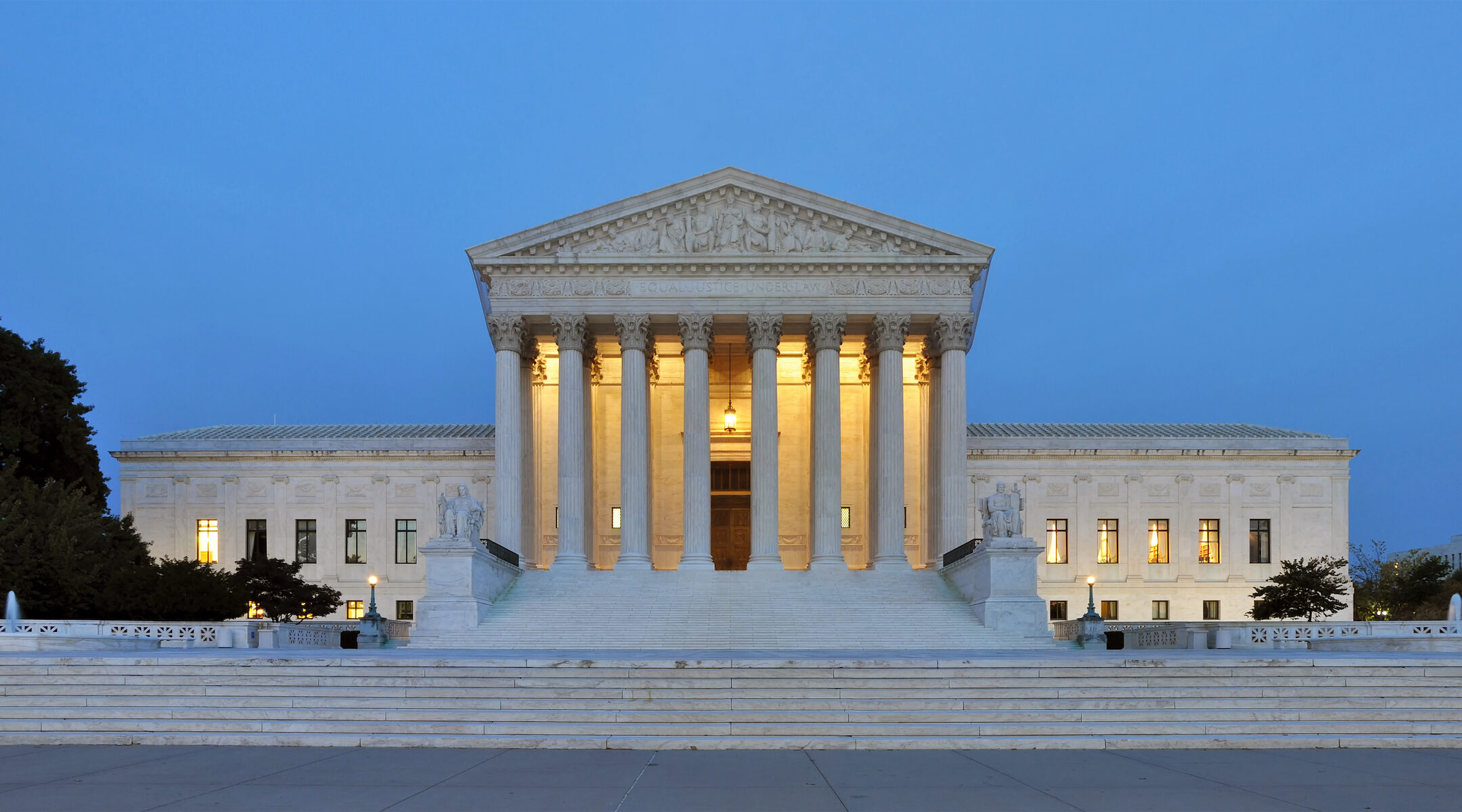 (JTA) — More than 15 years have passed since the end of the Second Intifada, but some American victims of the terror attacks from that period have not given up on their legal battle to hold a British bank accountable for allegedly aiding the terrorists responsible.

A group of about 200 Americans with family members harmed in the early 2000s attacks in Israel are asking the Supreme Court to review a decision by a federal appeals court decision from April of this year. The appeals court dismissed their suit against the bank due to lack of evidence that the bank “funded terrorist attacks or recruited persons to carry out such attacks,” or received any indication that the bank transfers were made for the purpose of terrorism.

Several Jewish organizations, including Agudath Israel, the Anti-Defamation League, Hadassah and the Orthodox Union, filed an amicus brief last week on behalf of the terror victims. Another amicus brief was filed by a group U.S. senators from both parties, including Chuck Schumer, Kirsten Gillibrand, Marco Rubio and Joni Ernst.

The group originally sued the National Westminster Bank, part of the Royal Bank of Scotland, in 2005 over claims that a charity called Interpal, which held accounts at the bank, was acting as a fundraising arm for Hamas — the Palestinian group that governs the Gaza Strip and is designated a terrorist group by the U.S. and Israel.

In 2014, the United States Second Court of Appeals ruled that the U.S. Anti-Terrorism Act required plaintiffs to show that the bank knew or was indifferent to Interpal’s support for Hamas, “irrespective of whether Interpal’s support aided terrorist activities of the terrorist organization,” according to Reuters. But in April 2021, the same appeals court dismissed the case for lack of evidence that Interpal “funded terrorist attacks or recruited persons to carry out such attacks,” and “Interpal did not indicate to NatWest that the transfers were for any terroristic purpose.”

The Second Intifada, or Palestinian uprising, began in fall of 2000 and led to the deaths of thousands of Israelis and Palestinians.