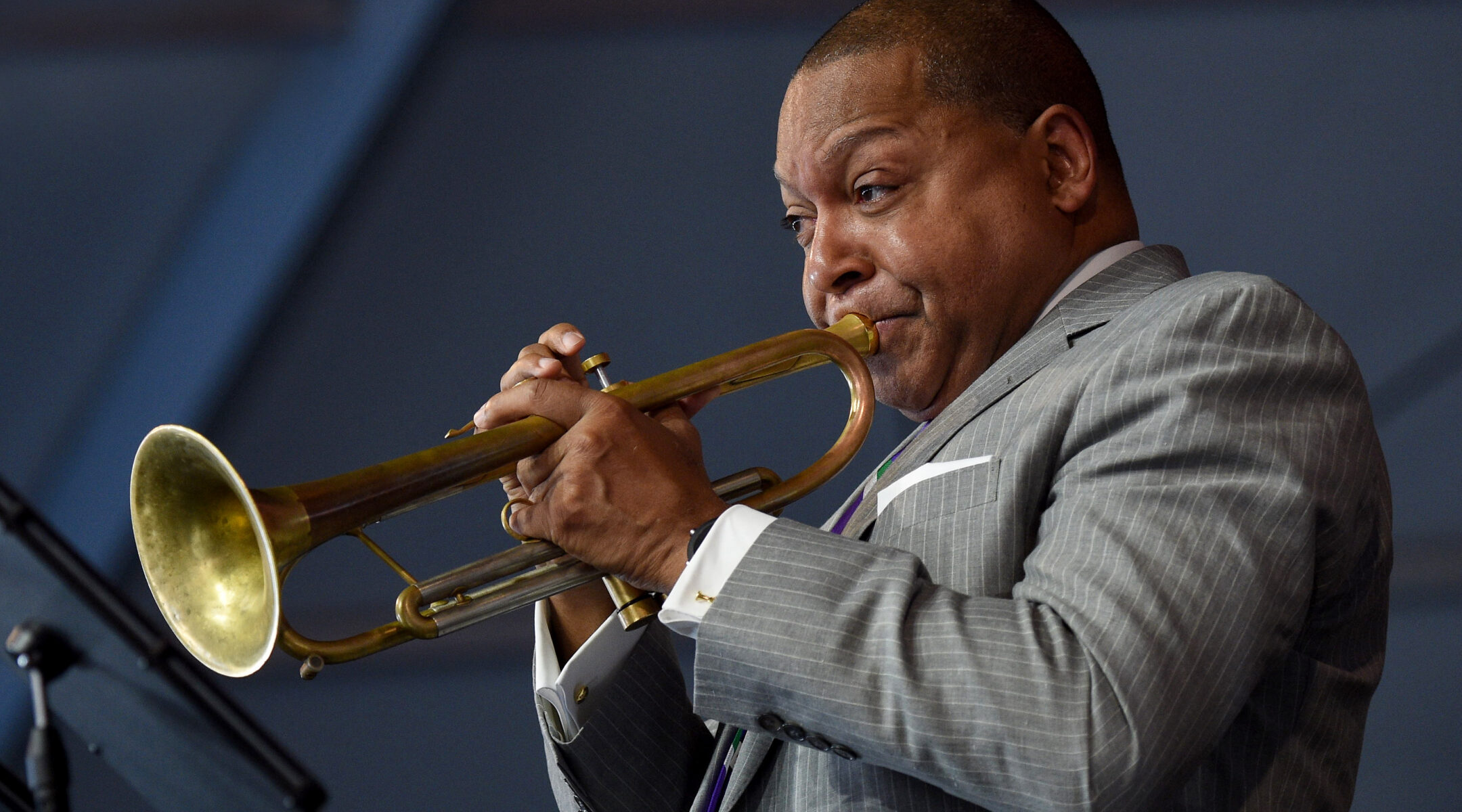 In the late 1930s, Jewish clarinetist and jazz bandleader Benny Goodman, known as the King of Swing, invited two Black musicians — Teddy Wilson and Lionel Hampton — to play in his orchestra.

It was a watershed moment that marked the beginning of the end of racial segregation in the music business in America.

“That was unheard of,” said Greg Thomas, CEO and co-founder of the Jazz Leadership Project, based in Stratford, Connecticut. “It’s all part of a long tradition of Black and Jewish Americans working together, starting with the father of jazz, Louis Armstrong, who got his first instrument from a Jewish family in New Orleans, and who wore a Star of David all his life in honor of that family.”

Capitalizing on that shared history, Thomas, along with Israel-based educator Aryeh Tepper, will be hosting an upcoming online event meant to bring together Jewish and Black Americans in the fight against bias.

Titled “Fighting Anti-Semitism and Racism Together,” rel=”sponsored” the event, to be held over two evenings next week, will include discussions, music and award-giving. The two-part series will be webcast via YouTube and Facebook, starting with “Stomping the Blues of Racial Essentialism” on Oct. 24 from 6 to 7:30 p.m. ET, and then “The Omni-American Vision: Culture, Not Race,” on Oct. 25 from 6 to 8:30 p.m. ET. The shows are being organized by the Combat Antisemitism Movement and the American Sephardi Federation.

Sacha Roytman Dratwa, executive director of the Combat Antisemitism Movement, said ahead of the event that he was saddened by what he described as tensions between Blacks and Jews but that there is great potential in using jazz and blues to promote the values of a multicultural society and stand up against polarization.

“I am very proud that we have been able to bring both communities together to make an important stand against intolerance,” Roytman Dratwa said. “Jewish and Black Americans have suffered severe racism throughout distant and recent history, leading to horrific acts against the two communities.”

He added, “Historically, we walked shoulder to shoulder for equality. We must all shine a light on that which unites us, rather than allowing marginal voices to divide us. Culture and music is something we can share and enjoy. It has been a rich ground for cooperation between our communities in the past, and reminds us that we share the same values and are on the same side of history in the fight against racism and hatred.”

Among the events’ honorees will be renowned artist, musician and composer Wynton Marsalis, manager of New York’s Jazz at Lincoln Center program. Marsalis, 60, the winner of nine Grammys as well as a Pulitzer Prize in music, will receive the Albert Murray Award for Omni-American Excellence.

Saxophonist Donald Harrison, winner of the 2022 A.B. Spellman National Endowment for the Arts Jazz Masters Fellowship for Jazz Advocacy, will speak, and Itamar Borochov, an Israeli-born, Brooklyn-based trumpet player who earlier this year won the LetterOne Rising Jazz Award, will perform six songs during the event as part of his quartet.

“This event is important because we want to strengthen the resilience of all those who oppose racism and antisemitism,” said Tepper, a frequent jazz lecturer as well as chief editor and director of publications at the American Sephardi Federation. 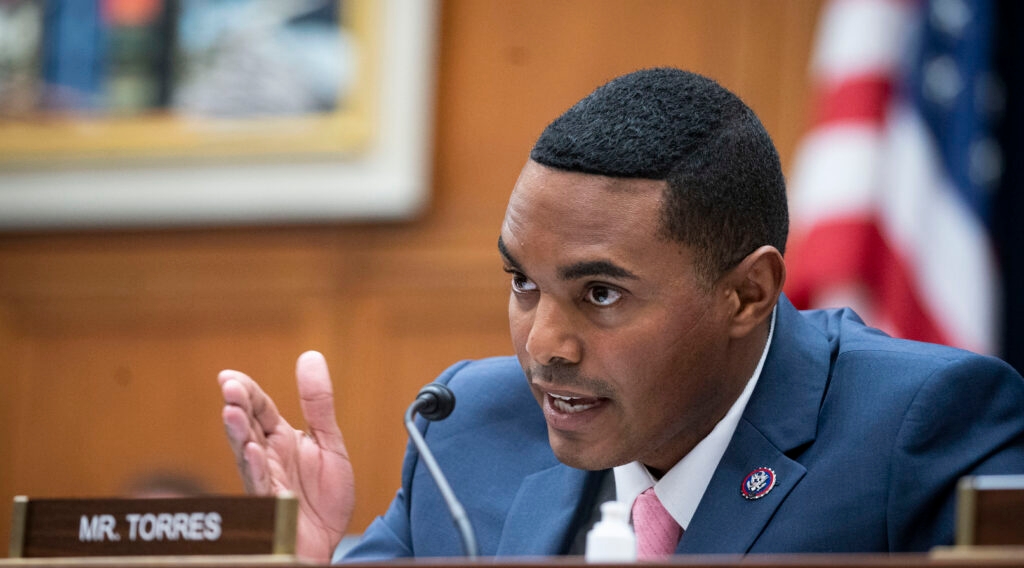 The unusual initiative is aimed at “all those who oppose racism and antisemitism and are looking for a middle path that avoids the extremes of the racial theorists from the left and the old-school racists from the right,” Tepper said. “This conference is not a one-off. We are cultivating a community for the mid- to long term.”

Racism is a problem on both the left and the right, Tepper said. “The old-school racists on the right and the race theorists on the left both bow down to an idol of the mind, which reduces people to soulless categories.”

During the events next week, Rep. Ritchie Torres, a Black Puerto Rican lawmaker who represents a district of the Bronx in Congress — will receive the first-ever Omni-American Youth Leader Award in recognition of his work as a civic and political leader, as well as “his courageous support of the sovereign right of our liberal, pluralistic ally, Israel, to defend itself against its illiberal enemies,” according to organizers.

Greg Thomas said it’s been a mistake when Black Lives Matter activists adopt positions on the Palestinian-Israeli conflict, which can foment anti-Jewish sentiment in the process. Israel should not be lumped in with the oppressors of Black Americans, he said.

“What’s going on in Israel with the Palestinians is totally distinct from the struggles of Black Americans,” Thomas said.

Instead, he said, this initiative focuses on the positives of shaping “an omni-American culture, where the many streams of American life come together in a shared identity. It is through such intellectual, moral, cultural and spiritual excellence that we’re fighting against bigotry.”

This story was sponsored by and produced in collaboration with the Combat Antisemitism Movement, a non-partisan, global grassroots movement of individuals and organizations across all religions and faiths united to combat antisemitism. This article was produced by JTA's native content team.