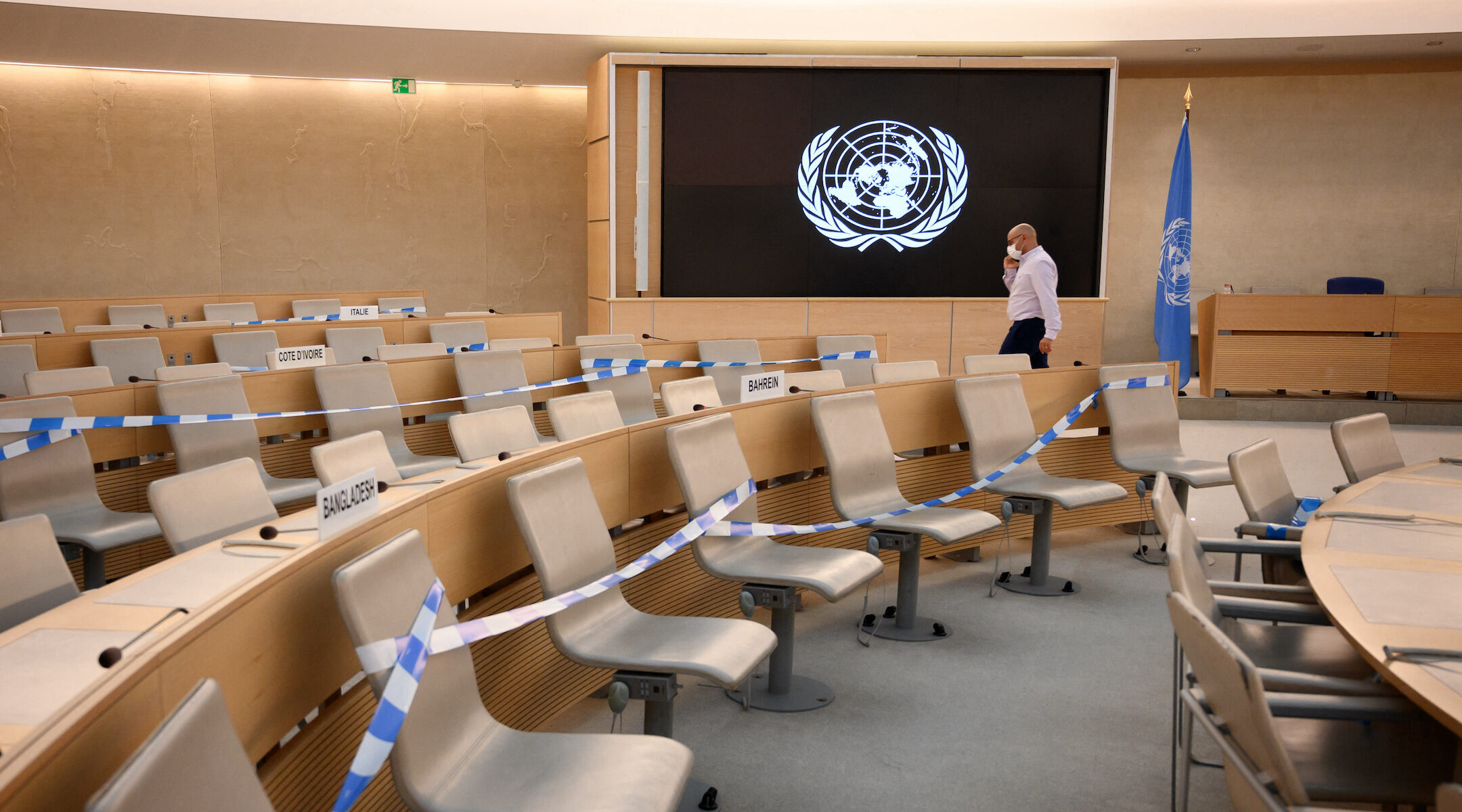 Seats are prepared for a session of the U.N. Human Rights Council in Geneva, Switzerland, Sept. 13, 2021. (Fabrice Coffrini/AFP via Getty Images)
Advertisement

(JTA) — President Joe Biden named a leader of the Atlanta Jewish community to the United Nations Human Rights Council, a body that has been widely criticized as overly hostile to Israel.

The Atlanta Jewish Times reported Friday that Biden’s choice is Michèle Taylor, who is the daughter of a Holocaust survivor, a founder of the Or Hadash congregation outside of Atlanta, a past member of the U.S. Holocaust Museum Memorial Council and someone who has been involved in the Atlanta Jewish community  in other capacities.

She has also been involved in senior fundraising positions for the Democratic Party and is currently a member of the board of the National Center for Civil and Human Rights.

The Trump administration quit the Human Rights Council in 2018 because of its consistent focus on what the body alleged were Israeli human rights abuses, while allowing other countries with controversial human rights records, including China, the Democratic Republic of the Congo and Saudi Arabia, to be members and help set the agenda. Israel has never been on the council and has refused to cooperate in the Council’s investigations.

Biden and past Democratic administrations acknowledge the council’s bias against Israel but say the United States is better served as a member of the group working to advance its human rights agenda — and to tamp down anti-Israel rhetoric. Biden rejoined the Council late last week.

The White House’s nomination statement noted that Taylor is the daughter of a Holocaust survivor and said Taylor “has served in a number of roles advocating for protection of fundamental human and political rights.”