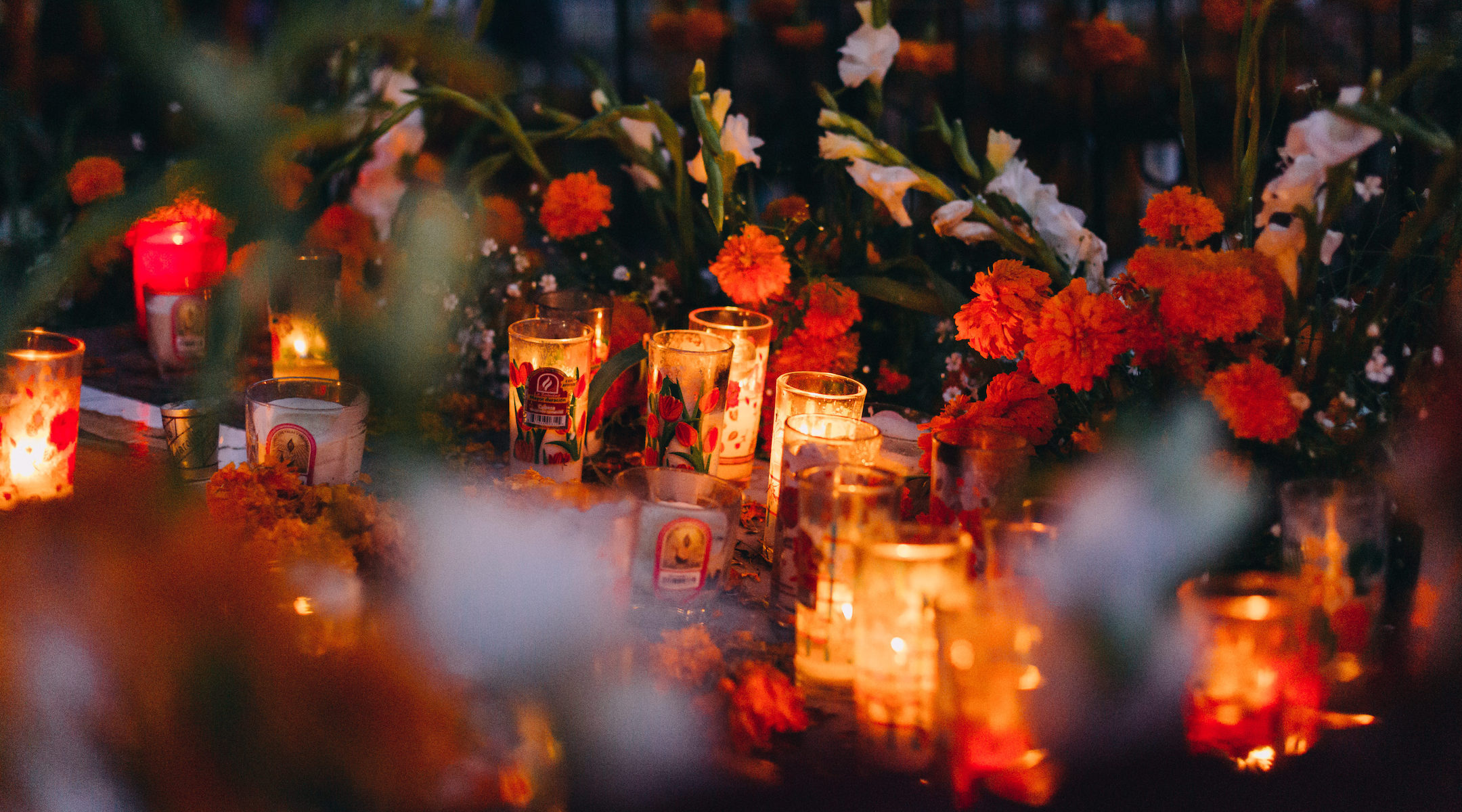 Growing up with one foot in Mexico and one foot in the United States, I am no stranger to the idea of straddling two cultures. In religious studies, we call this idea liminality. Vampires, centaurs and even Jesus Christ (as both divine and human) are all liminal beings. To be liminal is to be half and half — not quite one, not quite the other.

Though born in Mexico, I grew up in the Northeastern United States with my mother. The changing of the seasons from summer to fall was marked by a kaleidoscope of changing leaves, the smell of apple cider and hayrides through rows of corn. I loved the crisp smell of the air as fall rolled in — it was my favorite time of year.

In Mexico, when the end of October rolled around and the sugar skulls and rainbow tissue-paper banners began to proliferate, I remember asking my father why we did not provide offerings to ancestors or feast in the cemetery the way other members of our Yucatan community did. My father replied that it was because though we were Mexican, we were Jewish first — and while we could participate in some cultural aspects of the festival (like enjoying a delicious pan de muertos), Jews saw this festival as idolatrous, and therefore off-limits.

None of this, however, stopped Halloween from always being my favorite holiday. I did not get Día de los Muertos — but nobody was better at U.S. Halloween than me. My costumes were elaborate and specific. I threw parties starting from the age of 10, with crafts such as painting pumpkins with glitter and turning Oreos into spooky spiders. When I grew too old for trick-or-treating, I donned my floor-length bat mitzvah dress and told the little girls at the door I was a princess while doling out candy bars (full-sized, of course).

But my Mexican half yearned to be a part of a tradition that was closed off to me. It was not until attending Harvard Divinity School, where I am currently pursuing a Master of Theological Studies, that the tension between my competing identities came to a head. During a class, one student called on us to connect with the ancestors before our next meeting. Having never really engaged in such a practice, I first consulted my rabbi for his take on how best to connect with the ancestors. He provided several helpful examples of how people do this within the Jewish tradition, including the ritual commemoration of those who have passed at wedding ceremonies and the traditional way of celebrating the harvest holiday of Sukkot.

I found myself obsessed with questions for the following days. How could I simultaneously use this day — when the veil between the living and dead is at its most thin, when my Mexican ancestors might be ready to connect with me — when I was also Jewish, and this was a day that was historically prohibited?

But even more pressing for me, not intellectually but spiritually, was the question: What wisdom do the ancestors have for me that I have been unable to access? What secrets are they holding in their hands, waiting to whisper in my ear, if only I could ground myself enough to connect with them?

I think that the beauty of being a modern Jew whose primary identity is pulled from culture and ethnicity rather than religious practices is that I have permission to disregard the aspects of this celebration that are, at its core, anti-Jewish, like idolatry. Perhaps this holiday was unavailable to my father — but why should it be unavailable to me?

Although it’s true that the Day of the Dead originates in pre-colonial Indigenous rituals and continues on in Catholic Mexico, the true magic of being a 21st century Mexican Jew in the U.S. is that we get to pick and choose. We are not bound by the same dogma and stigma of our ancestors — in fact, I am learning that by shedding these ideological shackles, I can embrace both sides of my ancestry with abandon. Lighting candles on Día de los Muertos is no different than observing a yahrtzeit — not to me. If anything, one tradition is enriched by being tied to the other.

I recently came upon this excerpt from American Catholic monk Thomas Merton’s journals in 1958, and it felt apropos:

My vocation is American — to see and to understand and to have in myself the life and the roots and the belief and the destiny and the orientation of the whole hemisphere — as an expression of something of God… to be able — possibly — to reach out and embrace all the extremes and have them in oneself without confusion… without being torn apart. No one fragment can begin to be enough—not Spanish colonial Catholicism, not 19th-century republicanism, not agrarian radicalism, not the Indianism of Mexico — but all of it, everything. To be oneself a whole hemisphere…

It is my ardent hope that this year my Día de Los Muertos alter can tie together my fragments, without confusion, without being torn apart, so that I may be, myself, a whole hemisphere.

Francesca Reznik
Francesca Reznik is a graduate student at Harvard Divinity School where she is pursuing a Master of Theological Studies in religion, ethics and politics. She holds a Bachelor of Arts in Religious Studies and a Master of Behavioral and Decision Sciences, both from the University of Pennsylvania. Her day job is at an energy justice nonprofit doing work in the Greater Boston area to help the Latinx community. She enjoys cooking, baking, running, hiking, and writing.
The views and opinions expressed in this article are those of the author and do not necessarily reflect the views of JTA or its parent company, 70 Faces Media.