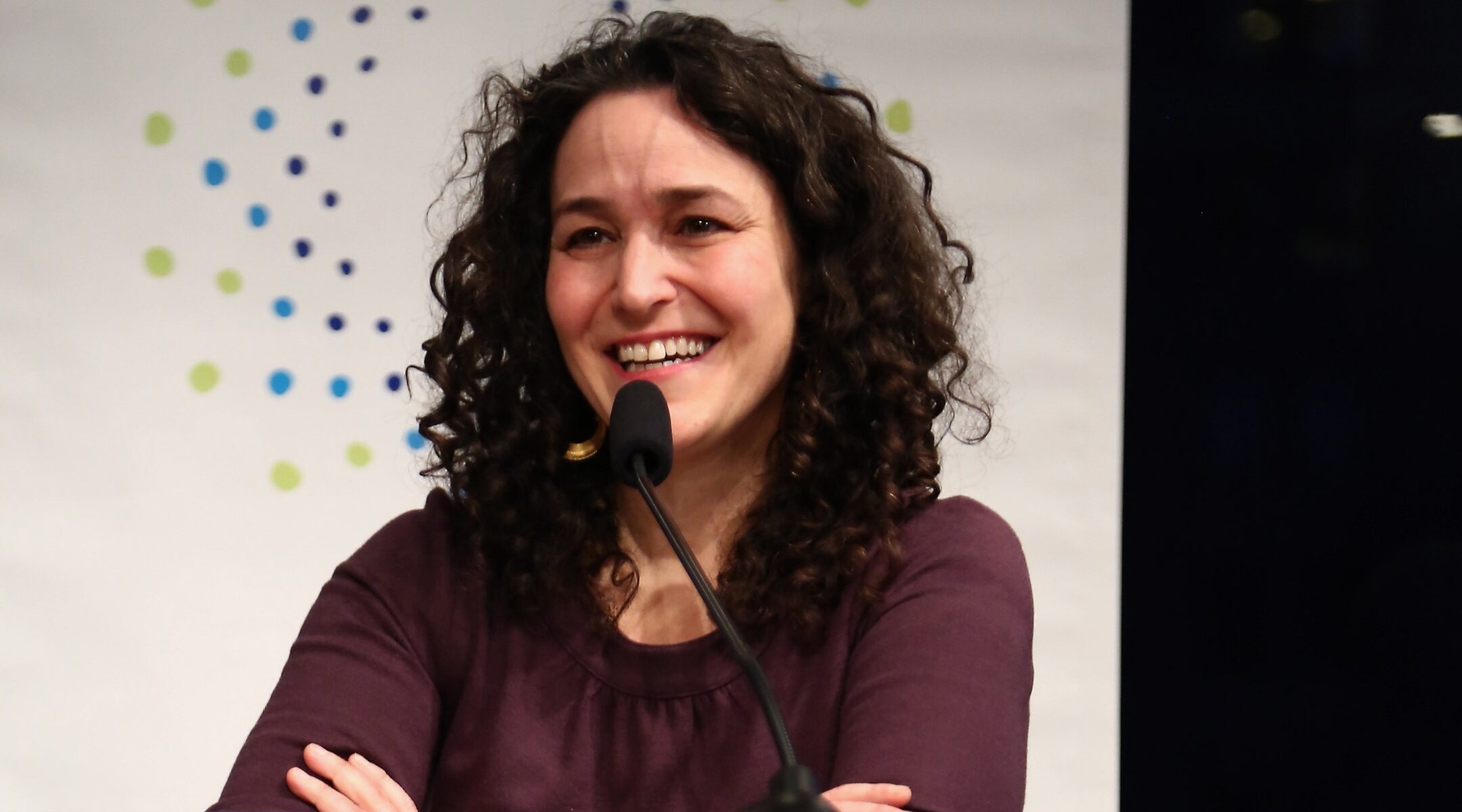 But the group’s new president, Pamela Shifman, says she’s all about shining a light — on what she calls threats to democracy, right-wing antisemitism and other issues.

The Democracy Alliance raises money in support of organizations the group says works to “advance a progressive agenda.” Unlike some other liberal fundraising groups such as MoveOn that cite large numbers of donors, the Democracy Alliance focuses on major giving only: Donors must commit to giving at least $200,000 per year to enter. The group boasts Tom Steyer, Susie Tompkins Buell and, yes, left-wing megadonor George Soros among its members — but most of its donors are anonymous.

Shifman, who comes from a family of liberal Jewish activists, said she is not happy with the role of anonymous or “dark” money in political giving. But she is also not ready to give it up yet.

“As progressives, we support greater transparency and an end to Citizens United [the 2010 Supreme Court decision that protected corporate political giving], but we can’t unilaterally disarm ourselves in this fight,” she told the Jewish Telegraphic Agency. “Because the moment is too important to do so. And what we know is activists need resources, movements need resources, and they need resources now to address the challenges we face.”

Shifman, 51, is not prone to keeping a low profile. In her previous work, heading NoVo, a foundation funding racial and gender justice initiatives, she was a frequent speaker, and took to the streets in protest, at times with Jewish groups. In 2014, after a New York policeman choked Eric Garner to death, Shifman joined protests organized by Jews For Racial and Economic Justice.

Melding Jewish expression with social justice was embedded in her upbringing in suburban Detroit, Shifman said, where she grew up in a Conservative Jewish home.

“So much of our trace values were around tikkun olam,” she said, referring to the Mishnaic mandate to repair the world that has become a byword for social justice among liberal Jews. ”My parents have been just unbelievably generous in the way they live their life. What that is about is helping strangers, it’s about helping anyone who they could help whether financially or not financially — we always had people staying in our home, who needed a place to stay, who were going through a difficult time. My friends all knew our house was a place they could come if they needed respite and comfort.”

Shifman fondly recalls markers of Jewish involvement in the community, including membership in B’nai B’rith Girls (now wrapped into the BBYO youth organization) and playing basketball and softball in the 1986 North American Maccabi Youth Games in Toronto. (Shifman is still into fitness, training with her partner for a half-marathon.)

Her family were members of Congregation Beth Shalom in Oak Park, Michigan, but Shifman says her deepest feelings of Jewish identification come from the activism of her father, Arnold, a lawyer, and her mother, Elaine, a retired public school teacher.

“My mom stands outside in suburban Detroit every Monday evening, with a group of older people with a sign that says ‘Black Lives Matter,’” she said. “It’s a group of mostly white, mostly Jewish people who stand out on Woodward Avenue in the suburbs, to send a message to other suburban folks, that they stand for racial justice.”

Shifman got emotional as she recalled her father’s funeral last year, just before the coronavirus pandemic hit.

“He had nearly a thousand people at the funeral,” she said. “People shared with us, came up to us and said, ‘You may not know this, but your father helped my son for free. I didn’t have any money.’ There were just hundreds of stories of people I’d never met before. I feel his memory is with me so much in all of the work that I do.”

Shifman says she detects an antisemitic undercurrent in some of the attacks on the Democracy Alliance, such as the Free Beacon’s characterization of the group as Soros’ “shadowy dark money.” Soros has been targeted in attacks from the right that Jewish groups say have often crossed into antisemitism — among them accusations that he is the unseen hand behind movements conservatives revile. Some have even called him a “puppet master,” bringing to mind stereotypes and conspiracy theories about Jewish world domination.

“The right has weaponized antisemitism to undermine progressive work,” Shifman said. “The attacks on George Soros are antisemitic, there is no doubt in my mind about that. Those of us who are on the side of justice need to treat this moment as urgent and an all-hands-on-deck moment.”