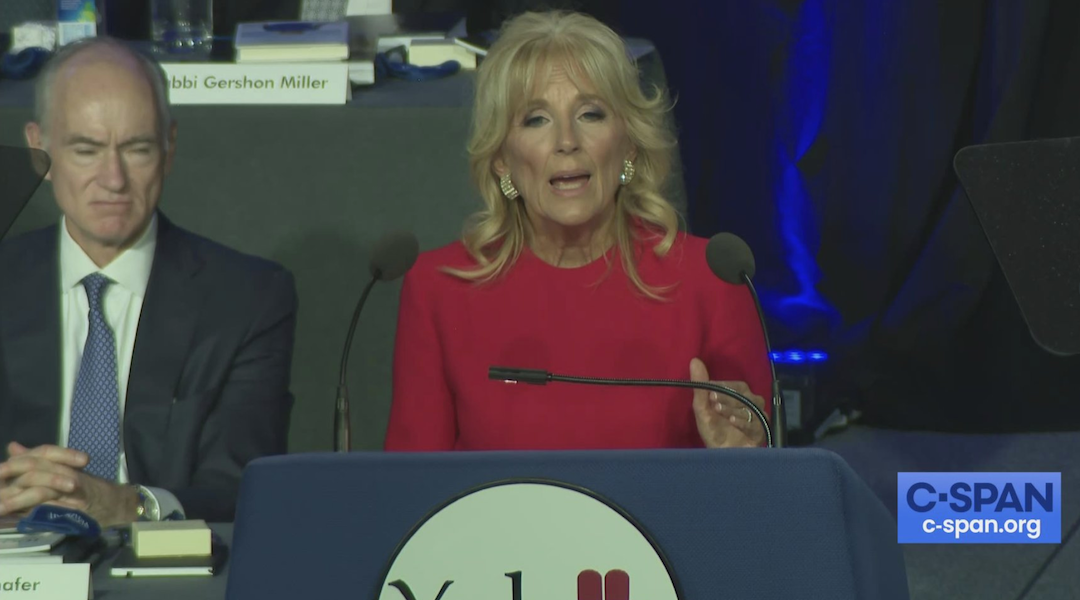 In her speech, Biden paid tribute to the late Rabbi Jonathan Sacks, the former chief rabbi of Britain and public intellectual who died a year ago.

“He once wrote, ‘God does not ask us to save the world — entirely and alone. Instead God asks us to do what we can, when we can. We mend the world one life at a time, one act at a time, one day at a time,'” Biden said, according to Jewish Insider.

The dinner’s past in-person guests, who are sometimes surprise announcements, have included leaders from both parties, such as President George W. Bush, Secretary of State Hillary Clinton, presidential nominee John McCain and Secretary of State John Kerry.

Last year, in the midst of the coronavirus pandemic and just weeks before the election, both President Donald Trump and then-nominee Joe Biden sent in video messages to the virtual event. Biden also attended the fundraiser in 2011, when he was Vice President.

Yeshiva Beth Yehudah, located in Oak Park, is Michigan’s oldest and largest Jewish school, founded in 1914 and currently enrolling around 1,000 students. It has seen heavy growth, building three major additions to its campus over the last decade.