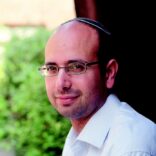 Jonathan Sacks, seen as the chief rabbi of the United Kingdom, circa 2000. (John Downing/Getty Images)
Advertisement

(JTA) — Rabbi Lord Jonathan Sacks, who passed away on Nov. 7, 2020, left a legacy that is well known: As Chief Rabbi of the United Hebrew Congregations of the British Commonwealth, he led a renewal of vibrant Jewish life through the growth of Jewish schools and the revitalization of the London School of Jewish Studies; delivered erudite speeches, books and articles that inspired the United Synagogue and beyond by advocating a realistic, modern and yet uncompromisingly faithful view of traditional Orthodoxy; and served as a public intellectual whose wisdom was sought by politicians, academics, CEOs and other faith leaders around the globe.

But can his contribution to modern Jewish thought be easily summarized? As a dedicated disciple, I would never even attempt such a thing. But I can offer this. The colloquial term for a leading rabbinic sage is gadol, meaning, simply, “great.” With the rise of ultra-Orthodoxy, the word today evokes aged men garbed in monochrome, surrounded by devotees and making pronouncements from their insular enclaves. But the intricate discussions of Jewish law of which these men are experts were described by Maimonides, the 12th-century scholar, as a dvar katan (small matter), reserving the phrase dvar gadol (great matter) for discussions of the nature and purpose of Creation.

A scholar must, Maimonides insisted, master the small before the great, for if the former makes up the framework of everyday Jewish life, it is the latter that establishes the ultimate value and meaning of existence – what we would call philosophy.

The title “gadol” should be reserved for a rabbinic scholar who is not only steeped in Jewish law, but also able to understand and address the deep questions of life: Why are we here? What is our purpose? How can we make a difference? A true gadol can speak to the religiously minded as well as to those of little or no faith. A gadol can translate ancient Jewish wisdom into contemporary insight and realistic policy.

To my mind, only Rabbi Sacks has earned the title of gadol in recent times.

Rabbis today, like the clergy of other religions, have been compartmentalized as the leaders of the faithful only, with little to say in the public square. The sad result is that many rabbis now perceive themselves in this limited way too. But Rabbi Sacks always championed “a Judaism engaged with the world.” He was able to speak to all people, using a language anyone could understand and that could move them to action. He was at home in the beit midrash, the Jewish house of study, and in the academy, but he learned to be most at home in the community. Toward the end of “Morality,” his final book, he writes:

I had the privilege of studying with some of the greatest philosophers of our time, yet I learned more about morality in my years as a congregational rabbi than I did at Oxford and Cambridge, and I did so by conducting funerals. As a young rabbi in an aging congregation, I often did not know the deceased personally, so I had to ask relatives and friends what they were like and what they would be remembered for. No one ever spoke about the clothes they wore or the cars they drove, the homes they lived in or the holidays they took. They spoke about their role in their family, their place in the congregation and its activities, the good deeds they did, the causes they supported, the voluntary work they undertook and the people they helped. It is not what we do for ourselves but what we give others that is our epitaph and that ultimately floods life with meaning.

The loss of Rabbi Sacks is felt most acutely by British Jews proud that such a great thinker and rabbi emerged from their ranks. Yet his influence spread across the oceans to the entire Jewish world, and well beyond the Jewish community. He began as a rabbi in a small synagogue, then he became the chief rabbi of Anglo-Jewry and, in his later years, a rabbi to global Jewry as well as to some of the most influential people, both Jewish and non-Jewish, on the planet. I am not fond of hyperbole, but I honestly wonder if we will ever see his kind again. He was a genuine gadol, a Jewish voice heard by all, a rabbi in the widest sense of the term.

But he is not the last true rabbi, because of the other great focus of his life: leadership and empowerment. I am just one of thousands of men and women for whom he is a crucial inspiration, who have built their leadership upon his principles. His many books line our shelves, and his deep belief in us compels us to continue his legacy. No one can fill his shoes, but I am sure he would prefer that we fill our own. He would always say, “Education is not what we do, it is who we are.” Rabbi Sacks was not the last true rabbi, precisely because he was a true rabbi to the last.

This article is adapted from “The last rabbi,” an essay in The Jewish Quarterly, Issue 246, November 2021, and is used here with permission.

Rabbi Raphael Zarum
is Dean of the London School of Jewish Studies, where he trains teachers and lectures in modern Jewish thought.
The views and opinions expressed in this article are those of the author and do not necessarily reflect the views of JTA or its parent company, 70 Faces Media.