Forest Hills Jewish Center, a fixture in Queens, will sell its building and relocate 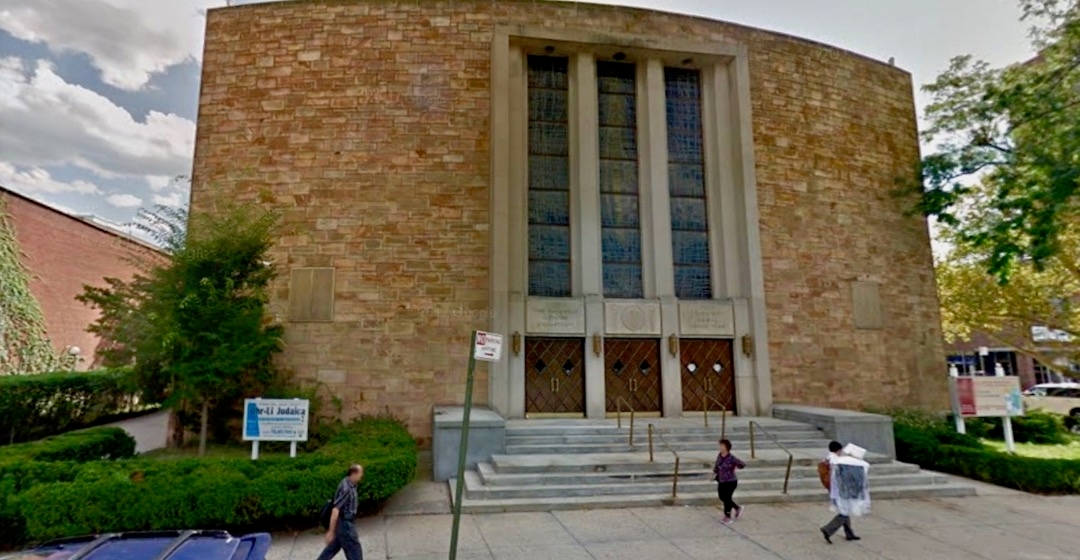 The Forest Hills Jewish Center has been a fixture on Queens Boulevard since the late 1940s. (Jewish Week)
Advertisement

(New York Jewish Week via JTA) — Congregants at the Forest Hills Jewish Center approved the sale Thursday evening of their block-long building, a fixture in Queens since the late 1940s. They will now begin the process of finding a new home in the same area.

“The vote was overwhelmingly for the sale,” said Carl Koerner, chair of the building committee.

The 400-family unit Conservative synagogue’s building at 106-06 Queens Boulevard has been on the market for about a year. The asking price was $50 million, but Koerner said the terms of the sale to a developer would not be made public until it is approved by the state attorney general.

The 70-year-old building “doesn’t serve the needs of our congregation,” explained Rabbi Gerald Skolnik, the congregation’s spiritual leader since 1982.

“It was configured during a period when the architecture of synagogues was very frontal, with clergy facing the congregation,” he said. “It is like a concert hall. There is nothing about the architecture of the synagogue that is intended to withstand the changes in societal needs.

“Services today are more participatory and intimate,” he said.

“There are stairs throughout the building, which is not handicap accessible,” said Koerner. “And there is only one elevator. We wanted something new that would be the right size for the congregation and more in line with how we function and with all new air conditioning and heating.”

A middle-class neighborhood one described as “city life in a suburban setting,” Forest Hills has about a dozen synagogues. At its peak in the 1950s and ‘60s, the Jewish Center, under the leadership of its then senior rabbi, Ben Zion Bokser, had a membership of more than 1,000 families.

It has faced challenges over the years, but nothing like the “immense challenges” it faced during the pandemic, Koerner said, including lost rental and catering income and cancelled fundraising events. He noted that the congregation “was able to come through it fairly well. We rose to the challenge as a result of a lot of hard work and a wonderful professional team.”

The congregation realized about 20 years ago that the building was not a good fit, noted Romi Narov, its president.

Over the following years “we went into the market a few times, but we encountered a down market and stopped.” The price they were offered, she said, is now “the best we could get.”

Asked where they will move, Narov said there are “a few potential new sites that could be adapted.”

“We will be taken seriously now by potential property owners because they know we now have the money,” she said.

Skolnik said that because many members walk to synagogue on Shabbat and holidays, the new building would have to be within walking distance of their current home.

Although the current building rents some of its unused rooms to outsiders, Narov said the plan is to move into a building that is large enough to accommodate one of its current renters, JASA’s Selfhelp Community Services. Selfhelp offers a broad array of services to elderly, frail and vulnerable New Yorkers. It is also the largest provider of comprehensive services to Holocaust survivors in North America.

“We hope to take them with us because Selfhelp fits into our mission,” she said, noting that it currently rents one large room and several smaller rooms.

Koerner said one thing the leadership is “committed to is that we will not lose a day of operation, not even for one hour.”

He also stressed that the sale of the building is something the congregation has been planning for more than 20 years and is “unrelated to the pandemic.” He said he would expect that the building would be razed once the sale is complete and that the new owners of the site, which is zoned for mixed use, would erect a building for both retail and residential use.

Skolnik said that the congregation “might even attract different people with a different building. I think it’s all for the good. … I have a deep appreciation of the history of this synagogue, but there comes a time when change is what is called for. There is nothing good about this building except for the fact that it has history. But history can’t stand in the way of surviving. And the story of the Forest Hills Jewish Center is about its congregation. The building needs to change.”