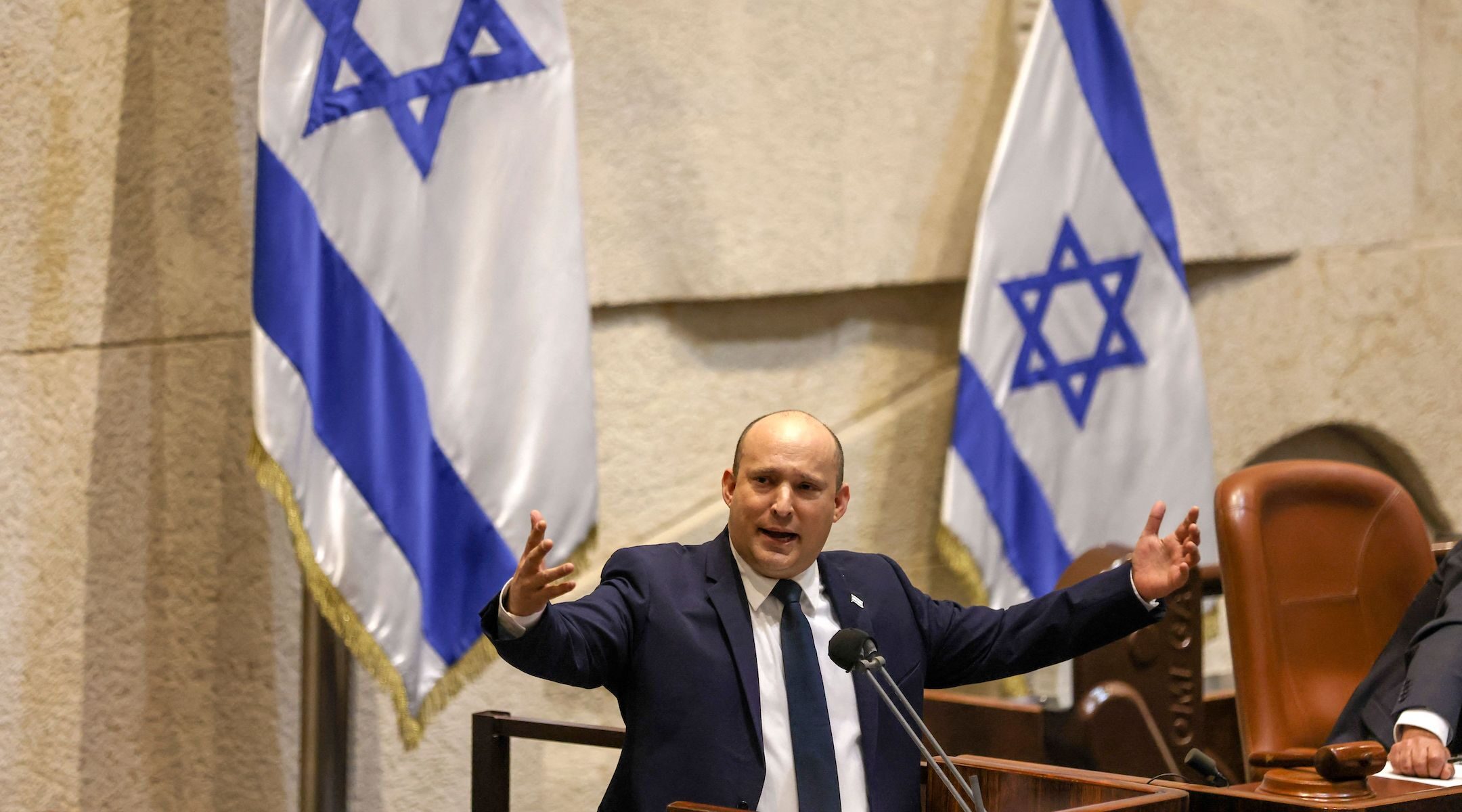 Israeli Prime Minister Naftali Bennett speaks during a plenum session and vote on the state budget at the assembly hall in the Knesset (Israeli parliament), in Jerusalem, Nov. 3, 2021. (Ahmad Gharabli/AFP via Getty Images)
Advertisement

(JTA) — In what was seen as a crucial test in Israel’s longstanding governing crisis, the country’s lawmakers managed to approve a national budget for the first time in more than three years on Thursday.

A failure to do so by a Nov. 14 deadline would have meant the collapse of Israel’s new government and a fifth national election since 2019.

The approval of the fiscal framework marks a victory for the coalition led by Prime Minister Naftali Bennett over his predecessor, Benjamin Netanyahu, who sought to undermine parliamentary negotiations as more than 700 individual budgetary provisions came up for a vote.

The passage of the $195 billion budget for 2021 will allow Israel’s governmental offices to resume long-range planning and other routine functions after a hiatus imposed by Netanyahu. Many are seeing hope for an end to the political chaos that has engulfed Israel in recent years.

“A holiday for the State of Israel,” Naftali Bennett said in a tweet. “After years of chaos, we formed a government. We overcame [the delta variant]. And now, God bless, we have brought a budget to Israel.”

Bennett is governing on the slimmest of majorities, an arrangement of 61 odd bedfellows — including parties from the right, center, left and Arab sector — in a parliament with 120 seats. A single defection would have scuttled the budget.

Netanyahu tried to break up Bennett’s alliance in the weeks leading up to Thursday by disparaging the proposed budget as friendly to the rich, and highlighting provisions he characterized as handouts to the only party in the coalition representing Arab Israelis. He reportedly approached lawmakers in the coalition with offers of senior roles in a future right-wing government if Israel went to election again.

But in the end, Netanyahu’s rhetoric and meddling failed, and lawmakers approved a budget. They’ll now begin debating the 2022 budget in anticipation of a March deadline for approval.