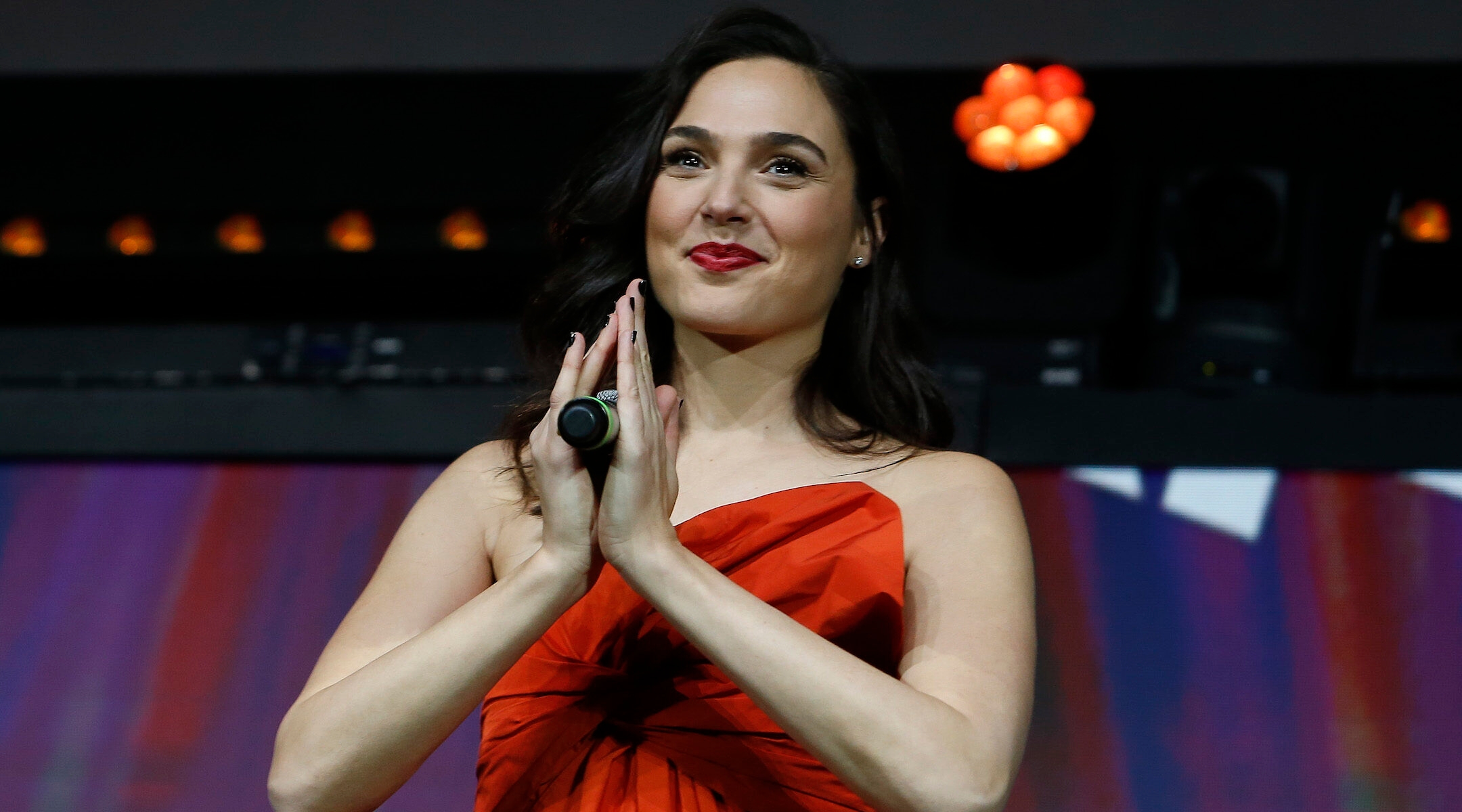 (JTA) — Gal Gadot is back to speaking Hebrew on late-night American TV.

In an appearance on CBS’ “The Late Late Show” on Tuesday night, host James Corden subjected the Israeli star to a game titled “Gal Ga-YES or Gal Ga-NO.” Corden challenged Gadot to perform a series of tasks, including throwing a grape in the air and catching it in her mouth, and reading a line in a British accent in front of the studio audience.

The second challenge on the list had a more limited audience.

“Can Gal Gadot tell a joke in Hebrew and make Hagar laugh?” Corden asked the audience. Hagar Ben Ari, an Israeli musician, is a member of the show’s house band.

“A baby is like instant coffee, do you know why?” Gadot said in Hebrew. “It’s easy to make it and it keeps you up all night.”

It was a Gal Ga-YES.