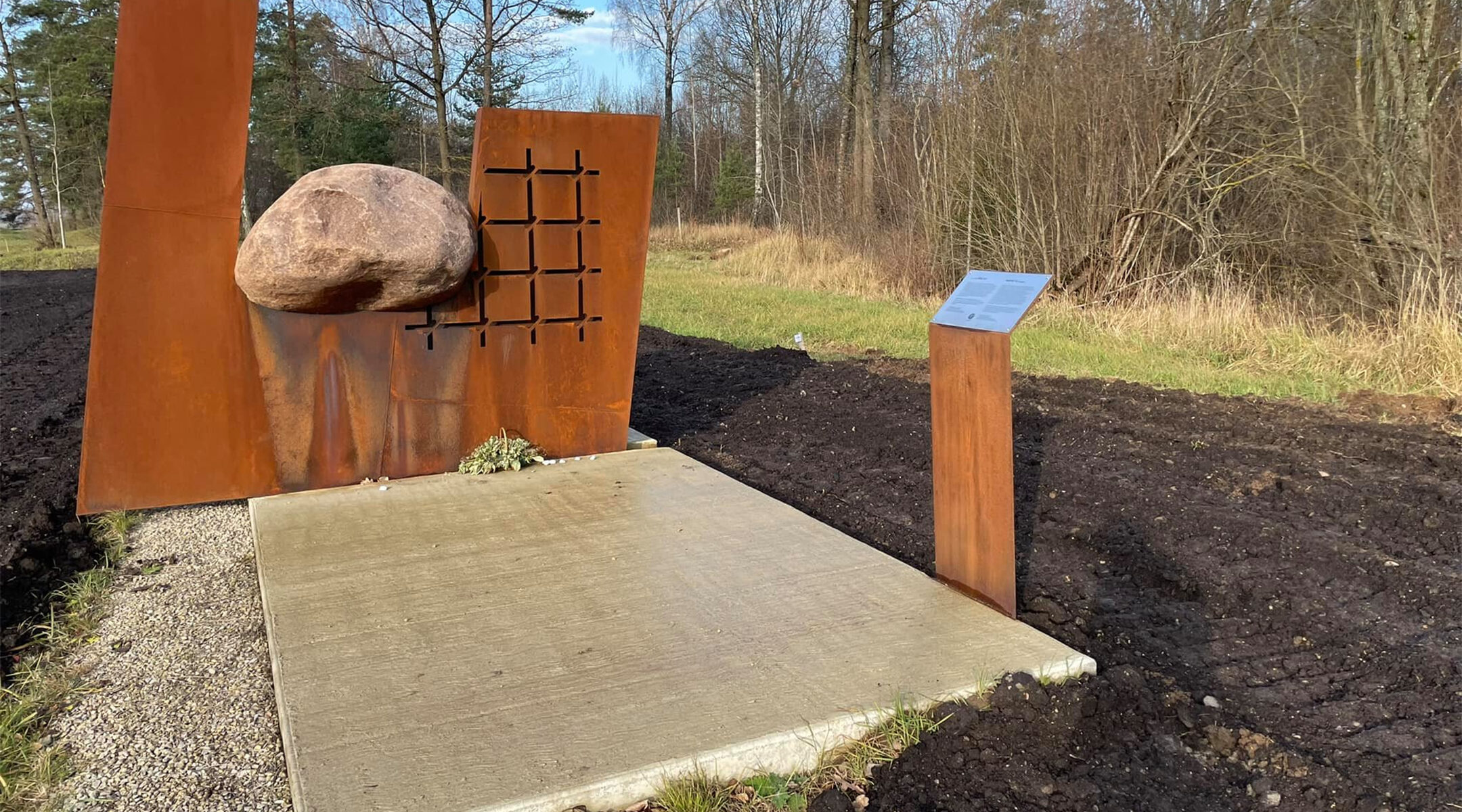 A bicycle path passes on either side of a monument to Holocaust survivors buried in a mass grave in Šiauliai, Lithuania, pictured on Nov. 10, 2021. (Courtesy of Rabbi Kalev Kerlin)
Advertisement

(JTA) — Municipal authorities in Lithuania have halted the construction of bicycle path near a mass grave of Jewish Holocaust victims, according to a rabbi who raised alarm about the project.

Rabbi Kalev Krelin, a former chief rabbi of Lithuania, posted on Facebook about a bike path that was being built in Šiauliai, a city situated about 100 miles northwest of Vilnius.

“Next to the city of Šiauliai in Lithuania there is a forest where Nazis killed Jews, Soviet soldiers and other locals,” Krelin wrote. “Today the paving work of a bicycle path started here.”

Photos of the site that Krelin posted included one of a freshly paved path on either side of a monument to the victims of the mass murder.

Krelin said construction had been suspended after he and others raised concerns about the project, which could run the risk of unsettling the gravesites of the murder victims.

How Lithuania handles Jewish burial grounds is a persistent question. Earlier this year, the government dropped a plan to build a conference center on the grounds of a historic Jewish cemetery — but didn’t cite concern for the memory of the Jews buried there as a reason.

In Šiauliai, which was home to Lithuania’s second-largest Jewish population before the Holocaust, the future of the bike path is uncertain. “We managed to stop the construction but this is just the beginning,” Krelin wrote.