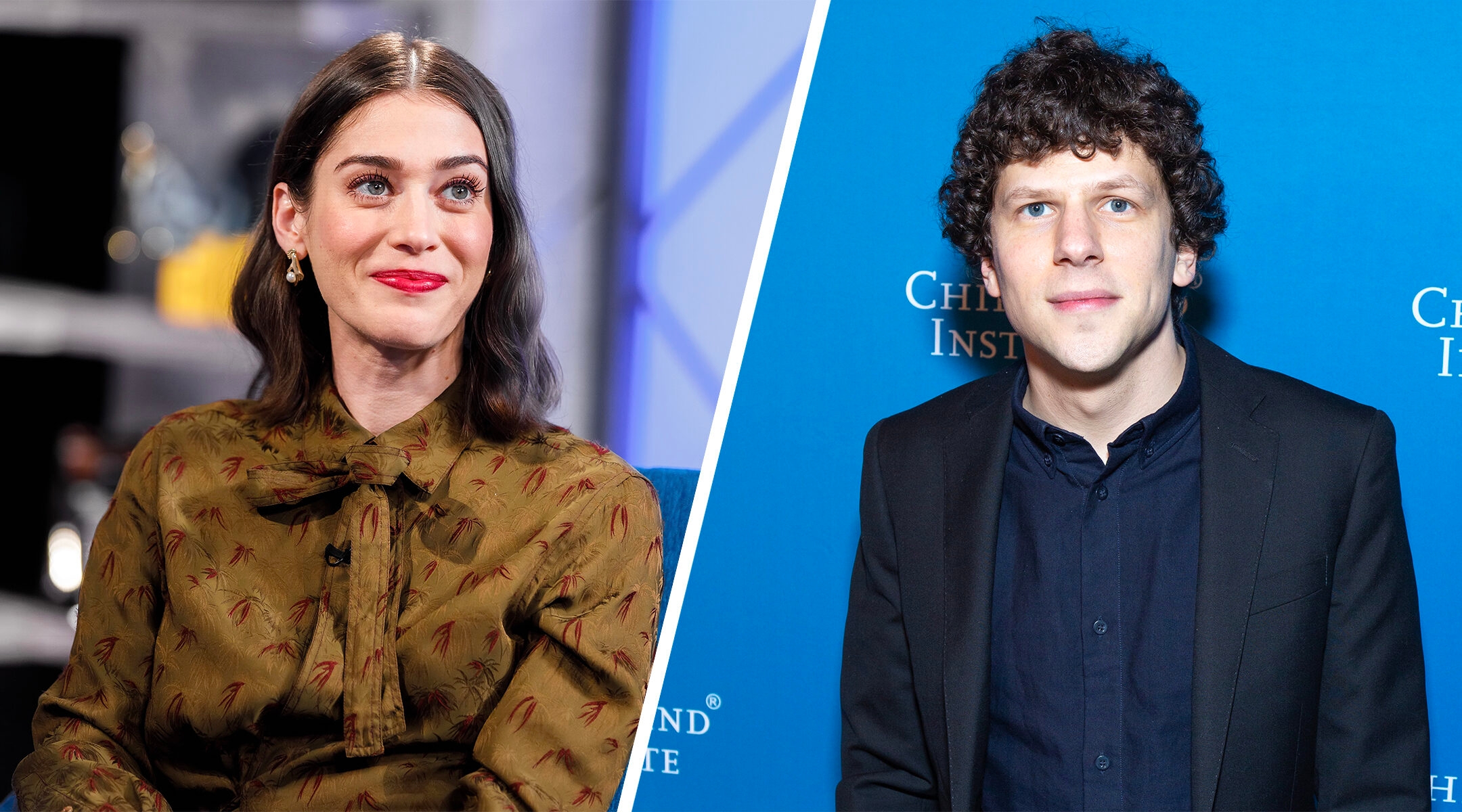 Lizzy Caplan and Jesse Eisenberg, the Jewish stars of "Fleishman Is in Trouble." (Getty Images)
Advertisement

(JTA) — Jewish actors Jesse Eisenberg and Lizzy Caplan will play lead roles in the TV adaptation of “Fleishman Is in Trouble,” the 2019 novel by Taffy Brodesser-Akner about a Jewish man’s middle-age crisis.

Earlier this week, Caplan was announced as the actress who will play Fleishman’s best friend, a journalist named Libby Epstein who narrates the novel and bears some biographical resemblance to Brodesser-Akner. (“Not that Libby was based on me!” the author tweeted while celebrating the selection.) The two characters met while studying abroad in Israel.

The casting comes amid a renewed debate over whether only Jewish actors should play Jewish characters on screen. The announcement of Kathryn Hahn as the choice to play Joan Rivers in a biopic — which is no longer getting made, due to objections by Rivers’ family — set off a recent spike in conversation on the topic.

Comedian Sarah Silverman has had strong thoughts on the topic, dubbed the “Jewface” debate by some, in interviews.

“Margo Martindale as Bella Abzug. Tracey Ullman as Betty Friedan,” Silverman fumed in a September episode of her podcast. “And on and on and on. Rachel McAdams in ‘Disobedience.’ It really is endless, and none of these actresses are doing anything wrong. But collectively, it’s f—ed up.”

Eisenberg, 39, was raised in a secular Jewish family in New Jersey and has previously portrayed Mark Zuckerberg, Facebook’s Jewish founder, in “The Social Network.” He is 5-foot-7 — the same height as Zuckerberg and believable for Fleishman, whose diminutive stature is a focus in the book.

Caplan, also 39, made her debut as Sara, the girlfriend of Jason Segel‘s character, on the cult TV hit “Freaks and Geeks” more than 20 years ago. Since then, the actress, who grew up in a Reform Jewish home in Los Angeles and went to Jewish summer camp, has starred in a range of roles and will replace Glenn Close in a forthcoming remake of “Close Encounters of the Third Kind.”

Whoever was chosen for the lead roles, there is no question that the series, which is in production now and will air on FX and Hulu, will lean heavily into its character’s Jewish identities.