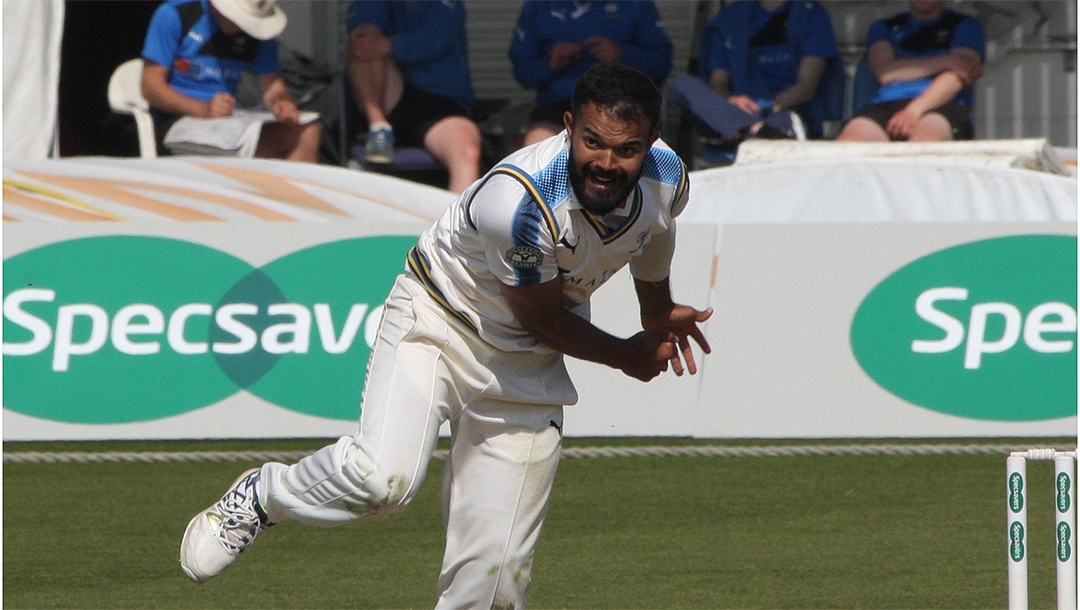 (JTA) — A Pakistan-born former professional cricket player from the United Kingdom who is known for protesting racism in sport has apologized for antisemitic remarks he had made in 2012.

Azeem Rafiq said that he is “deeply ashamed” for using antisemitic language in text messages which only recently surfaced. In the exchange, published Wednesday by The Times of London, Rafiq and a friend called a non-Jewish man a “Jew” because he was reluctant to spend money on takeout meals.

“I am incredibly angry at myself and apologize to the Jewish community,” Rafiq said in a statement Thursday.

Earlier this week, in front of the British digital, culture, media and sport select committee in parliament, Rafiq wept as he testified about the racism he endured as a member of his former team Yorkshire County Cricket Club, the Times of London reported.

Rafiq, a Muslim, has talked before about being the target of racist rhetoric at the club. In September 2020, Rafiq, who moved to the United Kingdom when he was 10, said in an interview that Yorkshire’s “institutional racism” had left him close to taking his own life.

This prompted significant British media attention on racism in cricket and resulted in penalties against the club.

The club launched an internal probe and acknowledged last month that Rafiq was a “victim of racial harassment and bullying” but did not take any disciplinary action against individuals, citing lacking evidence.

Earlier this month, the England and Wales Cricket Board suspended Yorkshire from hosting international games at its Leeds stadium “until it has clearly demonstrated that it can meet the standards expected.”

Marie van der Zyl, the president of the Board of Deputies of British Jews, said in a statement: “Azeem Rafiq has suffered terribly at the hands of racists in cricket so he will well understand the hurt this exchange will cause to Jews who have supported him.” She added his apology seems “sincere.”