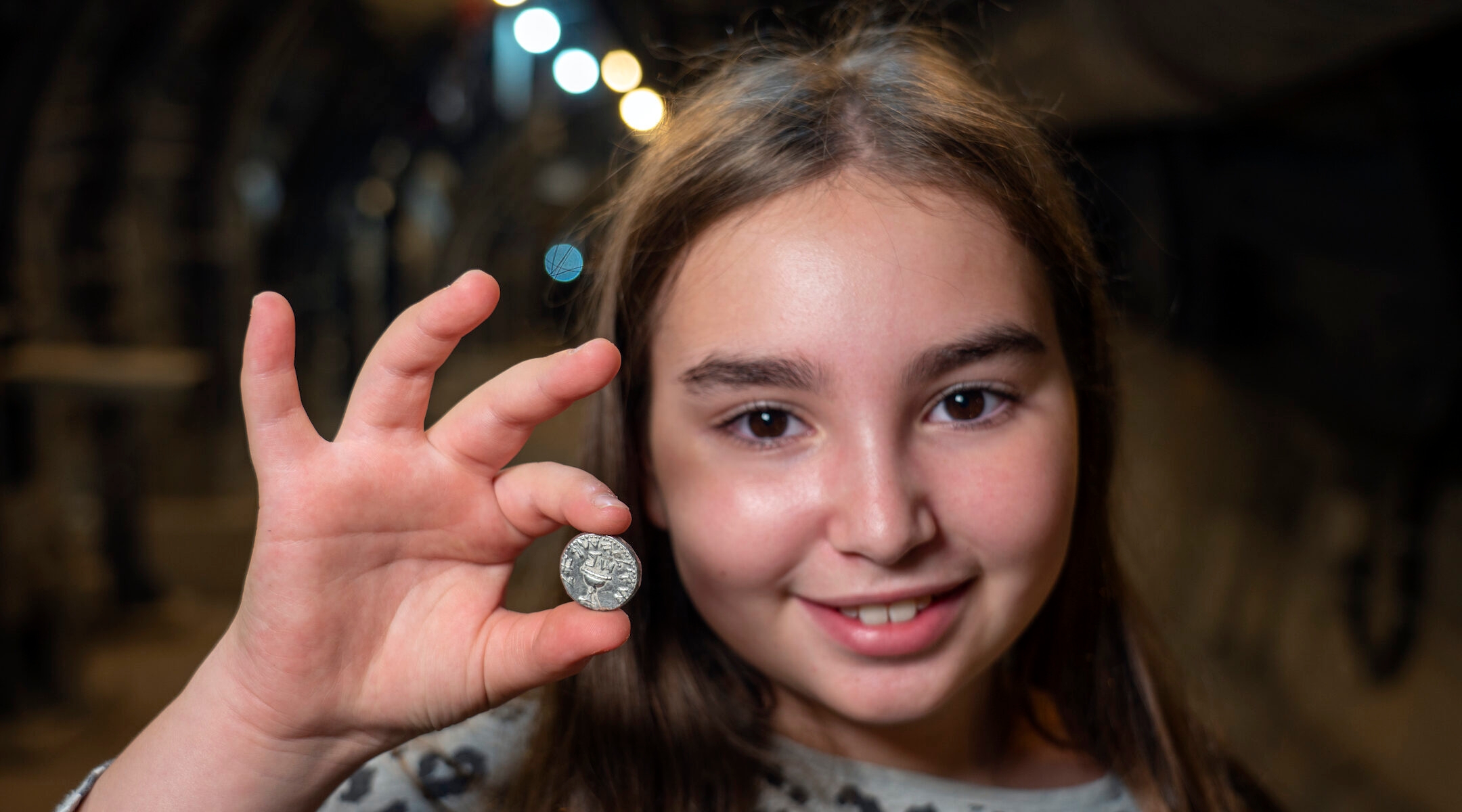 (JTA) — An 11-year-old girl found a rare silver coin dating from approximately 67-68 CE in dirt from excavations at the City of David park in Jerusalem.

Liel Krutokop was visiting the site with her family recently to sift dirt from an archeological dig when she found the coin, according to the Israel Antiquities Authority.

“We poured the bucket with the dirt on the strainer, and as we filtered the stones that were inside, I saw something round,” Krutokop said of the moment when she found the coin in a statement.

Sign up for JTA’s Daily Briefing for the latest headlines

After cleaning and examining the coin, archaeologists overseeing the site believe the coin may have been minted by Temple priests sympathetic to the cause of the Jewish rebels in their war against the Romans who controlled Jerusalem at the time. The coin is marked on one side with a cup and the letters “shin” and “bet,” which indicate that it was minted during the second year of the war, sometimes also called the Great Revolt.

The other side of the coin bears an inscription associated with the headquarters of the High Priest in the temple and the words “Holy Jerusalem.” That inscription, along with the high quality of silver from which the coin was made, indicate that the coin may have been minted by a priest using metal from the Temple’s own silver reserves.

Dr. Robert Kool, who leads the coin department at the Israel Antiquities Authority, said the coin was especially unusual because it was made of silver.

“This is a rare find, since out of many thousands of coins discovered to date in archeological excavations, only about 30 coins are coins made of silver, from the period of the Great Revolt,” Kool said.

For her part, Krutokop was pleased to be the one to make the discovery.

“I was lucky to find it, but I also want to say thank you to my sister for choosing the bucket we sifted,” Krutokop said. “If she had not chosen this particular bucket, I probably would not have found the coin.”