Is anyone Jewish enough to play Golda Meir? 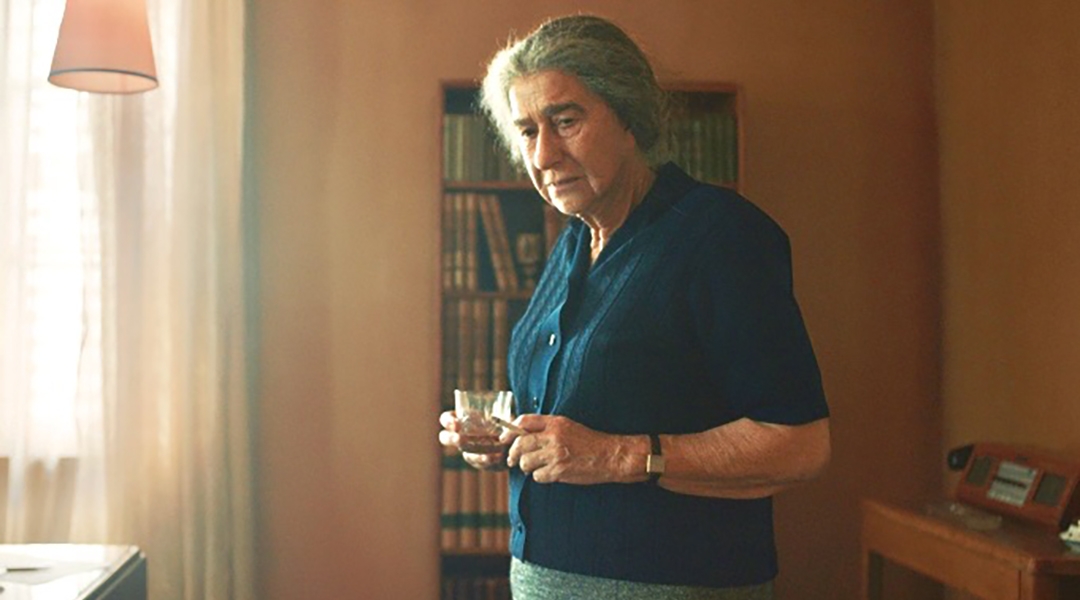 (JTA) — A still of Helen Mirren playing Golda Meir in an upcoming biopic recently made the rounds of social media. Someone reacted on Twitter, “This is what happens when non-Jews are cast as Jews.”

What happens? From what I can tell, the makeup artist did a credible, respectful job of turning the glamorous Mirren into the frumpy Meir. And knowing how Mirren has embodied other historical figures thoroughly unlike her (and Golda) – Queen Elizabeth, Hedda Hopper, Maria Altmann – I am sure her Golda will be just fine.

Mirren’s casting as Meir, however, is the latest hook for a debate over whether non-Jews should play Jews on stage and screen. Grafting arguments about representation and inclusion onto the Jewish narrative, comedian Sarah Silverman touched off the latest round in what some call the “Jewface” debate in a September episode of her podcast. Hearing that Kathryn Hahn was cast to play Joan Rivers in a limited series (a project since nixed), Silverman complained about the number of “Jewish” roles that have gone to non-Jews, saying Jews don’t count in the push for representation in Hollywood.

From what I can tell from Silverman’s comments and of those who agree with her, there are three main arguments for why Jews should be given preference in playing Jews:

2. Jews have access to Jewish culture and folkways that make them better able to inhabit their Jewish characters authentically.

3. Jewish identity, like race, is not a mask to be put on or taken off. Even a highly skilled non-Jewish actor who plays a Jew is engaged in an act of minstrelsy, no less than a white actor who plays an Asian or a Black character.

The first argument is sort of undeniable: Every role that goes to one actor is a role that doesn’t go to another. I don’t think of Jewish actors as a starving class, but I am sympathetic to those who want to play Jewish characters that speak deeply to their own Jewish identity – and to audiences who want to see Jewish identity validated on the screen and in the credits. That was partly behind Silverman’s lament to Howard Stern last November that, too often, if a Jewish woman character “is courageous, or she deserves love, or has bravery, or is altruistic in any way, she’s played by a non-Jew.”

And perhaps, as in the second argument, Jews can bring a certain authenticity to a Jewish role. I think of this as the “get me Judd Hirsch” argument, named after the actor inevitably cast to signal that the character is a soulful Jew. The downside to this argument is that it ignores the possibility for deeply authentic portrayals of Jewish characters by non-Jewish actors, like Kathryn Hahn as the rabbi in “Transparent,” or Margo Martindale’s channeling of Bella Abzug and Tracy Ullman’s uncanny Betty Friedan in “Mrs. America.”

Casting Jews as Jews can also be used in the opposite way: to forestall criticism, especially of a controversial or problematic Jewish character. Would Susie Essman’s caustic Jewish mother on “Curb Your Enthusiasm” or Ilana Glazer’s transgressive, pansexual Jewess on “Broad City” be as delightful if they were played by non-Jewish actresses?

But it is the third argument that especially troubles me – since it goes directly against the grain of how we have evolved to understand Jewish identity.

For too long, “American Jew” was assumed to be a synonym for a white, Ashkenazi man or woman. It was a stereotype based in reality, since the overwhelming percentage of American Jews could trace their ancestry to the waves of Eastern European Jewish immigration of the 19th and 20th centuries.

But as other groups began to assert their own diversity and rightful place in the American mosaic, so did different kinds of Jews: Sephardic Jews, Jews of color and Jews by choice have demanded that they be recognized as no less and no more authentic than the Ashkenazi “default” setting.

Asking whether only Jews should play Jews assumes an essentialism in Jewish identity at a time when the community is being urged to discard rigid assumptions about who is a Jew. “Funny, you don’t look Jewish” used to be a punchline; now, especially for Jews of color and Jews by choice, it is a slur. Historically, it was antisemites who categorized Jews as a “race,” exactly at the time when Jews were being emancipated and had the opportunity to (horrors!) assimilate into, say, the French or German mainstream. The term “Semite” was weaponized precisely to say that Jewish identity was innate and immutable – something you could neither discard nor take on.

But the Jews’ understanding of themselves was never so determinative. On the one hand, there is matrilineal descent – the traditional notion that Jewish identity passes at birth from a Jewish mother to her child. On the other, people are able to convert to Judaism – albeit, according to the rabbis, after being warned just what they are getting into. The Reform movement has accepted “patrilineal” descent since 1983. Israel itself widened the possibilities for Jewish belonging even further, with a Law of Return that extends citizenship in the Jewish state to those with one Jewish grandparent.

For all those reasons, many Jews tend to think of themselves as a “people” – bound together partly by biology, yes, but also by choice and common destiny.

The question, then, is this: What is “essential” about Jewish identity that makes a Jew uniquely qualified to play a Jew? Is it biology? That gets icky, especially in that it erases Jews by choice. Is it common experience? That assumes a weird sort of cultural alchemy that makes a Jewish actress, no matter her background, better equipped than a non-Jew to play a character with as particular and distinct a Jewish biography as Golda Meir.

Or to put it another way, if Helen Mirren were to convert to Judaism tomorrow, would that make her a better choice to play Golda? Would Scarlett Johansson inhabit Golda’s character more deeply simply because she has a Jewish mother? Could a devoutly religious Jew be credibly played by a famously secular actor, and vice versa?

Admittedly, I am the kind of viewer who kvells when the planets align and a Jewish actor plays a thoughtful, juicy Jewish role , especially when that actor articulates, in her performance and her public comments, how her Jewish identity comes to bear on their portrayal. That honors Jewish identity as a voluntary but meaningful part of who we are as people.