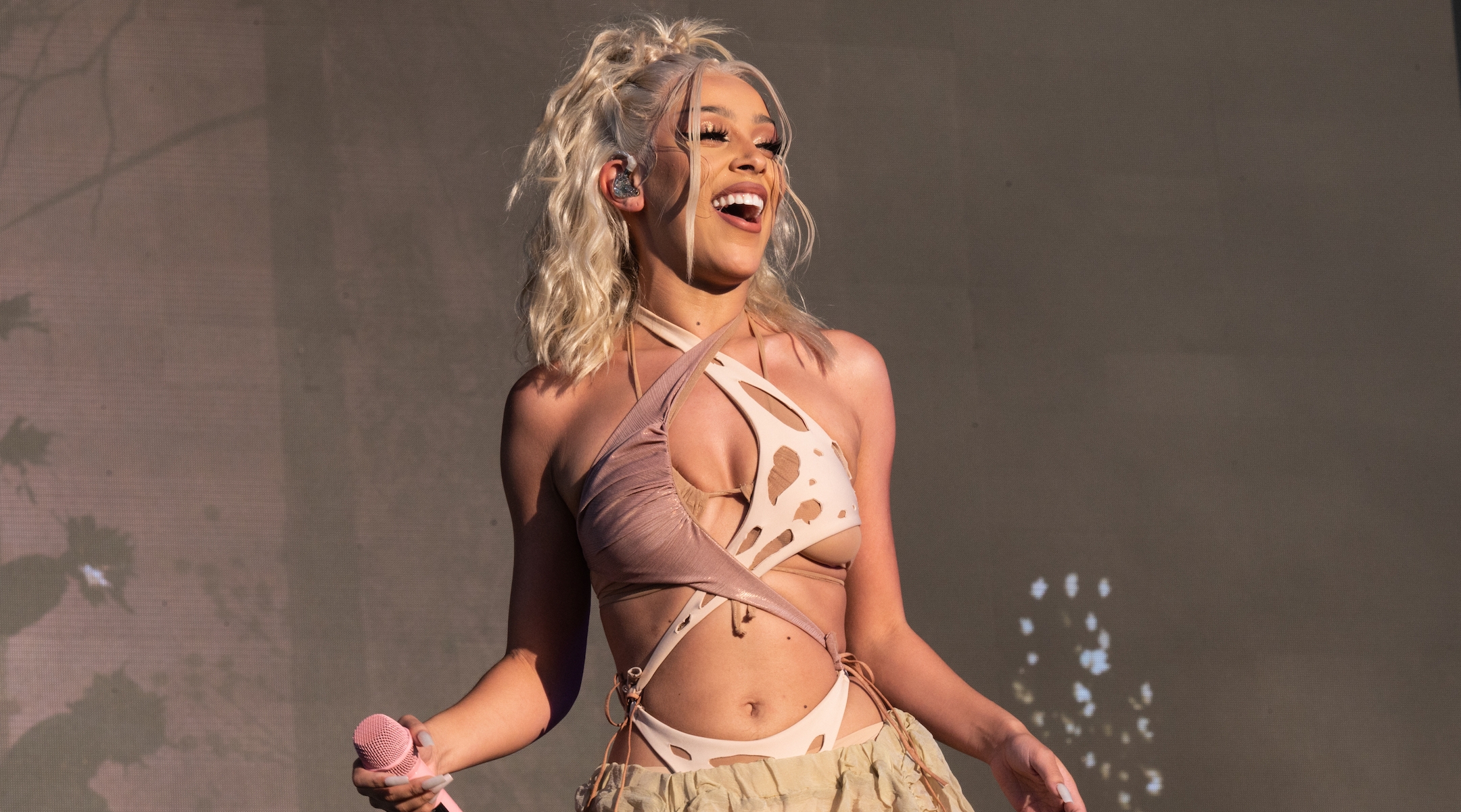 (JTA) — Some of the music industry’s most popular Jewish artists were included in the 2022 Grammy Award nominations unveiled on Tuesday.

Doja Cat, a Black and Jewish pop star-rapper hybrid who has become one of the most listened-to artists in the world — Spotify lists her as the 7th-most-streamed musician on its platform as of Wednesday morning — racked up nominations in in seven categories, including Record of the Year, Album of the Year, Song of the Year, Best Pop Duo/Group Performance, Best Pop Vocal Album, Melodic Rap Performance and Rap Song. She has a Jewish mother and a non-Jewish South African father.

Jewish day school grad Jack Antonoff, who wore a Star of David necklace to the MTV Music Awards in 2017, has become one of the most in-demand pop producers in the industry. He was nominated for Non-Classical Producer of the Year for his work in the past year with Taylor Swift, Lana Del Ray, Lorde and others.

Canadian Jewish rapper Drake, winner of four past Grammys (in addition to a record-breaking 29 Billboard Music Awards), was nominated for Best Rap Performance for his hit “Way 2 Sexy” and Best Rap Album of the year for his latest LP, “Certified Lover Boy.” Despite having once participated in a mock re-staging of his bar mitzvah on “Saturday Night Live,” he has been guarded in recent years in talking about his Jewish identity.

Stephen Schwartz, the legendary musical theater writer, was nominated for Best Musical Theater Album for “Stephen Schwartz’s Snapshots,” a scrapbook musical including songs from a range of his musicals, including “Wicked,” “Pippin” and “Godspell.”

Aaron Dessner, part of the indie rock band The National, was included in Taylor Swift’s nomination in the Album of the Year category for the album “Evermore,” which he helped write, along with Antonoff. (The pair did the same with Swift’s “Folklore” album last year.) Dessner’s brother Bryce, who is also in The National and was also included in the nomination for helping in the recording process, wrote a classical music piece in 2013 partially inspired by their Jewish grandmother’s heritage and immigration to the United State.

Israeli cellist Matt Haimovitz was co-nominated for his work on an album up for Best Classical Solo Voice Album. He was also nominated last year in the classical compendium category.

The awards ceremony will take place Jan. 31 in Los Angeles.