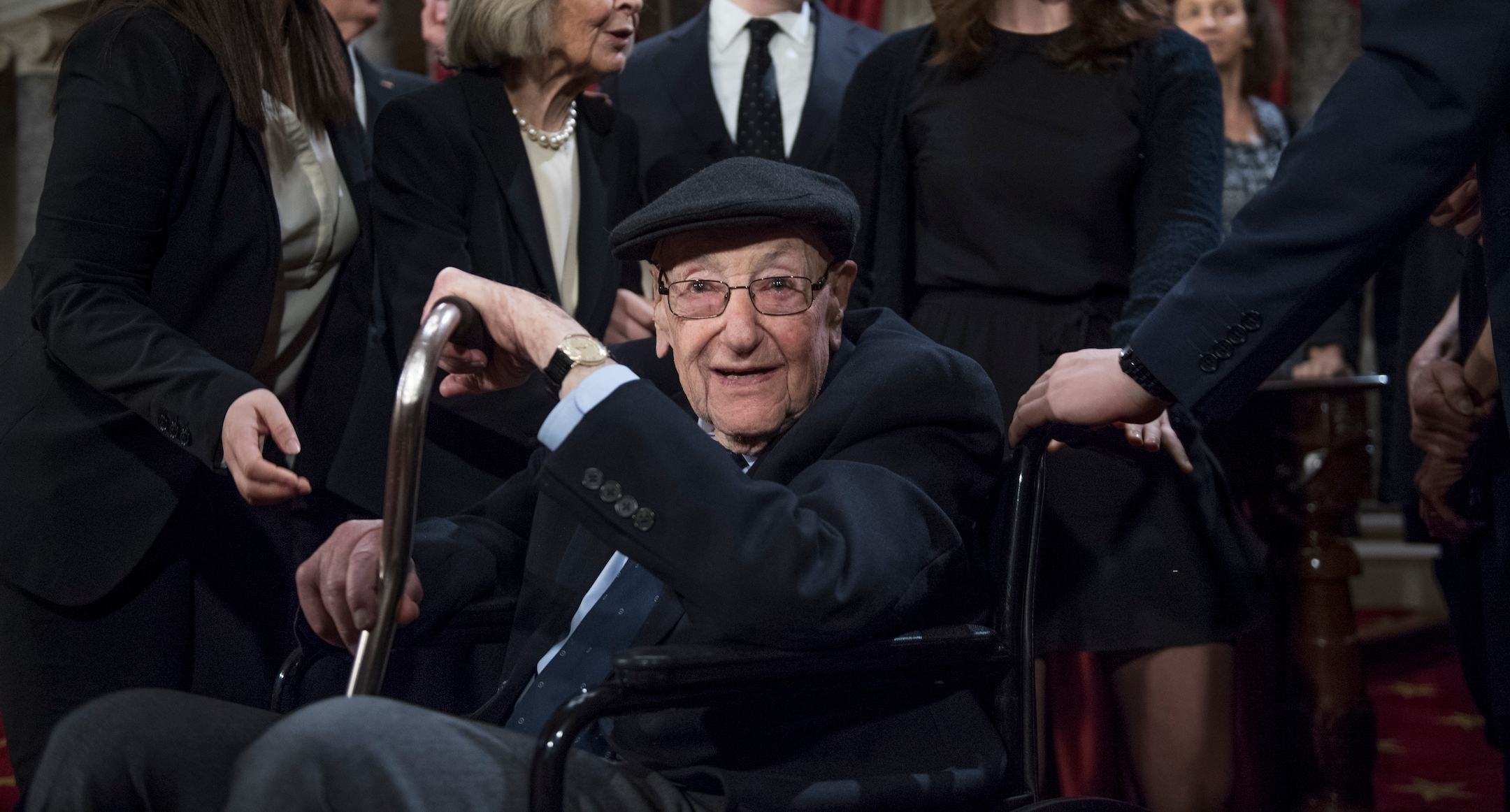 (JTA) — Abraham Schumer, the father of Sen. Chuck Schumer, died Wednesday in a Long Island hospital after recently undergoing surgery for heart problems. He was 98.

Sen. Schumer remembered his father as a hard-working member of the “greatest generation” in a tweet Wednesday.

“In so many ways—he personified the greatest generation. He took whatever was thrown at him no matter how difficult, did his job, never complained. An amazing husband, parent, grandparent, great-grandparent. We love him & will miss him,” Schumer wrote.

Abraham Schumer was born in 1923 and grew up in Utica, New York. He served as a radar operator in the Pacific during World War II and later took over his family’s exterminating business in Brooklyn.

My dad, Abe, is 98 years old. He served our country proudly in the Pacific in WWII. And I’m thankful for all he’s done for our country and our family. #VeteransDay pic.twitter.com/jUhJZ1m5ww

The younger Schumer remember his father pacing the floor of the family’s home early Monday mornings because he dreaded going to work at the start of the week.

“He struggled his whole life…my brother and sister and I would hear him at 2 am…Sunday night, pacing the floor because he hated going to work,” Schumer told James Corden in March after his parents received the coronavirus vaccines and reunited with their great-grandson.

But Schumer said his father was happy once he retired and happiest of all when he was with his great-grandson: “But then he retired and then he became a happy guy. And you know, the greatest joy in his life is his great-grandson. For a year he couldn’t see him, then they got the shots, they’re over 85, and for the first time he saw him on Sunday — what a joy.”

Schumer and his wife, Selma, had two sons and a daughter. Sen. Schumer is their oldest son.

At a news conference this week, Sen. Schumer told the story of his own birth on Thanksgiving Day 1950.

“What they used to do in those days — there was none of this spouse in the delivery room, touchy feely — they sent the husbands down to a room, they paced and smoked cigars and waited for the blessed event,” Schumer said, according to the New York Daily News.

At some point, his father decided to step out of the hospital to watch the Thanksgiving Day Parade, which was happening just a few blocks away. When he saw a friend at the parade, the two celebrated the baby’s birth over drinks and Abraham Schumer didn’t make it back to the hospital until some five hours after the baby was actually born, “creating the first fight my parents had over me,” Schumer said. “They’ve been happily married for 72 years.”