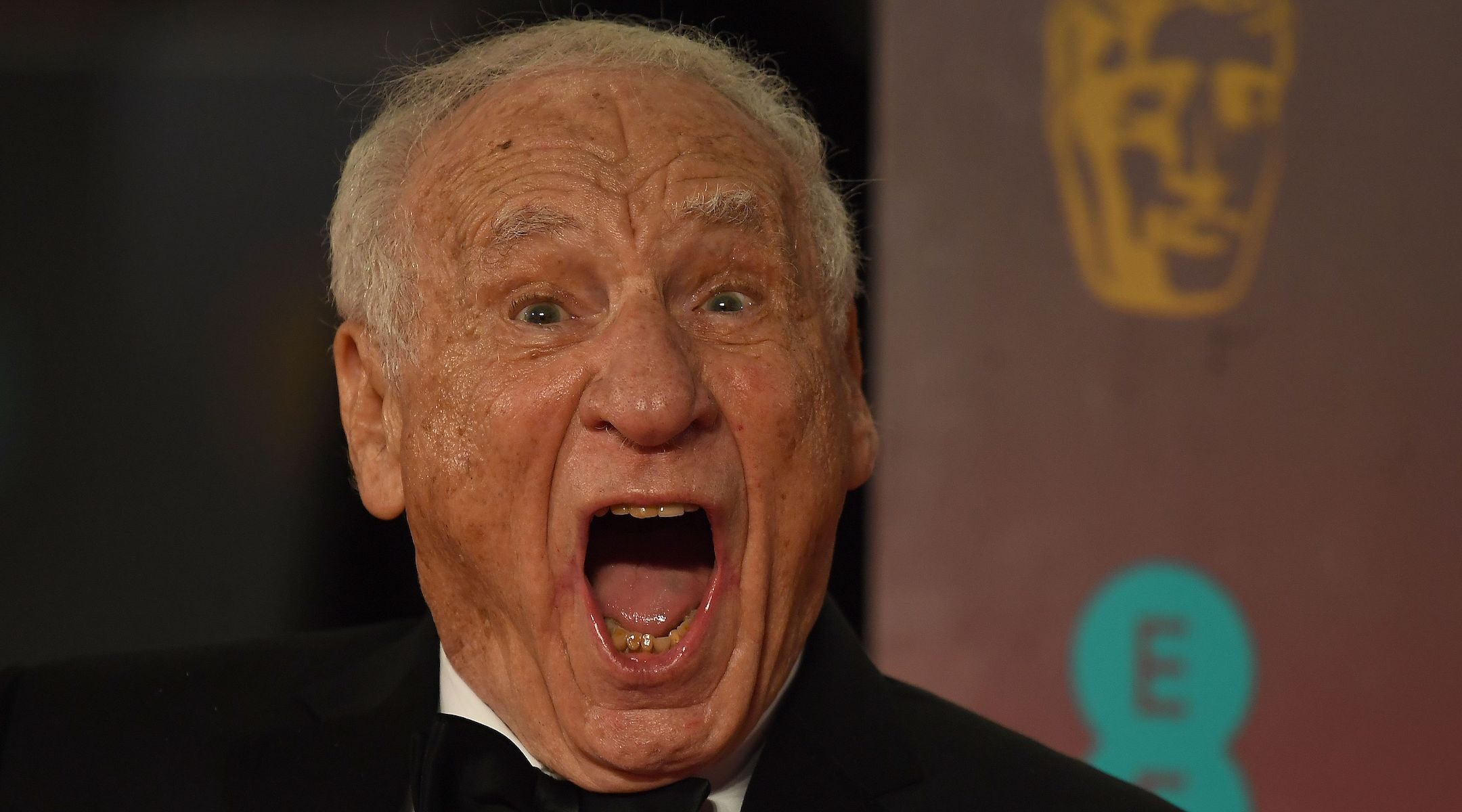 (JTA) — At 95, Mel Brooks is finally ready to speak his truth: A deli without Cel-Ray is no deli at all.

The comedy icon and EGOT winner whose movies, musicals and stage acts defined the last century of American Jewish humor is celebrating the release of his new memoir, “All About Me!: My Remarkable Life in Show Business,” and his upcoming Hulu production of “History of the World: Part II.”

In an interview with The New Yorker, Brooks also revealed his favorite deli sandwich (“a white-meat turkey sandwich with Thousand Island dressing and coleslaw, and one slice of corned beef, just for the accent, with a little bit of mustard”), with the important caveat that the Dr. Brown’s celery-flavored soda should be part of the meal.

“If there’s a deli that’s worth its salt it’s going to have Dr. Brown’s Cel-Ray tonic,” Brooks told interviewer Michael Schulman. The cult-favorite soft drink is a staple of Jewish delis in New York, Los Angeles and Florida.

Of course, the man behind “Springtime for Hitler” had many other Jewish observations at the ready, including tributes to his departed collaborators Carl Reiner, Sid Caesar and Gene Wilder. But Brooks also defends a point he also makes in his memoir: that his humor isn’t “Jewish” per se, but rather “New York.”

“Jewish comedy was softer and sweeter. New York comedy was tougher and more explosive,” Brooks tells The New Yorker. “There’s some cruelty that you find in New York humor that you wouldn’t find in Yiddish humor. In New York, you make fun of somebody who walks funny. You never find that in Sholom Aleichem. You’d feel pity.”

Incredibly, Brooks had never written a memoir before; he says his son, novelist Max Brooks, encouraged him to tackle the project during the COVID-19 pandemic. But he has certainly told his share of life stories over the past decade, whether in documentaries, live stand-up at the Geffen Theater or in a traveling stage show accompanying screenings of his most beloved films. With no signs of slowing down, Brooks may well keep slurping Cel-Ray and belting “High Anxiety” for another century.