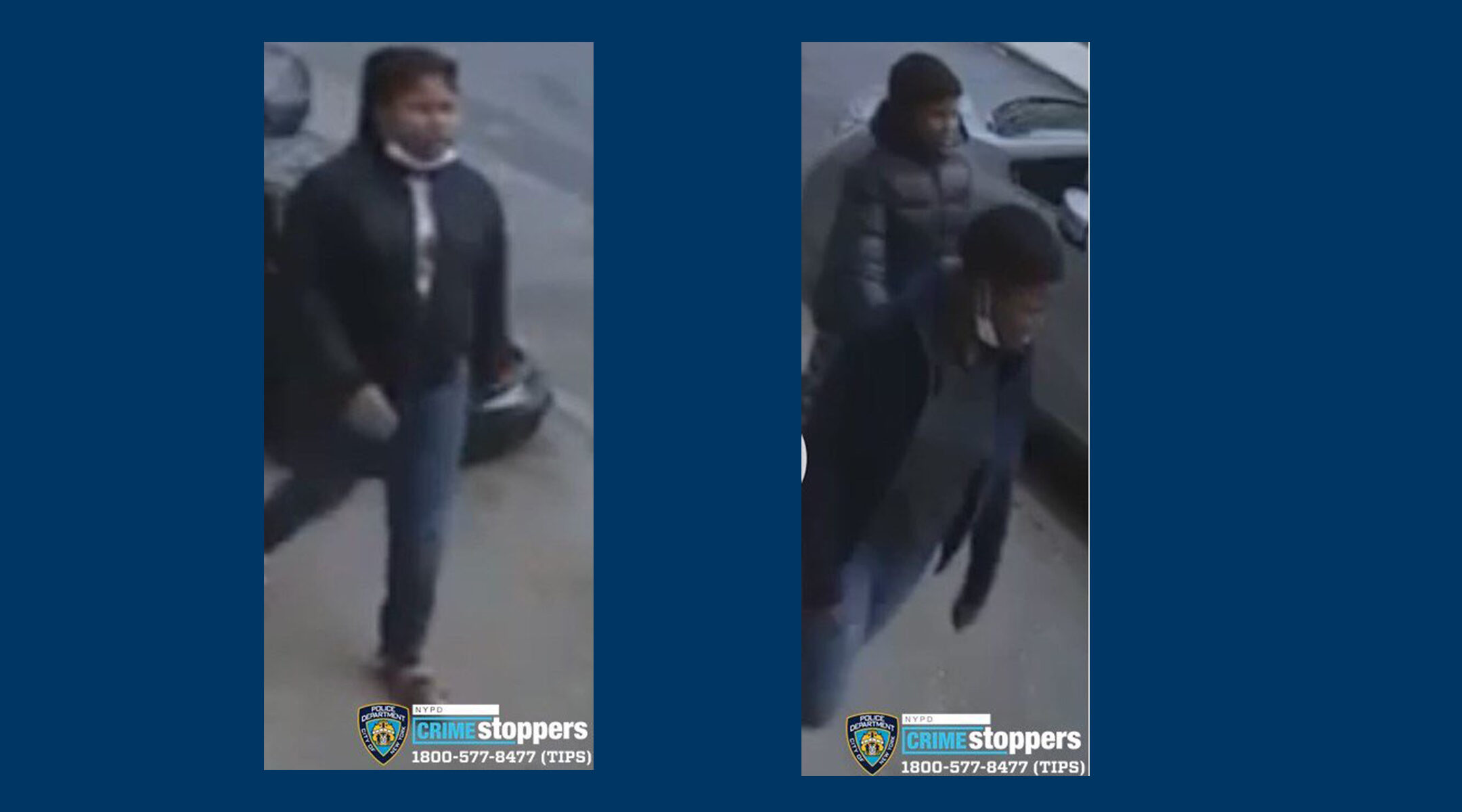 NYPD is asking for the public's assistance in locating these suspects in relation to three attacks on Jewish New Yorkers over the weekend. (NYPDHateCrimes/Twitter)
Advertisement

Police are asking for the public’s help in identifying the suspects, who they have narrowed down to the same group of three women caught on surveillance footage.

The second two attacks occurred around 5:30 pm on Sunday, Nov. 28, the first night of Hanukkah. An 18-year-old girl was pulled to the ground, and a 9-year-old boy was slapped on the head.

All of the victims were wearing traditional Jewish clothing at the time of the attacks.

The NYPD Hate Crimes Unit has set up a tip line to report any information related to the attacks, which can be reached by calling 1-800-577-8477, visiting the NYPD Crime Stoppers website or by messaging @NYPDTips on Twitter.

According to the NYPD Hate Crimes Dashboard, last updated at the end of September, the NYPD has registered 416 hate crimes in New York City this year. Of these reported hate crimes, 144 — more than a third — have been committed against Jews. These numbers are 55% higher than they were during the same period in 2020, where 93 of 206 reported incidents were committed against Jews.

The Anti-Defamation League of New York/New Jersey announced that it is offering a reward of up to $10,000 for information leading to the arrest and conviction of the individual or individuals responsible for the attacks.