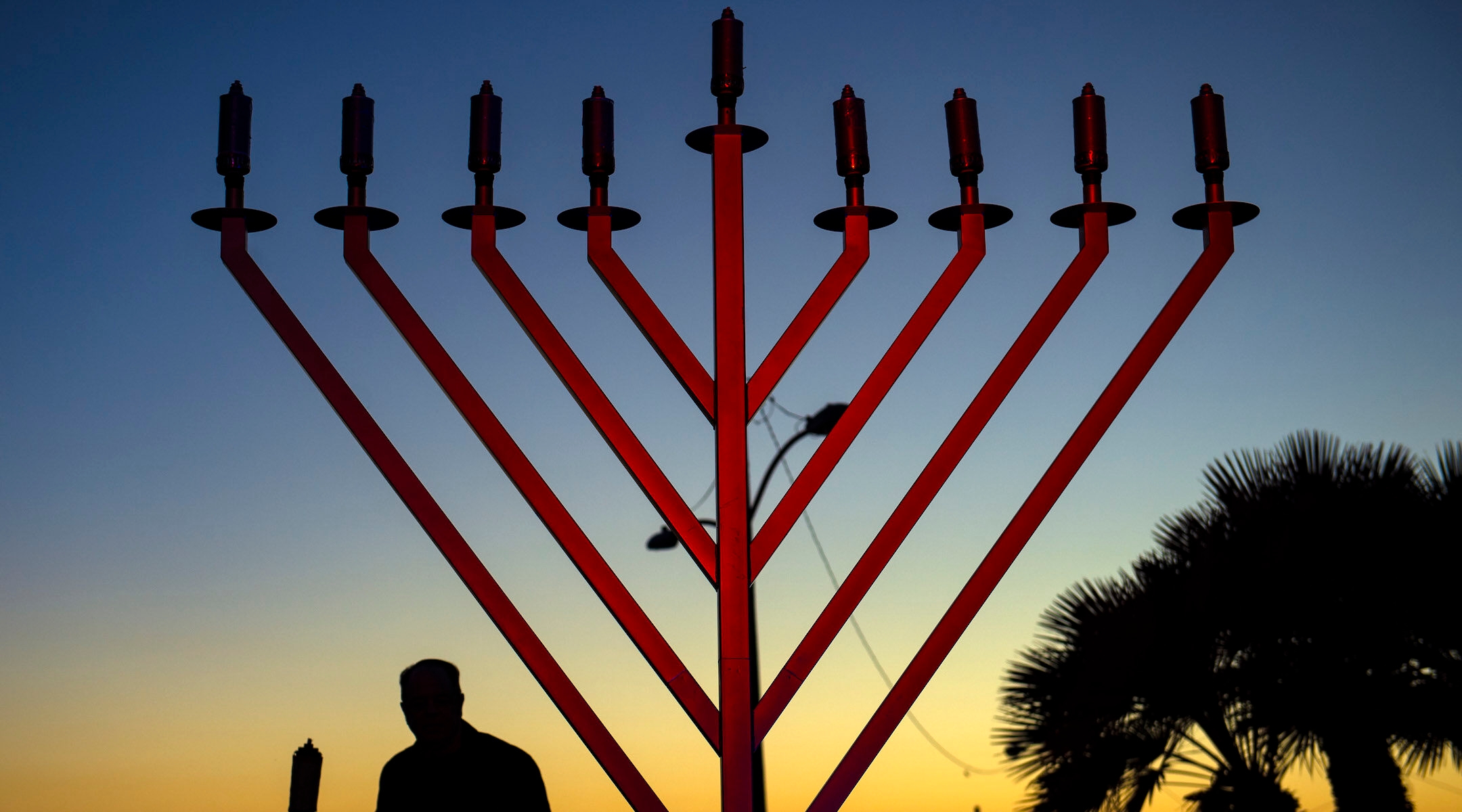 (JTA) — A Chabad house in Austin organized a Hanukkah menorah lighting in an unusual place on Monday night: on a highway overpass looking out over the busy MoPac Expressway.

They didn’t just pick the location so drivers would see the menorah on their evening commute. Instead, they wanted transform the spot, which had been the site of an antisemitic demonstration, into something brighter.

On Oct. 24, members of the neo-Nazi group the Goyim Defense League hung antisemitic banners from that spot reading “Vax the Jews.” The overpass is just a few blocks away from the Shalom Austin Jewish Community Center and several synagogues, and the incident happened just a few days after racist and antisemitic graffiti was discovered at Anderson High School, about a mile and a half away from the community center.

The incident was soon followed by another incident of antisemitism, when a fire was set in front of Congregation Beth Israel in another part of Austin. While no one was hurt, the fire damaged the synagogue’s carved wooden doors and caused smoke damage throughout the sanctuary.

Rabbi Yosef Levertov, director of Chabad Lubavitch Austin, told Chabad.org that the menorah lighting in that spot was a deliberate symbol of Jewish pride in the face of antisemitism.

“We will transform these sites to places of light,” Levertov said.