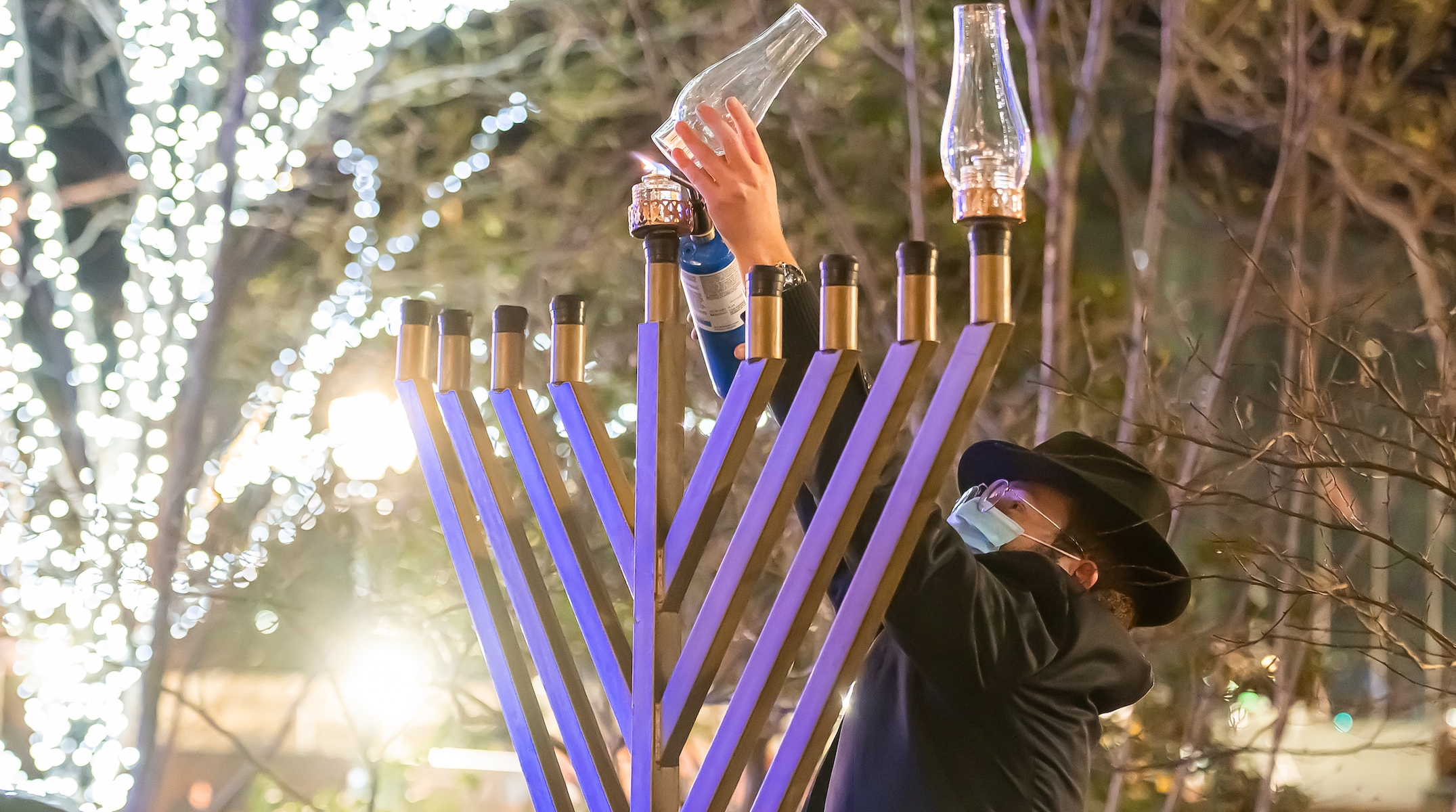 A large menorah — like this one, photographed at Hudson Yards in December 2020 — was pushed over and damaged in Hollis Hills, Queens, over the weekend. Gov. Kathy Hochul is asking the state police’s Hate Crimes Task Force to investigate. (Noam Galai/Getty Images)
Advertisement

(New York Jewish Week via JTA) — After a large public menorah was knocked into the street in Queens, New York Gov. Kathy Hochul has instructed the state police Hate Crimes Task Force to investigate the incident.

“Jewish New Yorkers should be able to celebrate Hanukkah without being subjected to acts of antisemitic hate,” Hochul tweeted Tuesday night, calling the damage a “disturbing act against our Jewish neighbors.”

The menorah was pushed over into the street in Hollis Hills, a residential Queens neighborhood, over the weekend. Chabad Rabbi Yerachmiel Zalmanov, who erected it, called the police after he saw the damage, according to the New York Daily News. The police responded on Saturday.

On Saturday 11/27 – one day before Chanukah – the large menorah at Union Tpke and 220 St was knocked down and its lights broken.
Chanukah is a time of peace and joy. I gathered with civic and religious leaders today to state that no acts of anti-Semitism will ever be tolerated! pic.twitter.com/GJTahvmKuF

A similar menorah at the same street corner, on Union Turnpike and 220th Street, was knocked over twice in 2014, and no arrests were made for those incidents.

Elected officials condemned the damage, which state Assemblyman David Weprin, who is Jewish, said broke most of the menorah’s lights.

“I condemn this despicable act of vandalism as the Jewish community celebrates Hanukkah,” Rep. Grace Meng, who represents the neighborhood, said in a statement. “We will not tolerate this disgusting and cowardly behavior, and we must continue to call out these crimes. Those responsible must be held accountable.”

Chabad says its rabbis are erecting 15,000 public menorahs worldwide this year. Those menorahs, and a smaller number erected by other denominations or by non-Jewish officials seeking to create equitable displays, regularly experience vandalism during Hanukkah, including last year when there were a string of attacks on menorahs and Jews during the holiday.

The Queens incident took place shortly after two Jewish children and a Jewish teenager were assaulted on the streets of Brooklyn over the weekend. The NYPD’s Hate Crimes Unit is investigating those incidents.