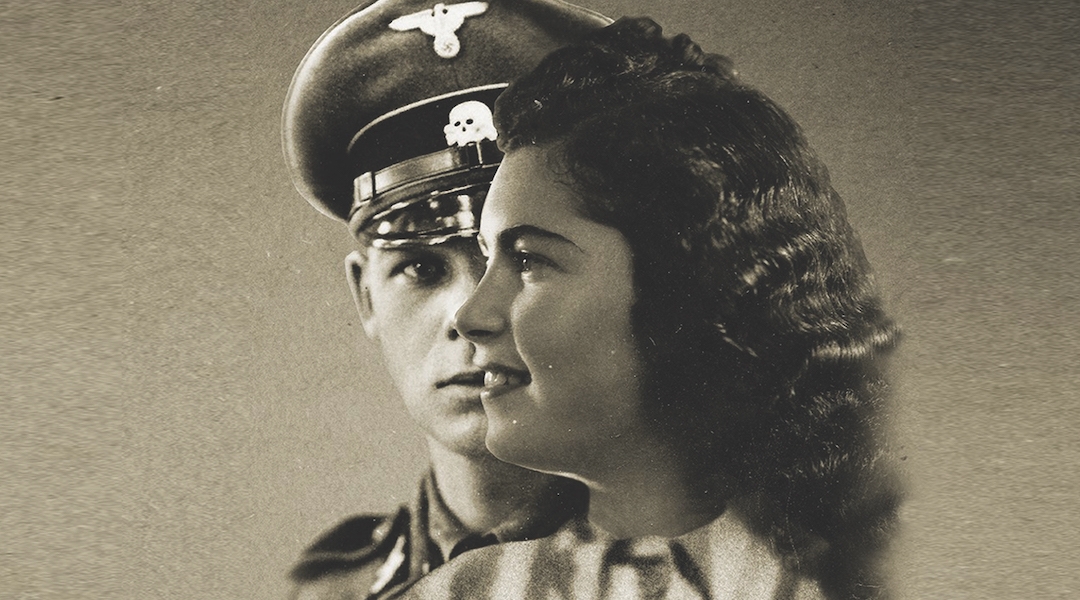 "Love It Was Not." (Greenwich Entertainment)
Advertisement

(JTA) — “Nazisploitation,” a pop-culture subgenre that draws on imagery and stories from the Holocaust for winkingly perverse entertainment, is built around the idea that there are bad-taste ways to interpret an incomparable tragedy that can nevertheless prove enlightening.

Both of those movies are fictional (or heavily fictionalized) interpretations of such a love affair, using made-up stories to pose questions about power dynamics and internalized guilt.

History gives us an actual example of what this kind of relationship actually looked like: the story of Helena Citron, who was a Jewish prisoner of Auschwitz in her teens, and Franz Wunsch, the Austrian SS officer who simply decided, while guarding her at the death camp and hearing her sing old German love songs, that she was the love of his life.

Now, this story is being retold in the Israeli documentary “Love It Was Not,” which begins streaming in the United States today after being nominated for an Ophir Award for Best Documentary in Israel last year. And as its title indicates, the actual dynamics at play in this affair were not easy to define.

Most importantly, from the Jewish perspective, is the fact that this was not a mutual love affair. In the camp, Wunsch held all the cards; he could decide whether Citron and her family would live or die. The film depicts his infatuation as something like a coping mechanism for the barbaric acts he was committing against every other Jew at the camp — Wunsch seemingly displaced his humanity toward his fellow man by redirecting it toward Citron alone.

Citron, in turn, did what anyone in her situation would do, and used every leverage she could to ensure her own survival, reciprocating affection in order to convince Wunsch to give her placement in an easier labor barrack, and to allow her to nurse herself back to health when she came down with typhus. Much of the attention placed on the story in the intervening decades has focused on the question of how much Citron actually enjoyed playing this role, and whether there was any part of her that reciprocated Wunsch’s affections.

In the film, we see an infamous photo of her in Auschwitz, wearing her striped uniform as she smiles brightly for the camera in a way few Jewish prisoners of the camp had reason to. We also see testimony she gave on Wunsch’s behalf decades later, when he was being prosecuted by the Austrian government for his role in the Holocaust.

Director Maya Sarfaty reconstructs Citron and Wunsch’s story primarily via archival interviews — her two subjects and various other witnesses (including fellow survivors from the camp) have previously told their stories on Israeli television and, in Wunsch’s case, a home-video recording prior to his death. There are occasional fresh interviews, such as that of Wunsch’s daughter, who found it odd her father carried a torch for his Jewish prisoner all his life.

Safarty’s chief storytelling innovation borrows from one of Wunsch’s quirks — he would cut out the photo of Citron’s smiling face from Auschwitz and paste it in a variety of more pleasant settings to imagine the two of them living a happy life together. So the filmmaker also creates dioramas out of Citron’s photo as a way of retelling her story — though this also has the (perhaps intended) effect of making her horrific experience seem almost childish.

Many of the decisions Citron makes in the camp reverberate into new worlds of tragedy, some things her surviving friends and family cannot forgive her for: chief among them, her leaning on Wunsch to save a sister bound for the gas chambers, while leaving her two young children to die. The film’s title refers to the name of one of the songs Citron would sing to Wunsch in the camp, a sign that perhaps there was little emotion undergirding this relation. Despite the tabloid-y nature of the film’s subject, Safarty’s approach is far from exploitative.

“Love It Was Not” is available for video-on-demand rental in the United States starting Dec. 3.