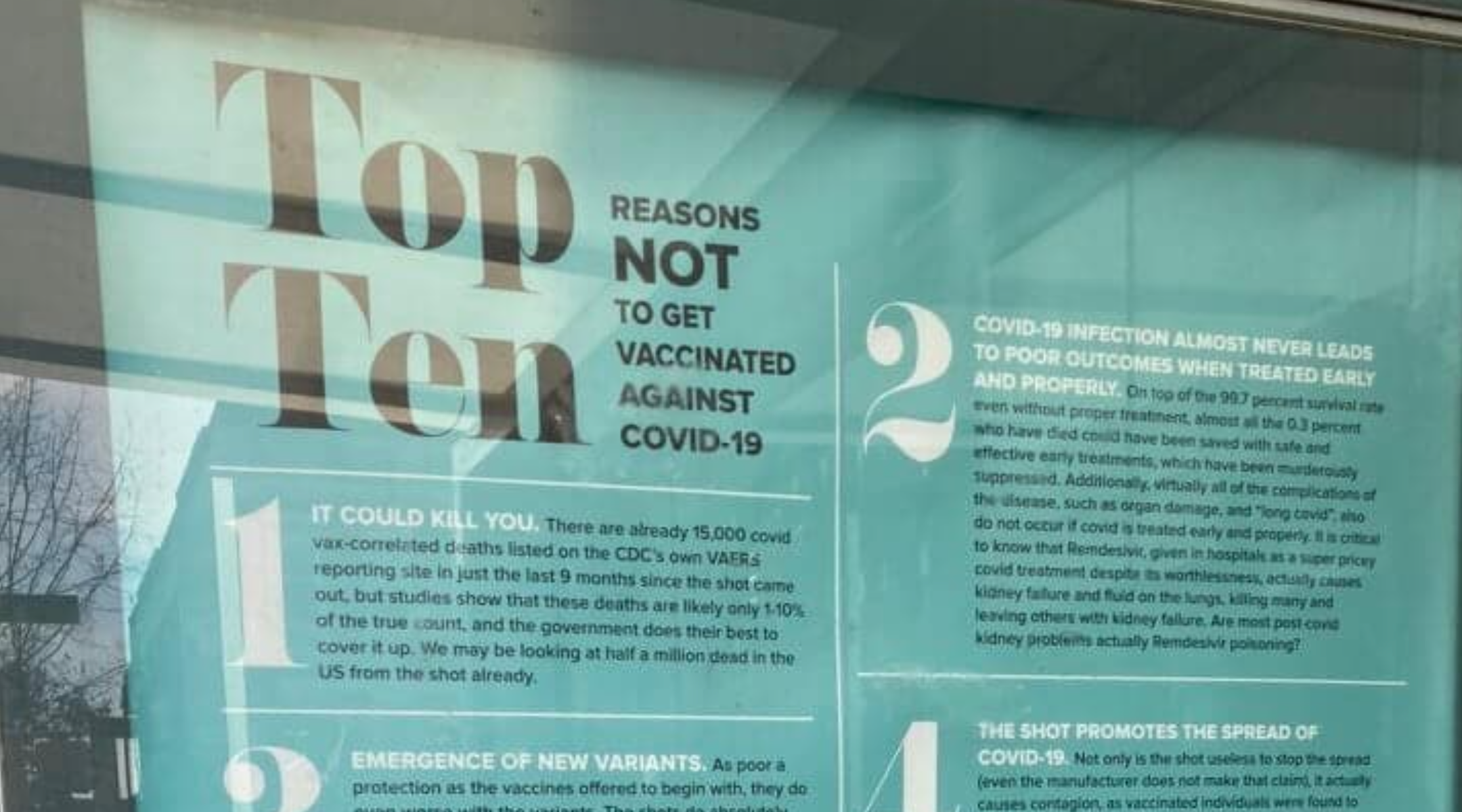 The ad, which briefly appeared at a bus stop in Crown Heights but was taken down. (Screenshot from Twitter)
Advertisement

(New York Jewish Week via JTA) — Compared to the rest of New York City, the residents of Brooklyn’s Crown Heights neighborhood have both been hit harder by COVID-19 and more reluctant to vaccinate themselves against the virus.

Those statistics have prompted a group called the Jewish Orthodox Women’s Medical Association to put up a series of ads encouraging their neighbors — including a large population of Hasidic Jews — to get the shot.

But on Thursday, that effort briefly spawned another public-health challenge: an imitation of the ad campaign that instead advocated against vaccination with false and misleading data. The false ads were put up by another Jewish group that opposes the vaccines, based on misinformation. It was not approved by the MTA and was quickly removed once photos of it surfaced on social media, according to The New York Times.

The anti-vaccine ad copied the diction and format of the pro-vaccine campaign, listing the “Top Ten reasons NOT to get vaccinated against COVID-19.” The first reason reads (again, falsely), “It could kill you.”

The ad by the anti-vaccine group is part of a years-long effort by a small group of haredi Orthodox Jews to advocate against vaccines — first against the measles vaccine and, recently, against COVID immunization.

Many leading Orthodox authorities and umbrella groups across the spectrum of Orthodoxy have urged their communities to get vaccinated, producing public messaging campaigns and issuing Jewish legal rulings.

But the anti-vaxx movement in the United States has found Orthodox backers. Instead of the shot, the anti-vaccine group’s website promotes unapproved treatments like hydroxychloroquine and ivermectin, which the FDA cautions against.

The group’s website says its members are “Standing for Truth, Medical Freedom, and G-d Awareness.”

They’re not the only Orthodox activists to oppose vaccination in the name of Judaism. Earlier this year, a Florida rabbi offered to give religious exemptions to anyone — Jewish or not — hoping to sidestep a vaccine mandate.