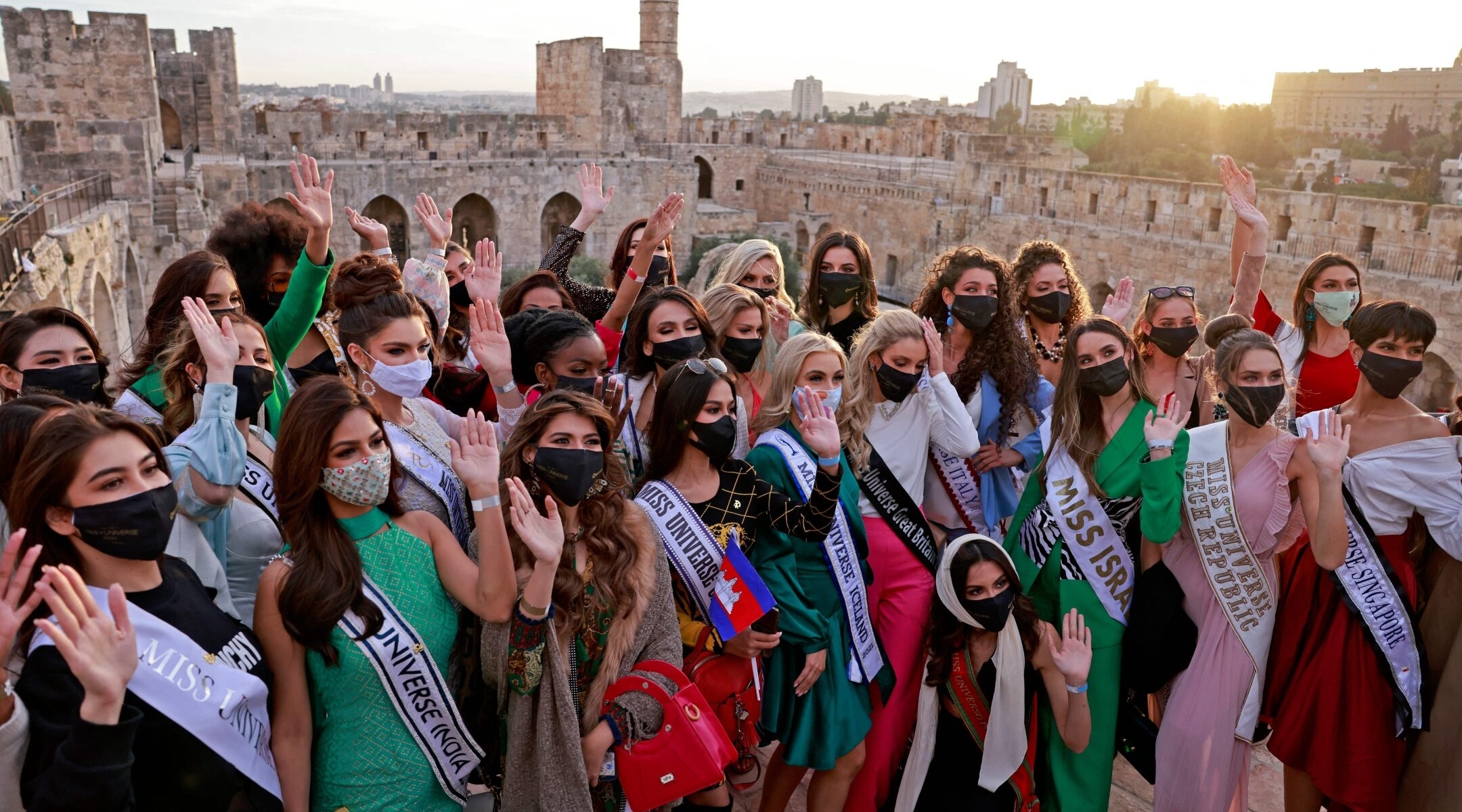 Contestants of the Miss Universe pageant visit the Tower of David Museum in the ancient citadel of Jerusalem near the Jaffa Gate entrance to Jerusalem's Old City, Nov. 30, 2021. (Menahem Kahana/AFP via Getty Images)
Advertisement

(JTA) — When she won the privilege of representing Puerto Rico in the Miss Universe contest, Michelle Marie Colon spoke of her pride in making history as the first Black woman from the territory to seize the honor.

This week in Israel, where the contest is being held, she has been touting pride in another aspect of her heritage: her Jewish great-grandfather who escaped the Holocaust.

Last week, Colon posted a photo of her holding hands with Noa Cochva, the Israeli entrant into the contest, beneath a wall covered with portraits of victims of the Holocaust.

“My great grandfather, Rodolfo Cohn, was a survivor of the Holocaust,” Colon wrote. “He moved to the Caribbean and met Dorila Thomas, my great grandmother; an empowered Afro-Caribbean woman — descendant of slaves — who was the administrator of a farm at the time. Together, they formed a solid family full of love, built upon empathy and resilience.”

She had told the story in an impromptu talk while the contestants toured Yad Vashem, the national Holocaust memorial in Jerusalem. Dani Dayan, the memorial’s chairman, posted a video on Twitter on Saturday and it soon went viral.

“I came here to Israel knowing that I would be more connected to my family because my [great] grandfather actually escaped from the Holocaust and all of his other family members, his sisters, his brothers, even their daughters — four daughters — were killed in the concentration camps, especially in Auschwitz,” Colon said.

Colon’s comments come at a time when advocates are seeking to turn the pageant, scheduled for Dec. 12 in Eilat, into a political referendum on Israel.

Palestinian advocates have called for contestants to boycott the competition, but only Malaysia and Indonesia have so far committed to doing so.